Please refer to Rebels and The Raj Class 12 History Important Questions with solutions provided below. These questions and answers have been provided for Class 12 History based on the latest syllabus and examination guidelines issued by CBSE, NCERT, and KVS. Students should learn these problem solutions as it will help them to gain more marks in examinations. We have provided Important Questions for Class 12 History for all chapters in your book. These Board exam questions have been designed by expert teachers of Standard 12.

Question. What was doctrine of lapse?
Ans. The native states without natural successor were forcefully made part of British Empire.

Question. What was the Doctrine of Lapse theory?
Ans. It was the policy of Dalhousie, the then Governer General. This Doctrine was based on the idea that in case a ruler of dependent state died childless, the right of ruling over the state lapsed to the sovereign.

Question. What was Subsidiary Alliance System?
Ans. It was a system devised by Lord Wellesley in 1798.

Question. Discuss the evidences that indicated planning and coordination on the part of rebels.
Ans. (1) Mostly cantonments soldiers were revolting.
(2) The rebels after revolting in Meeru set out for Delhi immediately. They wanted support of the Mughal emperor.
(3) The messengers were working for transmitting news from one place to another.
(4) Native officers’ panchayats were convened at night and collective decisions were taken.
(5) To send chapattis from one place to another place was common.
(6) New administration was established.

Question. What steps did the British took to quell the uprising?
Ans. (1) Marshall Law was clamped throughout the north India.
(2) All Englishmen were empowered to punish Indians.
(3) The common process of law and trial was brought to an end.
(4) British army assisted from many sides.
(5) Many native states assisted against rebels.
(6) Rebels were cruelly punished.

Question. What was Subsidiary Alliance System?
Ans. (i) It was a system devised by Lord Wellesley in 1798.
(ii) According to its terms, the British would be responsible for protecting their ally from external and internal threats to their power.
(iii) In the territory of the ally, a British armed contingent would be stationed, whose expenditure would be borne by the ally.

Question. What did the rebels want? To what extent did the vision of different social groups differ?
Ans. (1) The rebels wanted to root out the British authority from India and restore pre-British world.
(2) Interests of all classes of Indian society were hurt. It led to general resentment against the British among them.
(3) The rulers and jagirdars wanted to reoccupy their respective kingdoms and jagirs.
(4) Indian merchants wanted concessions in trade. They did not like interference in their accounts and transactions.
(5) The peasants wanted liberal land revenue with liberal means of realization. They also wanted to abolish exploitation by Zamindars and Sahukars.
(6) The government servants wanted good respect, salary, power and dignity.
(7) Indian artisans and craftsmen wanted good vocational conditions.
(8) Pandits, Fakirs and other learned persons wanted to protect Indian culture and religion.

Question. what were the causes for the discontent among the soldiers before the mutiny of 1857.
Ans. (i) Fear of new cartridges.
(ii) Grievance about leave and promotions.
(iii) Low salary compared to European soldiers at the same rank.
(iv) Fear of loss of their religions.
(v) Anger against misbehaviour.
(vi) Feeling of racial supremacy among the British.
(vii) Nexus between soldiers and villagers, i.e., impact of new land revenue settlements. 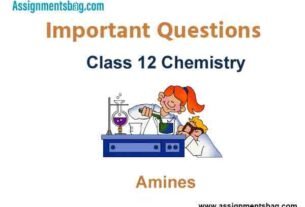 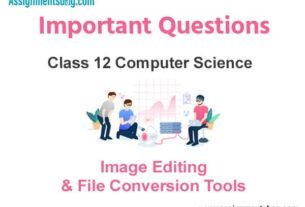