Question. Define the following term :
Invert sugar
Answer. An equimolar mixture of glucose and fructose, obtained by hydrolysis of sucrose in presence of an acid or the enzyme invertase is called invert sugar

Question. State two functions of carbohydrates.
Answer. (i) Carbohydrates act as storage molecules as starch in plants and glycogen in animals.
(ii) They act as constituent of cell membrane.

Question. What type of linkage is responsible for the formation of proteins?
Answer. Peptide linkage

Question. Define a ‘Peptide linkage’.
Answer. Proteins are the polymers of a-amino acids linked by amide formation between carboxyl and amino group. This is called peptide linkage or peptide bond e.g.,

Question. Where does the water present in the egg go after boiling the egg?
Answer. An egg contains a soluble globular protein called allumin which is present in the white part. On boiling, denaturation (loss of biological activity) of this protein takes place which results in the formation of insoluble fibrous proteins. The water molecules are utilized in this process.

Question. Explain the following term :
Polypeptides
Answer. Polypeptides are the macromolecules formed by combination of 10 or more amino acids.

Question. Define the following term :
Enzymes.
Answer. Enzymes : Most of the chemical reactions which occur in living systems process at very slow rates under mild condition of temperature and pH. These reactions are catalysed by a group of biomolecules called enzymes.

Question. Name the Deficiency diseases resulting from lack of Vitamins A and E in the diet.
Answer. Vitamin – A : Night blindness
Vitamin E : Muscular weakness.

Question. How are hormones and vitamins different in respect of their source and functions?
Answer.

Question. The deficiency of which vitamin causes the disease, ‘pernicious anaemia’?
Answer. Vitamin B12

Question. What type of linkage is present in nucleic acids?
Answer. Ester linkage

Question. Name of the base that is found in nucleotide of RNA only.
Answer. Uracil

Question. Mention one important function of nucleic acids in our body.
Answer. DNA is reserve of genetic information and responsible for heredity transmission.

Question. Name of the purines present in DNA.
Answer. Adenine and guanine

Question. Enumerate the reactions of glucose which cannot be explained by its open chain structures.
Answer. The following reactions of D-glucose cannot be explained on the basis of its open chain structure :
(i) D-Glucose does not react with sodium bisulphite (NaHSO3).
(ii) It does not give 2, 4-DNP test and Schiff ’s test.
(iii) The pentaacetate of D-glucose does not react with hydroxylamine.
(iv) D-Glucose shows the phenomenon of mutarotation, i.e., when its aqueous solution is kept for sometime its optical activity changes.
(v) On reaction with 1 mole of methanol, it yield two monomethyl derivatives which are known as methyl a-D-glucoside and methyl-b-Dglucoside.

Question. Mention the type of linkage responsible for the formation of the following :
(i) Primary structure of proteins
(ii) Cross-linkage of polypeptide chains
(iii) a-helix formation
(iv) b-sheet structure
Answer.

group of an adjacent turn of the helix. In b-pleated sheet structure, all peptide chains are stretched out to nearly maximum extension and then laid side by side which are held together by intermolecular hydrogen bonds.

Question. When RNA is hydrolysed, there is no relationship among the quantities of different bases formed. What does this fact suggest about the structure of RNA?
Answer. When a RNA molecule is hydrolysed then there is no relationship between the quantities of four bases viz. adenine (A), guanine (G), cytosine (C), and uracil (U). This fact suggests that RNA has single stranded structure.

Question. What are the different types of RNA found in cells of organisms? State the functions of each type.
Answer. RNA are of three types :
(i) Messenger RNA (m-RNA) : Function as messenger carrying the information in a gene to the protein synthesizing machinery.
Transfer RNA (t-RNA) : They transfer the amino acids from cytoplasm to the protein synthesizing machinery.
(ii) Ribosomal RNA (rRNA) : They associates with a set of proteins to form ribosomes.
These complex structures, which physically move among an mRNA molecule, catalyze the assembly of amino acids into protein chains. They also bind t-RNAs and various molecules necessary for protein synthesis. 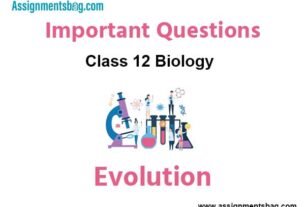 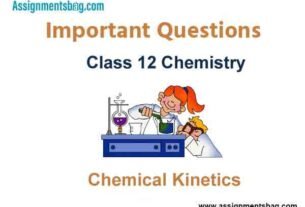