Please refer to the Human Health and Diseases Revision Notes given below. These revision notes have been designed as per the latest NCERT, CBSE and KVS books issued for the current academic year. Students will be able to understand the entire chapter in your class 12th Biology book. We have provided chapter wise Notes for Class 12 Biology as per the latest examination pattern.

Students of Class 12 Biology will be able to revise the entire chapter and also learn all important concepts based on the topic wise notes given below. Our best teachers for Grade 12 have prepared these to help you get better marks in upcoming examinations. These revision notes cover all important topics given in this chapter.

Types of immunity or defence mechanism

Organ transplantation
It is the implantation of an organ or tissue from one part of the body to another or from one person (donor) to another (recipient). Tissue matching, blood group matching are essential before undertaking any graft /transplant and even after this the patient has to take immunosuppresants all his/her life. This is because the body is able to differentiate ‘self ’ and ‘nonself ’ and the cell-mediated immune response is responsible for the graft rejection. 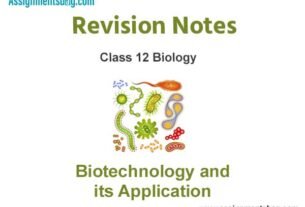