Please refer to the Gravitation Revision Notes given below. These revision notes have been designed as per the latest NCERT, CBSE and KVS books issued for the current academic year. Students will be able to understand the entire chapter in your class 11th Physics book. We have provided chapter wise Notes for Class 11 Physics as per the latest examination pattern.

(a) Kepler’s first law (law of orbit): Every planet revolves around the sun in an elliptical orbit with the sun is situated at one focus of the ellipse.

(b) Kepler’s second law (law of area): The radius vector drawn from the sun to a planet sweeps out equal areas in equal intervals of time , i.e., the areal velocity of the planet around the sun is constant.

• Gravitation is the name given to the force of attraction acting between any two bodies of the universe.

• Gravitational constant (G): It is equal to the force of attraction acting between two bodies each of unit mass, whose centres are placed unit distance apart. Value of G is constant throughout the universe. It is a scalar quantity. The dimensional formula G = [M-1L3T-2]. In SI unit, the value of G = 6.67X10– 11Nm2kg-2.

• Gravity: It is the force of attraction exerted by earth towards its centre on a body lying on or near the surface of earth. Gravity is the measure of weight of the body. The weight of a body of mass m = mass X acceleration due to gravity = mg. The unit of weight of a body will be the same as those of force.

• Variation of acceleration due to gravity:

(a) Effect of altitude, g’=Gr2/(R+h)2 and g’=g(1-2h/R)
The first is valid when h is comparable with R and the second relation is valid when h<<R.
The value of g decreases with increase in h.

(b) Effect of depth g’=g(1-d/R)
The acceleration due to gravity decreases with increase in depth d and becomes zero at the center of earth.

Gravitational intensity (I) is related to gravitational potential (V) at a point by the relation, E= -dV/dr

• Satellite: A satellite is a body which is revolving continuously in an orbit around a comparatively much larger body.

(a) Orbital speed of satellite is the speed required to put the satellite into given orbit around earth.

• Time period of satellite(T): It is the time taken by satellite to complete one revolution around the earth.

• Height of satellite above the earth surface:

• Polar satellite: It is that satellite which revolves in polar orbit around earth ,i.e., polar satellite passes through geographical north and south poles of earth once per orbit.

• Escape speed: The escape speed on earth is defined as the minimum speed with which a body has to be projected vertically upwards from the surface of earth( or any other planet ) so that it just crosses the gravitational field of earth (or of that planet) and never returns on its own. Escape velocity ve is given by, ve

• For a point close to the earth’s surface , the escape speed and orbital speed are related as ve =√2vo

• Weightlessness: It is a situation in which the effective weight of the body becomes zero. 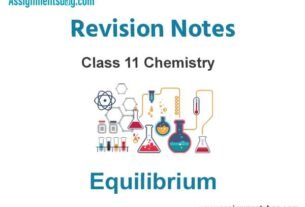