We have provided CBSE Class 9 Science Sample Paper with solutions below. These Sample guess papers have been prepared as per the latest examination guidelines and paper pattern issued by CBSE. Students of Class 9 should practice all practice papers for Class 9 Science given below as it will help them top improve their understanding of the subject. Please click on the links below to access free sample paper for Science Class 9.

Question: Name the microorganisms which can cause acne and cholera.
OR
Give one local and one general effect of inflammation process.
Answer: Acne – Staphylococci and cholera – Vibrio cholerae
OR
Local effect : Swelling or pain
General effect: Fever or headache

Question: Which of the following statements is correct?
(a) Common cold is not contagious.
(b) The common cold virus does not have its own RNA.
(c) Common cold usually takes two months to clear up.
(d) The common cold virus can leave the body through the mucus of infected people.
For question numbers 6 and 7, two statements are given- one labelled Assertion (A) and the other
labelled Reason (R). Select the correct answer to these questions from the codes (a), (b), (c) and (d) as given below :
(a) Both A and R are true, and R is correct explanation of the assertion.
(b) Both A and R are true, but R is not the correct explanation of the assertion.
(c) A is true, but R is false.
(d) A is false, but R is true.

Question: Assertion : When 10 g of CaCO3 is decomposed, 5.6 g of residue is left and 4.4 g of CO2 escapes.
Reason : Law of conservation of mass is followed.

Answer: B
OR
Assertion : Filarial worm is transmitted to humans by Culex mosquito.
Reason : Culex prefers to breed in fresh water.
Answer Q. No. 8 and 9 contain five sub-parts each. You are expected to answer any four sub-parts in these questions.

Read the following and answer any four questions from 8(i) to 8(v).
A child pulls a toy car with a string attached to it, the car moves horizontally on the ground, but the force applied by the child is along the string held in his hand making some angle with the ground. In figure, the toy car moves along the horizontal ground surface but the force is being applied along the string, the direction of force making an angle q with the direction of motion.

Question: The work done on an object does not depend on the
(a) displacement
(b) angle between force and displacement
(c) force applied
(d) initial velocity of the object.

Question: Each of the following statement describes a force acting. Which force is causing work to be done?
(a) The weight of a book at rest on a table.
(b) The pull of a moving railway engine on its coaches.
(c) The tension in an elastic band wrapped around a parcel.
(d) The push of a person’s feet when standing on the floor.

Question: Refer to the given figures and answer any four questions from 9(i) to 9(v).
Any physical or functional change from the normal state that causes discomfort of disability, or impairs the health of a living organism is called a disease. Some of the disease causing microorganisms are viruses, bacteria,fungi protozoans etc.

Question: Organism shown in figure (A) does not causes
(a) Food poisoning
(b) Pus-filled abscesses on skin
(c) Inflammation of salivary glands
(d) Typhoid

Question: Distinguish between mass and weight of a body.
OR
The Earth’s gravitational force causes an acceleration of 10 m/s2 in a 2 kg mass some where in space. How much
will the acceleration of a 5 kg mass be at the same place?
Answer:

Question: Write the formula and names of compounds formed by 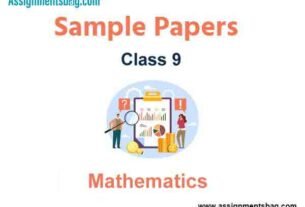