Please refer to the Thermodynamics Revision Notes given below. These revision notes have been designed as per the latest NCERT, CBSE and KVS books issued for the current academic year. Students will be able to understand the entire chapter in your class 11th Physics book. We have provided chapter wise Notes for Class 11 Physics as per the latest examination pattern.

• Thermal Equilibrium:- Two systems are said to be in thermal equilibrium with each other if they have the same temperature.

• Indicator diagram (P-V diagram) :- The graphical representation of the state of a system with the help of two thermodynamical variables is called indicator diagram of the system.

• First law of Thermodynamics :- It states that if an amount of heat dQ I added to a system , a part of heat is used in increasing its internal energy
while the remaining part of heat may be used up as the external work done dW by the system.

• Work done during expansion / compression of gas:- When the volume of gas changes from V1 to V2 , the work done is given by W= V1∮V2= Area under the P -V diagram.

• Reversible process :- It is a process in which the system can be retraced to its original state by reversing the condiditions.

• Irreversible process:- It is a process in which the system cannot be retraced to its original state by reversing the conditions.

• Second law of thermodynamics:
→ Kelvin’s statement of second law – It is impossible to derive a continous supply of work by cooling a body to a temperature lower than that of the coldest of its surrounding.
→ Clausius statement of second law – It is impossible for a self –acting machine unaided by any external agency to transfer heat from a body to another body at higher temperature.
• Heat Engine – a heat engine is a device for converting heat energy continuously into a mechanical work.
→ Component of heat engine- (i) source of heat (ii) Sink (iii) Working substance
• Efficiency of heat Engine :-It is defined as the ratio of the external work obtained to the amount of heat energy absorbed from the heat source. Mathematically

• Refrigerator or Heat pump:- it is heat engine working backward.

• Co-efficient of performance : It is the ratio of heat absorbed from cold body to the work done by the refrigerator. 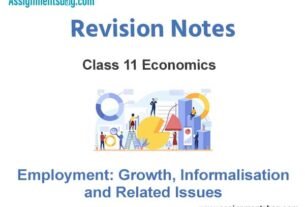