We have provided CBSE Class 11 Chemistry Sample Paper with solutions below. These Sample guess papers have been prepared as per the latest examination guidelines and paper pattern issued by CBSE. Students of Class 11 should practice all practice papers for Class 11 Chemistry given below as it will help them top improve their understanding of the subject. Please click on the links below to access free sample paper for Chemistry Class 11.

1. Read the passage given below and answer the following questions :
Le-Chatelier’s principle allows us to predict the effects of changes in temperature, pressure and concentration on a system at equilibrium. It states that if a system at equilibrium experiences a change, the system will shift its equilibrium to try to compensate for the change.
Increasing the volume has the same effect as decreasing the pressure and vice-versa. When we increase the pressure, the system will shift so the least number of gas molecules are formed because the more gas molecules there are, the more collisions there are. These collisions and the presence of gas molecules are what cause the pressure to increase. Likewise, when we decrease the pressure, the system will shift so the higher number of gas molecules are produced.
A reaction is endothermic if it takes heat from its surroundings. On the other hand, a reaction is exothermic if it gives heat to the surroundings. If we increase the temperature, then the endothermic reaction will be favoured because that will take in some of the excess heat. If we decrease the temperature, the exothermic reaction will be favoured because it will produce the heat that was lost. A catalyst increases the speed in which a reaction takes place, however it never has any effect on the equilibrium.

The following questions are multiple choice questions. Choose the most appropriate answer :

(iii) Which of the following information can be obtained on the basis of Le-Chatelier’s principle?
(a) Equilibrium constant of a chemical reaction
(b) Dissociation constant of a weak acid
(c) Entropy change in a reaction
(d) All of these

4. Which of the following compounds will not undergo Friedel-Crafts reaction with benzene?

7. Assertion : Boron differs from aluminium and other members of group 13 in a number of properties.
Reason : Boron shows anomalous behaviour.

Assertion : The relative strength of the various boron trihalides increase in the order BF3 < BCl3 < BBr3 < BI3.
Reason : The trihalides of boron are planar molecules in which the central B atom is sp3 hybridized.

The following questions Q. No. 9-12 are short answer type and carry 2 marks each.

10. Discuss the trend of ionisation energy of the elements of group 14.
Answer : Ionization energy of carbon is quite high due to small size of the carbon atom. It then decreases to silicon due to the increase in size of silicon atom. Then there is a decrease in ionization energy from Si to Sn. This is because the ‘d’ electrons which are present in the inner configuration of Ge, and Sn shield the nuclear charge less effectively than is done by s-and p-electrons. The outer electrons are held strongly by the nucleus and there is only a small decrease in ionization energy
as we move from Si to Sn. In the case of Pb, there is only a marginal increase of atomic radius as we move from Sn to Pb and also there are f-electrons in the inner configuration which shield the nuclear charge less effectively than the d-electrons. So, the ionization energy instead of decreasing, shows a marginal increase.

On combustion Li forms Li2O; sodium gives the peroxide, Na2O2; and potassium, rubidium and caesium give superoxides, MO2. Why Li does not form a peroxide?
Answer :

The carbocation produced in step-1 is highly unstable due to strong electron withdrawing group, hence it does not follow Markownikoff’s rule.

14. (a) Which hydrocarbon can’t be prepared by Kolbe’s electrolytic method?
C2H6, C2H4, CH4
(b) What happens when sodium acetate is heated with sodalime?
(c) An alkene (C5H10) on ozonolysis yielded two products. Both of them gave iodoform test, but only one responds to Tollen’s test. Identify the hydrocarbon.
Answer : (a) CH4 (methane) can’t be prepared by Kolbe’s electrolytic method, as in this method two alkyl radicals join together at anode.
(b) Methane gas is produced, when sodium acetate is heated with sodalime.
CH3—COONa + NaOH →CaO CH4 + Na2CO3
Sodium acetate                Methane
(c) The ozonolysis products of the alkene respond to iodoform test, but one of them only responds to Tollen’s test. This shows one is acetaldehyde (which responds to both iodoform and Tollen’s test) and the other is 2-ketone (which responds only to iodoform test).
As the molecular formula of hydrocarbon is C5H10, so the ketone is acetone (CH3—CO—CH3). Hence the hydrocarbon is 2-methyl-but-2-ene.

15. (a) A gas expands from 3 dm3 to 5 dm3 against a constant pressure of 3 atm. The work done during expansion is used to heat 10 mole of water at 290 K. Calculate final temperature of water. Specific heat of water = 4.184 Jg–1 K–1
(b) Given the following standard enthalpies of reactions:
(i) Enthalpy of formation of water = –285.8 kJ mol–1
(ii) Enthalpy of combustion of acetylene = –1299.6 kJ mol–1
(iii) Enthalpy of combustion of ethylene = –1410.8 kJ mol–1
Calculate the heat of reaction for the hydrogenation of acetylene to ethylene at constant volume (25°C).
Answer : (a) Work done is against constant external pressure, hence process is irreversible.

(a) Halides of Be dissolve in organic solvents while those of Ba do not. Why is it so?
(b) Why are compounds of beryllium much more covalent than other group 2 elements?
(c) What is milk of magnesia? Give its one use.
(d) Solubility of MgCl2 is greater than that of MgF2. Why ?
(e) Why is BeCO3 stored in carbon dioxide atmosphere?
Answer : (a) This is because halides of Be are covalent while those of Ba are ionic.
(b) The extremely small size and high charge of Be2+ makes it strongly polarizing so that Be (II) compounds are almost covalent in nature.
(c) A suspension of magnesium hydroxide in water is called milk of magnesia. It is used as an antacid to  neutralize excess of acid in the stomach.
(d) Because the fluorides are relatively less soluble than the chlorides owing to their high lattice energies.
(e) Beryllium carbonate is unstable and can be kept only in the atmosphere of CO2.
BeCO3 → BeO + CO2 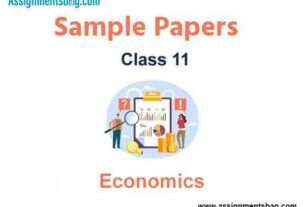 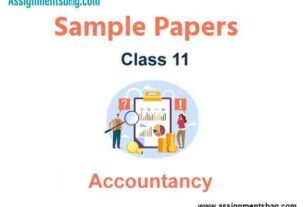