Please refer to the Chemical Bonding and Molecular Structure Revision Notes given below. These revision notes have been designed as per the latest NCERT, CBSE and KVS books issued for the current academic year. Students will be able to understand the entire chapter in your class 11th Chemistry book. We have provided chapter wise Notes for Class 11 Chemistry as per the latest examination pattern.

OCTET RULE: During a chemical reaction the atoms tend to adjust their electronic arrangement in such a way that they achieve 8 e– in their outermost electron. This is called octet rule.

CHEMICAL BOND: the chemical force which keeps the atoms in any molecule together is called a chemical bond.

IONIC BOND: The columbic force of attraction which holds the appositively charged ions together is called an ionic bond. An ionic bond is formed by the complete transfer of one or more electrons from the atom of a metal to an atom of non: metal.

LATTICE ENTHALPY: The molar enthalpy change accompanying the complete separation of the constituent particles that compose of the solids (such as ions for ionic solid, molecules for molecular solids) under standard conditions is called lattice enthalpy (ΔlHo). The lattice enthalpy is a positive quantity.

COVALENCY:The number of electrons which an atom contributes towards mutual sharing during the formation of a chemical bond called its covalency in that compound.

POLAR COVALENT BOND: The bond between two unlike atoms which differ in their affinities for electrons is said to be polar covalent bond. E.g. H-Cl COORDINATE BOND: The bond formed when one sided sharing of electrons take place is called a coordinate bond. Such a bond is also known as dative bond. It is represented by an arrow (→) pointing towards the acceptor atom. E.g. H3N→BF3

Bond Length: Bond length is defined as the equilibrium distance between the nuclei of two bonded atoms in a molecule

Bond Order: In the Lewis description of covalent bond, the Bond Order is given by the number of bonds between the two atoms in a molecule

Dipole moment : The product of the magnitude of the charge and the distance between the centres of positive and negative charge.It is a vector quantity and is represented by an arrow with its tail at the positive centre and head pointing towards a negative centre. Dipole moment (μ) = charge (Q) × distance of separation (r)

HYDROGEN BOND: The bond between the hydrogen atom of one molecule and a more electro- negative element of same or another molecule is called as hydrogen bond.

3. Octet Rule: Kossel and Lewis in 1916 developed an important theory of chemical combination
between atoms known as electronic theory of chemical bonding. According to this, atoms can combine either by transfer of valence electrons from one atom to another or by sharing of valence electrons in order to attain their octet. This is known as octet rule.

4. Limitations of octet rule :
a) Incomplete octet of the central atom: In some compounds the number of electrons surrounding the central atom is less than eight. This is especially the case with elements having less than four valence electrons. Examples- LiCl ,BeCl2 , BCl3
b) Odd-electron molecules: In molecules with an odd number of electrons like nitric oxide, NO and nitrogen dioxide, the octet rule is not satisfied for all the atoms.
c) The expanded octet : Elements in and beyond the third period of the periodic table have, apart from 3s and 3p orbitals, 3d orbitals also available for bonding. In a number of compounds of these elements there are more than eight valence electrons around the central atom. This is termed as the expanded octet. Some of examples of such compounds are: PF5, SF6.
d) This theory does not account for the shape of molecules.

5. Electrovalent bond or Ionic Bond: The chemical bond as result of transfer of electron from one atom (electropositive) to another atom (electronegative).Ionic bonds will be formed more easily  between elements with comparatively low ionization enthalpies and elements with comparatively high negative value of electron gain enthalpy. Most ionic compounds have cations derived from metallic elements and anions from non-metallic elements.

7. Bond length: It is defined as the equilibrium distance between the nuclei of two bonded atoms in a  molecule.

9. Bond enthalpy: It is defined as the amount of energy required to break one mole of bonds of a  particular type between two atoms in a gaseous state. The unit of bond enthalpy is kJ mol–1

10. Bond Order : The Bond Order is given by the number of bonds between the two atoms in a molecule. E.g.: Bond Order of O2= 2. With increase in bond order, bond enthalpy increases and bond length decreases.

11. Resonance: According to the concept of resonance, whenever a single Lewis structure cannot describe a molecule accurately, a number of structures with similar energy, positions of nuclei, bonding and the non- bonding pairs of electrons are taken as the canonical structures of the hybrid which describes the molecule accurately

12. Polarity of bonds: In case of heteronuclear molecules like HCl, the shared pair of electron between the two atoms gets displaced more towards chlorine since the electronegativity of chlorine is far greater than that of hydrogen. The resultant covalent bond is called a polar covalent bond.

13. Dipole moment: As a result of polarization, the molecule possesses the dipole moment which can be defined as the product of charge and the distance between the centers of positive and negative charge. It is usually designated by a Greek letter ‘μ‘. Mathematically, it is expressed as follows:
Dipole moment (μ ) = charge (Q) X distance of separation (r)

15. Hybridization: It can be defined as the process of intermixing of the orbitals of slightly different energies so as to redistribute their energies, resulting in the formations of new set of orbitals of  equivalent energies and shape.
• Salient Features of hybridization :
• The number of hybrid orbitals is equal to the number of the atomic orbitals that get hybridised.
• The hybridised orbitals are always equivalent in energy and shape.
• The hybrid orbitals are more effective in forming stable bonds than the pure atomic orbitals.
• These hybrid orbitals are directed in space in some preferred direction to have minimum repulsion between electron pairs and thus a stable arrangement. 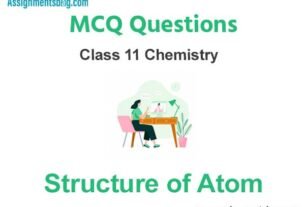