Please refer to the The p-Block Elements Revision Notes given below. These revision notes have been designed as per the latest NCERT, CBSE and KVS books issued for the current academic year. Students will be able to understand the entire chapter in your class 11th Chemistry book. We have provided chapter wise Notes for Class 11 Chemistry as per the latest examination pattern.

p-block elements:
Elements in which the last electron enters in the any one of the three p- orbital of their outermost shells .

♦ Gen. electronic configuration of outer shell is ns2np1-6
The inner core of e-config.may differ which greatly influences their physical & to some extent chemical properties.

Ionization energies :
The first ionization energies of group 13 elements are less than the corresponding members of the alkaline earths.
The sharp decrease in I.E. from B to Al is due to increase in size. In case of Ga, there are ten d-electrons in its inner electronic configuration.
The very high value of 3rd I. E. of thallium indicates that +3 O.N. state is not stable, rather +1 is more stable for thallium
Electropositive (or metallic) character
the elements of group 13 are less electropositive as compared to elements of group 2. On moving down the group the electropositive (metallic) character increases because ionization energy decreases. For e.g., Boron is a non-metal white the other elements are typical metals.

Chemical reactivity of Gr.13 Elements
All elements in their compounds exhibit the oxidation state of + 3 and +1.

Hydrides :
None of the group 13 elements reacts directly with hydrogen. However, a no. of hydrides of these elements have been prepared by indirect methods. The boron hydrides are called boranes& classified in two series:
(a) BnHn+4 called nidoboranes
(b)  BnHn+6 called arachnoboranes

Laboratory method:
(i) By the reaction of iodine with sodium borohydride in a high boiling solvent.
2NaBH4 + I2 → B2H6 + 2NaI + H2

Some important characteristics of boranes:
(i) Lower boranes are colourless gases while higher boranes are volatile liquids or solids.
(ii) They undergo spontaneous combustion in air due to strong affinity of boron for oxygen.
B2H6 + 3O2 → B2O3 + 3H2O + Heat

Metal borohydride:
♦ Diborane reacts with ammonia to give borazine at 450 K.
B2H6 + 6NH3 → 3B3N3H6 + 12H2
♦ Borazine has a cyclic structure similar to benzene and thus is called inorganic benzene
♦ The other elements of this group form only a few stable hydrides. The thermal stability decreases as we move down the group
♦ AlH3 is a colourless solid polymerized via Al – H – Al bridging units. These hydrides are weak Lewis acids and readily form adducts with strong Lewis base (B:) to give compounds of the type MH3 (M = Al or Ga). They also form complex-tetrahydrido anions, [MH4]-. The most important tetrahydrido compound is Li[AlH4]
ether
4LiH  +  AlCl3   →    LiAlH4   +  3LiCl

Dimeric structure of aluminium chloride
– Boron halides do not form dimers because the size of boron is so small that it is unable to coordinate four large-sized halide ions.

Anomalous properties of boron
1. Boron is a non-metal & bad conductor of electricity whereas aluminium is a metal & good conductor. B is hard but Al is a soft metal.
2. Boron exists in two forms-crystalline and amorphous. But Al does not exist in different forms.
3. The melting and boiling point of boron are much higher than that of Al .
4. Boron forms only covalent compounds whereas Al forms even some ionic compounds.
5. The hydroxides and oxides of boron are acidic in nature whereas those of aluminium are amphoteric.
6. The trihalides of boron exist as monomers. On the other hand, aluminium halides exist as dimers .
7. The hydrides of boron are quite stable while those of aluminium are unstable

♦ Boron and silicon exhibit the typical properties of non-metals. These do not form cations. Both exist in amorphous as well as crystalline forms.

♦ The hydrides of Boron and Silicon are quite stable. Numerous volatile hydrides are also known which catch fire on exposure to air and are easily hydrolyzed.

♦ Both elements are semiconductors.

2. Al, Ga. In and T1 ions exist as octahedral aqua ions, [M(OH2)6]3+ in aqueous solution and many salts like halides, sulphates, nitrates and perchlorates exist as hydrates.

USES OF BORON & ALUMINIUM
Aluminium is used extensively in industry and everyday life. It forms many useful alloys with Cu. Mn, Mg, Si and Zn. Hence, aluminium and its alloys find use in packaging, utensil making, construction, aerospace and other transportation industries. It is used as a conductor for transmission of electricity. Aluminium is also used in the alumino-thermite process for production of chromium and manganese from their ores.

Ionization Enthalpy: The first ionization enthalpies of group 14 elements are higher than those of the corresponding group 13 elements.

Exception: Pb4 and SnF4 are ionic in nature.
Except CCl4 other tetrachlorides are easily hydrolysed by water.
Since carbon does not have d-orbitals and hence cannot expand its coordination number beyond 4
CCl4  +  H2O        No Reaction
SiCl4  + 4H2O      Si(OH)4+4HCl
Silicic acid

Allotropes of Carbon: The three types of allotropes are
♦ Diamond
♦ Graphite
♦ Fullerence

Diamond: In diamond each carbon atom undergas SP3hybridisation.
Each carbon is tetrahedrally linked to four other carbon atoms.

Graphite: In graphite, carbon is SP2-hyberdized graphite has a two-dimensional sheet like structure consisting of a number of hexagonal rings fused together.
Graphite conducts electricity along the sheet. It is very soft and Slippery

SOME Important Compounds Of Carbon and Silicon

Carbon monoxide:It I prepared by direct oxdisation of C in limited supply of oxygen.
2C+O2(g) → 2CO(g)
Commercially it is prepared by the passage of steam over hot coke

Carbon Dioxide: It is prepared by complete combustion of carbon and carbon fuels in excess of air.
C(s) +O2(g) → CO2(g)

Silicones: Silicones are the synthetic organo-siliconpolymers having general formulae (R2SiO)n in which R = alkyl (methyl,ethyl or phenyl)

Silicates: Silicates are exist in nature in the form of feldspar, zeolites,mica and asbestos etc.
The basic structure of silicates is SiO44-

Zeolites: Zeolites is aalumino-silicate of metal. Metal cations participating in formationof Zeolite are use usually Na+,K+,or Ca2+.
Zeolites are used to remove permanent hardness of water. 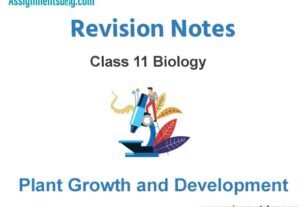 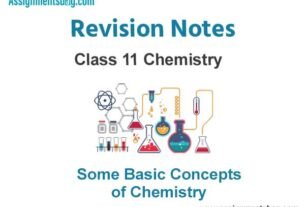