Question. Which state is the largest producer of ragi?
Ans : Karnataka.

Question. In which type of soil does maize grow well?
Ans : Old alluvial.

Question. In which system of agriculture, a single crop is grown on a large area?
Ans : Plantation agriculture.

Question. By which other name is ‘slash and burn’ agriculture known?
Ans : Primitive subsistence farming/jhumming

Question. In which country the ‘slash and burn’ agriculture is known as ‘Roca’ ?
Ans : Brazil.

Question. Which crop is known as golden fibre?
Ans : Jute.

Question. Which crop is used both as food and fodder?
Ans : Maize.

Question. A short season between the rabi and kharif season is known as:
(a) Aus
(b) Boro
(c) Zaid
(d) None of the above
Ans. (c) Zaid

Question. What are the two important beverage crops of India?
Ans. coffee and tea

Question. Punjab is major producer of the maize in India. True or False
Ans. False

Question. …………….. is the largest producer as well as the consumer of pulses in the world.
Ans. India

Question. Give an account of oilseeds in India. State the importance of groundnut and name the states where it is grown.
or
Describe the uses of oilseeds? Which state is the largest producer of groundnut?
Ans : Importance:
a. Are edible and used as cooking medium.
b. Used as raw material in production of soap, cosmetics and ointment.
c. India-largest producer.
Groundnut:
a. Kharif crop.
b. Accounts half of the total oilseed production.
c. State: Andhra Pradesh, Tamil Nadu, Karnataka, Gujarat and Maharashtra.

Question. Describe the institutional and technical changes introduced in the field of agriculture in India in the recent years.
or
What were the attributes of the comprehensive land development programme initiated in India in the decade 1980 and 1990.
or
Describe any three technological and institutional reforms made in the field of agriculture in India.
Ans : a. Land reforms: collectivization, . consolidation of holdings, cooperation and abolition of zamindari.
b. Agricultural reforms: Green revolution and White revolution.
c. Land development programmes : Provision for crop in surance against drought, flood, cyclone etc., establishment of Grameen banks, Cooperative societies and banks for providing loans.
d. Issuing of Kissan Credit Card and Personal Accident Insurance Scheme, etc.
e. Special weather bulletins and agricultural programmes for farmers on radio and TV.

Question. Describe the impact of globlisation on indian agriculture.
Ans. (1) The Indian farmers might have to force much unstable prices for these products fluctuated largely on year-to-year basis.
(2) The impact of trade liberalization on the prices of agricultural products at international level and domestic level depend on what policies other countries follow .
(3) Export of major agriculture commodities have been liberalised.
(4) Major transformation took place with the introduction of high-yielding varieties of crops .
(5) This innovation , coupled with investments in infrastructure, expansion of credit marketing and processing facilities led to a significant increase in the use of modern inputs.

Question. What are the Geographical conditions required for rice growth. Name the major areas of its production.
Ans. (a) Climate: Paddy is a tropical crop and grows well in the wet monsoon.
(b) Temperature: Above 25°C, coupled with heavy humidity.
(c) Rainfall: above 100 cm. It requires heavy rainfall in summer and irrigation in areas of less rainfall.
(d) Areas of Cultivation: plains of north and north-eastern India, coastal areas and the deltaic region. Punjab, Haryana and Western Uttar Pradesh and parts of Rajasthan. With the help of irrigation.

Question. What is the importance of agriculture in Indian economy?
Ans. (a) India is an agricultural country.
(b) Nearly two-thirds of its population depends directly on agriculture for its livelihood.
(c) Agriculture is the main stay of India’s economy.
(d) It accounts for 26% of the gross domestic product.
(e) It ensures food security for the country and produces several raw materials for industries.

Question. Name three features of Indian agriculture.
Ans. (a) Farmers own small piece of land and grow crops primarily for their own consumption,
(b) Animals play a significant role in the various kinds of agricultural activities.
(c) Farmers depend mainly upon monsoon rains.

Question. Describe the four negative impacts of green revolution on Indian Agriculture.
Ans. (a) Land degradation due to overuse of chemicals
(b) Lowering the ground water level due to over irrigation
(c) Vanishing Bio-diversity
(d) Difference between rich and poor farmers is increasing

Question. Name any four oilseeds produced in India. Explain the importance of oilseeds in our day-to-day life.
Ans : (i) Groundnut
(ii) Mustard
(iii) Coconut
(iv) Sesamun
(v) Soyabean, sunflower; etc.
Importance of oilseeds:
Most of these are edible in the form of oil. Used as raw material for manufacturing paints, varnishes, soaps, perfumes etc, oil cake is used as cattle feed. Oil cake is also used as a fertiliser.

Question. What is intensive subsistence farming? Write three features of intensive farming.
Ans : Intensive subsistence farming is practised in areas of high population pressure on land. In this type of farming, the agricultural production is increased by using high doses of biochemical inputs and better agricultural inputs.
Features of intensive farming:
a. High yielding variety (HYV) seeds and modem chemical inputs and irrigation are used to increase the production.
b. The per hectare yield is very high.
c. More than one crop is cultivated during a year.

Question. Compare the geographical conditions required for the production of cotton and jute.
Ans :

Question. Describe any four geographical conditions required for the growth of tea. Mention the two major tea producing states of South India.
or
Name the important beverage crop introduced by the British in India. Explain the geographical conditions needed for its cultivation. Write any two important states where it is grown.
or
In which agricultural production, India is the leading producer as well as exporter in world? Describe the geographical requirements for its growth and development.
or
What are the soil type, climatic conditions and rainfall conditions required for the cultivation of tea? Write two states of India where tea grows.
Ans : a. Tea: Grows well in tropical and sub¬tropical climates.
b. Soil type: Deep and fertile, well-drained soil, rich in humus and organic matters.
c. Climate: Warm and moist, frost-free climate throughout the year.
d. Rainfall: Frequent showers throughout the year.
e. Two states: Assam, West Bengal, Kerala, Tamil Nadu, Himachal Pradesh, Uttarakhand, Andhra Pradesh, Meghalaya and Tripura.

Question. Read the following passage and answer the questions at the end.
Kharif crops are grown with the onset of monsoon in different parts of the country and these are harvested in September-October. Important crops grown during this season are paddy, maize, jowar, bajra, tur (arhar), moong, urad, cotton, jute, groundnut and soyabean. Some of the most important rice-growing regions are Assam, West Bengal, coastal regions of Odisha, Andhra Pradeshjelangana, Tamil Nadu, Kerala and Maharashtra, particularly the (Konkan coast) along with Uttar Pradesh and Bihar. Recently,paddy has also become an important crop of Punjab and Haryana. In states like Assam, West Bengal and Odisha, three crops of paddy are grown in a year. These are Aus, Aman and Boro.

(c) In which Indian states, three crops of paddy are sown in a year?
Ans. Assam, West Bengal and Odisha 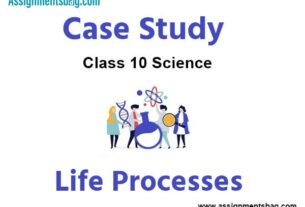