Please refer to the Some Basic Concepts of Chemistry Revision Notes given below. These revision notes have been designed as per the latest NCERT, CBSE and KVS books issued for the current academic year. Students will be able to understand the entire chapter in your class 11th Chemistry book. We have provided chapter wise Notes for Class 11 Chemistry as per the latest examination pattern.

Chemistry: Chemistry is the branch of science that deals with the composition, structure and properties of matter. Chemistry is called the science of atoms and molecule

Density-  Density of a substance is its amount of mass per unit volume.SI unit of density = SI unit of mass/SI unit of volume = kg/m3 or kg m–3This unit is quite large and a chemist often expresses density in g cm–3.

Precision refers to the closeness of various measurements for the same quantity.

Significant Figures
The reliability of a measurement is indicated by the number of digits used to represent it. To express it more accurately we express it with digits that are known with certainty. These are called as Significant figures. They contain all the certain  digits plus one doubtful digit in a number.

Rules for Determining the Number of Significant Figures

Elements
An element is the simplest form of matter that cannot be split into simpler substances or built from simpler substances by any ordinary chemical or physical method. There are 114 elements known to us, out of which 92 are naturally occurring while the rest have been prepared artificially. Elements are further classified into metals, non-metals and metalloids

Compounds
A compound is a pure substance made up of two or more elements combined in a definite proportion by mass, which could be split by suitable chemical methods.

Mixtures
A mixture is a combination of two or more elements or compounds in any proportion so that the components do not lose their identity. Air is an example of a mixture Mixtures are of two types, homogeneous and heterogeneous.

Homogeneous mixtures have the same composition throughout the sample. The components of such mixtures cannot be seen under a powerful microscope. They are also called solutions. Examples of homogeneous mixtures are air, seawater, gasoline, brass etc.

Heterogeneous mixtures consist of two or more parts (phases), which have different compositions. These mixtures have visible boundaries of separation between the different constituents and can be seen with the naked eye e.g., sand and salt, chalk powder in water etc.

Law of Conservation of Mass (Given by Antoine Lavoisier in 1789).
It states that matter (mass) can neither be created nor destroyed.

Law of Definite Proportions or Law of Constant Composition:
This law was proposed by Louis Proust in 1799, which states that:
‘A chemical compound always consists of the same elements combined together in the same ratio, irrespective of the method of preparation or the source from where it is taken’.

Law of Multiple Proportions Proposed by Dalton in 1803, this law states that:
‘When two elements combine to form two or more compounds, then the different masses of one element, which combine with a fixed mass of the other, bear a simple ratio to one another’.

Gay Lussac’s Law of Gaseous Volumes (Given by Gay Lussac in 1808.)
According to this law when gases combine or are produced in a chemical reaction they do so in a simple ratio by volume provided all gases are at same temperature and pressure.
e.g.H2(g) + Cl2(g) —→2HCl(g)
1V      1V               2V
All reactants and products have simple ratio 1:1:2.
Avogadro Law (In 1811, Given by Avogadro)
According to this law equal volumes of gases at the same temperature and pressure should contain equal number of molecules.

Formula Mass-
Sum of atomic masses of the elements present in one formula unit of a compound. It is used for the ionic compounds.

Mole Concept.
Mole is defined as the amount of a substance, which contains the same number of chemical units (atoms, molecules, ions or electrons) as there are atoms in exactly 12 grams of pure carbon-12.
A mole represents a collection of 6.022 x1023( Avogadro’s number) chemical units..
The mass of one mole of a substance in grams is called its molar mass.

Molar Volume
The volume occupied by one mole of any substance is called its molar volume. It is denoted by Vm. One mole of all gaseous substances at 273 K and 1 atm pressure occupies a volume equal to 22.4 litre or 22,400 mL. The unit of molar volume is litre per mol or millilitre per mol

In terms of weight, molarity of the substance can be expressed as:
molarity =Wg/ Mg mol-1  x V litre =W/Mx V mol/L

1. Anything which has mass and occupies space is called matter.

5. Liquids have definite volume but not the definite shape. They take the shape of the container in which they are placed.

6. Gases have neither definite volume nor definite shape. They completely occupy the container in which they are placed.

7. A mixture contains two or more substances present in it (in any ratio) which are called its  components.

8. A mixture may be homogeneous or heterogeneous.

9. In a homogeneous mixture, the components completely mix with each other and its composition is uniform throughout. Sugar solution and air are thus, the examples of  homogeneous  mixtures.

11.The components of a mixture can be separated by using physical methods such as simple hand picking, filtration, crystallization, distillation etc.

13.An element consists of only one type of particles. These particles may be atoms or molecules. Sodium, copper, silver, hydrogen, oxygen etc. are some examples of elements. They all contain atoms of one type. However, the atoms of different elements are different in nature. Some elements such as sodium or copper, contain single atoms held together as their constituent particles whereas in some others, two or more atoms combine to give molecules of the element. Thus, hydrogen, nitrogen and oxygen gases consist of molecules in which two atoms combine to give their respective molecules.

15.The SI system(Systeme International d Unités –abbreviated as SI)) has seven base units and they are listed in Table 1.1

18. Density of a substance is its amount of mass per unit volume SI units of density kg m-3
This unit is quite large and a chemist often expresses density in g cm-3

25. .Law of Conservation of Mass states that matter can neither be created nor destroyed.

26.Law of Definite Proportions states that a given compound always contains exactly the same proportion of elements by weight.

27.Law of Multiple Proportions states that if two elements can combine to form more than one compound, the masses of one element that combine with a fixed mass of the other element, are in the ratio of small whole numbers.

28. Gay Lussac’s Law of Gaseous Volumes: This law was given by Gay Lussac in 1808. He observed that when gases combine or are produced in a chemical reaction they do so in a simple ratio by volume provided all gases are at same temperature and pressure.

29. In 1811, Avogadro proposed that equal volumes of gases at the same temperature and pressure should contain equal number of molecules.

30. In 1808, Dalton published ‗A New System of Chemical Philosophy‘ in which he proposed the following :
a) Matter consists of indivisible atoms.
b) All the atoms of a given element have identical properties including identical mass. Atoms of different elements differ in mass.
c) Compounds are formed when atoms of different elements combine in a fixed ratio.
d) Chemical reactions involve reorganization of atoms. These are neither created nor destroyed in a chemical reaction.
e) Dalton‘s theory could explain the laws of chemical combination.

31.One atomic mass unit is defined as a mass exactly equal to one twelfth the mass of one carbon – 12 atom.

32. Molecular mass is the sum of atomic masses of the elements present in a molecule. It is obtained by multiplying the atomic mass of each element by the number of its atoms and adding them together.

33. The mole is the amount of substance of a system which contains as many elementary entities as there are atoms in 0.012 kilogram of carbon-12; its symbol is ―mol.‖ When the mole is used, the elementary entities must be specified and may be atoms, molecules, ions, electrons, other particles, or specified groups of such particles. This number of entities in 1 mol is so important that it is given a separate name and symbol. It is known as ‗Avogadro constant‘, denoted by NA in honor of Amedeo Avogadro.

where WA is mass of solvent.

39.Molarity (M). It is expressed as the number of moles of solute per litre of solution. 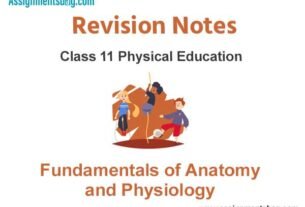