Question. Who proclaimed dams as the temples of modem India?
Ans : Jawaharlal Nehru.

Question. Name any one river valley project which has significantly contributed to the loss of forests.
Ans : Sardar Sarovar Dam.

Question. On which river is the Nagaijunsagar dam built?
Ans : The Nagarjunsagar Dam is built on the Krishna.

Question. Name the river on which Nagarjunasagar dam is constructed.
Ans : The Nagarjunsagar Dam is built on the Krishna.

Question. On which river the Salal Dam is built?
Ans : Chenab.

Question. In which regions the release of water from dams during heavy rains aggravated the food situation in 2006?
Ans : Maharashtra and Gujarats

Question. What are the causes of water scarcity?
Ans : Rapid growth of population, uneven distribution of water resources and increase in demand of water.

Question. The Nagarjuna Sagar Dam is built on which river?
Ans : Krishna.

Question. Which was the largest artificial lake of ancient India built in the 11th century?
Ans. Bhopal Lake

Question. Which river is known as “River of Sorrow” in Jharkhand and West Bengal?
Ans. Damodar River

Question. In Western Rajasthan today plenty of water is available due to ……..
Ans. Perennial Rajasthan Canal

Question. What is Bamboo Drip Irrigation? Mention any two features of it.
Ans : Bamboo Drip Irrigation system is a 200-year-old system of tapping stream and spring water by using bamboo pipe and transporting water from higher to lower regions through gravity.
Features:
a. 18-20 liters of water enters the bamboo pipe system, get transported over hundreds of meters and finally reduces to 20-80 drops per minute at the site of the plant.
b. The flow of water into the pipes is controlled by manipulating the pipe positions.

Question. List any three advantages and three disadvantages of multipurpose river project.
or
What are the advantages and disadvantages of multipurpose river project.
Ans : Advantages:
a. These are the main source of power generation.
b. They provide us neat, pollution free and cheapest energy which is the backbone of industry and agriculture.
c. These projects control the floods because water can be stored in them. These projects have converted many, ‘rivers of sorrows’ into ‘rivers of boon’.
d. These projects are the main source of irrigation and also help in conserving soil.
Disadvantages:
a. Due to the construction of dams, there are no adequate floods in the river. Because of this, the soil of the downstream region does not get nutrient rich silt.
b. Dams also fragment rivers making it difficult for aquatic fauna to migrate for spawning, i.e., to produce eggs.
c. It resulted in displacement of local communities. The local people often have to give up their land and livelihood and their meagre access and control over resources for the greater need of the nation.

Question. Highlight any three hydraulic structures as part of water management programmes initiated in ancient India along with the period when they were built.
Ans : Sophisticated hydraulic structures like dams built of stone rubble, reservoirs or lakes, embankments and canals for irrigation were built in various regions’ of the country.
a. A sophisticated water harvesting system channelling the flood water of river Ganga was built at Sringaverapura near Allahabad in the 15th century BC.
b. Nagarjunakonda in Andhra Pradesh, Bennur in Karnataka, Kolhapur in Maharashtra and Kalinga in Odisha have evidences of irrigation structures.
c. In the 11th century, Bhopal Lake, one of the largest artificial lakes of its time was built.
d. The tank in Hauz Khas, Delhi was constructed by Iltutmish in the 14th century to supply water to the Siri Fort Area.

Question. Water scarcity in most cases is caused by over exploitation, excessive use and unequal access to water among, different social groups. Explain the meaning of the statement with the help of examples
Ans : We can understand the meaning of the above statement through these examples:
a. After a heavy downpour, a boy collects drinking water in Kolkata.
b. A Kashmiri earthquake survivor carries water in the snow in a devastated ‘ village.
c. A Rajasthani woman balances her matka and travels large distances to collect water.

Question. Give a short note on Multi-purpose projects In India.
Ans. 1. launched after Independence with their integrated water resources management approach
2. Jawaharlal Nehru proudly proclaimed the dams as the ‘temples of modern India’;
3. lt would integrate development of agriculture and the village economy with rapid industrialisation and growth of the urban economy.

Question. What is water scarcity? Write the main reasons for water scarcity.
Ans. Water scarcity means shortage of water.
1. Large growing population
2. water resources are being over-exploited to expand irrigated areas
3. greater demand for water with growing urbanisation and industrialisation.
4. unequal access to water among different social groups
5. Excessive use of water by industries
6. Over exploitation of water in the urban areas

Question. Describe any three different rainwater harvesting systems practised in India.
Ans. In hills and mountainous regions, people built diversion channels like guls or kuls for agriculture.
• Inundation channels were built in the floodplains of Bengal,
• In arid and semi-arid regions of Rajasthan, agricultural fields were converted into rainfed storage structures

Question. What is the need for conservation of water resources?
Ans. (1) Water resources are limited and our requirements are increasing day by day.
(2) Most of our resources are polluted and unsuitable for drinking and other purposes.
(3) To safeguard ourselves from health hazards.
(4) To ensure food security and for continuation of our livelihoods.
(5) To prevent degradation natural ecosystem.of our water bodies

Question. Why are different water harvesting systems considered a viable alternative both socio-economically and environmentally in a country like India?
Ans : Keeping in view the disadvantages and rising resistance against the multi¬purpose projects, water harvesting system is considered a viable alternative both socio- economically and environmentally.
1. In ancient India also along with the sophisticated hydraulic structures, there existed an extraordinary tradition of various water harvesting systems.
2. People adopted different techniques in different areas. In hilly regions people built diversion channels like the ‘guls’ or “kuls’ for agriculture.
3. Roof-top rainwater harvesting was commonly practised to store drinking water, particularly in Rajasthan.
4. In the flood plains of Bengal, people developed inundation channels to irrigate their fields. Khadins, Johads and Tanks are the forms of rainwater harvesting practised in Rajasthan.

Question. Describe any four traditional methods of rainwater harvesting adopted in different parts of India.
Ans : Methods of rainwater harvesting used in India are:
a. Guls and Kuls: People built guls and kuls in hilly and mountainous regions to divert water. These are simple channels. They are mainly used in the Western Himalayas.
b. Roof top rainwater harvesting: Commonly practised to store drinking water in Rajasthan.
c. Inundation Channels: These channels developed in the flood plains of Bengal to irrigate fields.
d. Khadins and Johads: In arid and semi-arid regions, some agricultural fields were converted into rain fed storage structures. These structures are found in Rajasthan.
e. Tankas: The tankas were built inside the main house or the courtyard. They were connected to the sloping roofs of the houses through a pipe. Rain falling on the rooftops would travel down the pipe and was stored in these underground ‘tankas’. The first spell of rain was usually not collected as this would clean the roofs and the pipes. The rainwater from the subsequent showers was then collected. The rainwater can be stored in the tankas. 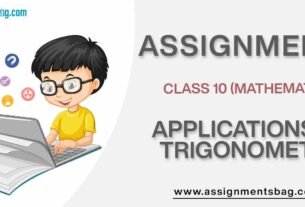