Question. Flash and thunder are produced simultaneously. But, thunder is heard a few seconds after the flash is seen, why?

Question. The frequency of a source of sound is 100 Hz. How many times does it vibrate in a minute?

Question. What is a wave?

Question. What is a transverse wave?

Question. What is a longitudinal wave?

Question. What is a trough?

Question. What do you mean by a wave?

Question. What does wave transfer-matter or energy?

Question. What do you understand by the term ultrasonic vibrations?

Question. How moths of certain families are able to escape capture?

Question. What is SONAR?

Question. What do you understand by the term echo?

Question. Name the term associated with the travelling disturbance in a medium.

Question. Can you produce both types of waves (i.e., longitudinal and transverse) on a slinky?

Question. Where is the density of air higher; at compressions or at rarefactions?

Question. Name the waves used by bats while flying in the dark.

Question. Name the quantity that represents the length of one complete wave.

Question. What is the distance between two consecutive crests in a wave called?

Question. A girl claps and hears the echo after reflection from cliff which is 660 m away. If the velocity of sound is 330 ms–1, calculate the time taken for hearing the echo.

Question. Give difference between loudness and intensity of the sound.
Answer.

Question. What are transverse waves? Give two examples.
Answer. A wave in which the particles of the medium vibrate up and down at right angle to the direction in which the wave is moving.
Example :
(i) The waves produced by moving one end of a long spring up and down rapidly.
(ii) Ripples formed on the surface of water in a pond.

Question. What are longitudinal waves? Give two examples.
Answer. A wave in which the particles of the medium vibrate back and forth along the same direction, in which the wave is moving, is called a longitudinal wave.
Examples :
(a) The sound waves in air.
(b) The waves produced in air when a sitar wire is plucked.

Question. Distinguish between tone and note.
Answer. A pitch is a particular frequency of sound, for example : 440 Hz.
A note is a named pitch. For example : Western music generally refers to the 440 Hz pitch as A, specifically A4.

Question. How does the sound produced by a musical instrument, reach your ears? Astronauts need radio transmitter to talk to each other on Moon. Why?
Answer. The sound produced by the musical instrument makes the molecules of air vibrate. These vibrations are carried forward by the other molecules till they reach our ear. These then vibrate our eardrum to produce sound. Since, sound requires a medium to propagate, therefore, sound cannot travel between astronauts on the Moon, hence, they use radio transmitters.

Question. Mention one practical use of echoes.
Answer.Echoes are used in radars to estimate the distance of flying objects.

Question. When a sound is reflected from a distant object, an echo is produced. Let the distance between the reflecting surface and the source of sound production remains the same. Do you hear echo sound on a hotter day?
Answer.If the temperature rises, the speed of sound will increase. This in turn will increase the minimum distance required for hearing an echo. No echo is heard because the distance between the source of sound and reflecting body does not increase.

Question. (i) State two characteristics of wave motion.
(ii) What is the relation between frequency,wavelength and speed of a wave?
Answer.
(i) A wave motion is periodic in nature. The particles of the medium do not move from their mean position but execute vibration but only the energy is transmitted from one point to another.
(ii) Speed = wavelength × frequency
v = λ×n

Question. (i) Draw the sound waves for a low pitched and the high pitched sound.
(ii) Write one use of ultrasonography.
(ii) Which wave property determines pitch?
Answer.
(i) The diagram is as shown :

Figure: Frequency of sound wave
(ii) Ultrasonography is used for examination of the fetus during pregnancy to detect congenital defects and growth abnormalities.
(iii) The pitch depends on frequency.

Question. Give uses of multiple reflection of sound.
Answer. There are several uses of multiple reflection of sound :
(i) Megaphone is a device used to address public meetings. It is horn-shaped. When we speak through megaphone, sound waves are reflected by the megaphone. These reflected sound waves are directed towards the people (or audience) without much spreading.
(ii) The ceilings of concert halls and auditoriums are made curved. This is done so that the sound reaches all the parts of the hall after reflecting from the ceiling. Moreover, these ceilings are made up of sound absorbing materials to reduce the reverberation.
(iii) Stethoscope is a device used by doctors to listen the sound produced by heart and lungs. The sound produced by heart beat and lungs of a patient reaches the ears of a doctor due to multiple reflection of sound.
(iv) Sound boards are curved surfaces (concave) which are used in a big hall to direct the sound waves towards the people sitting in a hall. The speaker is (i.e., source of sound) placed at the focus of the sound board.
(v) Sound waves from the speaker are reflected by die sound board and these reflected waves are directed towards the people (or audience).
(vi) Hearing aid is used by a person who is hard of hearing. The sound waves falling on hearing aid are concentrated into a narrow beam of sound waves by reflection. This narrow beam of sound waves is made to fall on the diaphragm of the ear. Thus, diaphragm of the ear vibrates with large amplitude. Hence, the hearing power of the person is improved.

Question. Using sonar, sound pulses are emitted at the surface of water. These pulses after being reflected from water bottom are detected. If the time interval from the emission to the detection of the sound pulses is 2 seconds, find the depth of the water. (speed of sound in water = 1531 m/s given)
Answer.
t = 2 s
Speed = Distance/Time
1531 = 2x/2
x = 1531 m

Question. A man fires a gun and hears its echo after 5 seconds.The man then moves 310 m towards the hill and fires his gun again. This time he hears the echo after 3 seconds. Calculate the speed of sound.
Answer.
Let d be the distance between the man and the hill in
the beginning.
v= 2d/t
=2d/5   …..(1)

Question. A longitudinal wave is produced on a toy slinky. The wave travels at a speed of 30 cm/s and the frequency of the wave is 20 Hz. What is the minimum separation between the consecutive compressions of the slinky?
Answer.
Wave speed, n = 30 cm/s
Frequency of the wave, n = 20 Hz = 20s–1
The minimum separation between the consecutive compressions is equal to the wavelength. Therefore,
Wavelength=30 cms–1/20s–1=1.5

Thus, the minimum separation between the consecutive compression of the slinky is 1.5 cm. 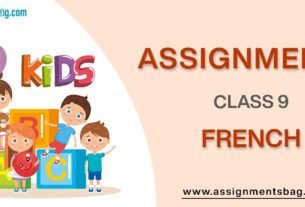