Chapter 13 Why Do We Fall ill Class 9 Science Assignments

Question. Name one disease caused when the microbes target-Lungs and liver.

Question. A child is suffering from fever but the doctor cannot immediately pinpoint the ailment on the basis of this one symptom. Explain, why? Also mention another two such general symptoms.

Question. Name the causal organism of AIDS. Why a person suffering from AIDS cannot fight even very minor infections?

Question. How does public cleanliness affect our health?

Question. What do you understand by disease?

Question. What is an antibiotic?

Question. Many vaccines form the public health programme of childhood immunisation for preventing infectious disease. Name any two such diseases.

Question. Which animal plays the role of vector for rabies?

Question. What do you understand by symptoms?

Question. Why does intake of penicillin not affect human cells?

Question. You have suffered from chickenpox, when you were in class three. Why will you not suffer from it again?

Question. Penicillin is not effective against common cold. Why?

Question. What is disease?

Question. Name any two groups of microorganisms from which antibiotics could be extracted.

Question. What is Incubation Period?

Question. What are the common methods of transmission of disease?

Question. Which was the first Antibiotic?

Question. Which is the most common type of Plague?

Question. Which Vaccine was discovered for the first time and who discovered it?

Question. What are vectors for a disease?

Question. Which animal plays the role of vector for malaria?

Question. What is an acute disease?

Question. What are the causes of diseases?
Answer. Causes of diseases are :
(a) Infection by microorganisms – bacteria, virus,fungi, protozoa and worms cause communicable diseases.
(b) Malfunctioning of body org(c) Deficiency of one or more nutrients.
(d) Genetic factors.
(e) Polluted environment.

Question. What are the different types of diseases? Explain them.
Answer. Diseases are broadly grouped into two types :
Communicable or infectious disease : Those diseases which are passed on from one person to another in various ways through air, water, food, physical contact and insects.
Non-communicable diseases : Those diseases which cannot be spread from person to person. For example : Arthritis, marasmus, etc.

Question. What is immunization, immune system, immunity?
Answer.
(i) Immunization is a specific method of preventing diseases by inoculating vaccines in the human body.
(ii) Immune system : It is a system which protect our body against infection.
(iii) Immunity : The body’s power to resist and overcome infection is called immunity.

Question. Which amongst the two diseases : acute or chronic has adverse effect on the health of a person? Explain giving a suitable example.
Answer. Chronic disease lasts for long time so it is more harmful than acute disease. For example : Cough and cold, viral fever are acute diseases which do not affect our health badly and we become well within a week or so while tuberculosis (TB) which is a chronic disease affects health drastically and has a long time effect on our body.

Question. How can we prevent air borne diseases?
Answer. Air borne disease can be prevented by some simple measures. If you are suffering from common cold then you should cover your face while sneezing or coughing.In case of a flu scare in the city, you should wear a face mask while going to a public place or traveling by public transport. Our body easily wards off any future onslaught of that microbe. Many diseases can be prevented by vaccines.

Question. How can we prevent water borne diseases?
Answer. Water borne disease can be prevented by avoiding the use of contaminated water. You should always carry drinking water from home. If that is not possible then you should buy bottled water for drinking. Never buy food from those vendors who do not keep their food items covered. Don’t eat stale or spoiled food items.

Question. Define :
(i) Health
(ii) Disease.
Answer.
(i) Health : It is defined as a state of complete physical, mental and social well being and not merely the absence of disease or infirmity.
(ii) Disease : A disease in the malfunctioning of body organs due to one reason or the other.

Question. What is an infectious disease?
Answer. When a disease happens because of a microorganism, it is called infectious disease. Bacteria, protozoa,virus and fungi are the causes of diseases in this case.
Example : Diarrhoea, tuberculosis, dengue, malaria, hepatitis, etc

Question. Why can we not make antiviral drugs?
Answer. The viruses lie on the border of living and non-living organism. The virus needs a host body to live and multiply. They cannot be grown and their biological pathways cannot be affected. Hence, the anti-viral drugs is difficult to make.

Question. What are the means of spread of diseases?
Answer. Diseases spread through :
(i) Air : When an infected person sneezes or coughs or spits, a healthy person standing nearby can inhale these droplets, causing infection in that person.
(ii) By water : Some diseases can spread from one person to another when a sick person’s stools gets into water. The people drinking the infected water thus get the disease.
(iii) By physical contact : Some of the diseases like AIDS, syphilis and gonorrhea spread by sexual contact. These diseases are not transmitted by casual physical contact like handshakes, hugs, sports like wrestling and other ways in which we touch other socially.

Question. A baby is not able to tell her/his caretakers that she/he is sick. What would help us to find out :
(a) That the baby is sick.
(b) What will help to find out sickness?
Answer.
(a) The following symptoms will help us to find out that the baby is sick :
(i) Repeated crying
(ii) High body temperature
(iii) Loose motions
(iv) flagging of eyes
(v) Redness of eyes
(b) The following signs will help us to find out what is the sickness :
(i) Yellowing of eyes, pale skin and passing of yellow urine indicate that baby is suffering from jaundice.
(ii) Redness in the eye and persistent rubbing of eyes indicate about eye-flu.
(iii) Gripping pain in the stomach, loose skin and repeated loose motions indicates about diarrhoea.
(iv) High fever, headache, nausea, muscular pains and feeling very cold and shivering indicate about malaria.
(v) If only fever is there with no other visible symptoms then laboratory tests are to be done which will reveal about the signs of any disease.

Question. What are the differences between a virus and a bacteria?
Answer.

Question. What are the limitations of treating an infection?
Answer. Treating an infection has following limitations : An infection hampers the routine activity of a person for a few or many days. This often results in loss of work for that person. This can also result in loss of earning for the person.
An infection may result in short term or long term debility. Treating a disease involves many costs; like cost of medicine, fees of doctor, cost of hospital stay, etc.
An infected person may become a source of infection for many other persons. 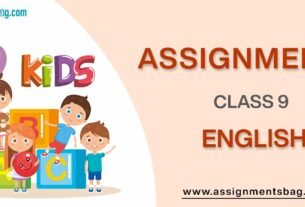 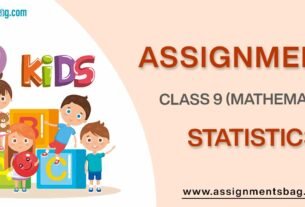