Please refer to Respiration in Plants Class 11 Biology Important Questions with solutions provided below. These questions and answers have been provided for Class 11 Biology based on the latest syllabus and examination guidelines issued by CBSE, NCERT, and KVS. Students should learn these problem solutions as it will help them to gain more marks in examinations. We have provided Important Questions for Class 11 Biology for all chapters in your book. These Board exam questions have been designed by expert teachers of Standard 11.

Question. Which one of the following is essential for the respiration as well as photosynthesis ?
(a) Ubiquinone
(b) Cytochrome
(c) RuBisCO
(d) Plastocyanin

Question. Citrate synthase, an enzyme of TCA cycle is located in
(a) cytosol in prokaryotes.
(b) mitochondrial matrix in eukaryotes.
(c) both (a) and (b)
(d) none of the above

Question. Out of 38 ATP molecules produced per glucose, 32 ATP molecules are formed from NADH/FADH2 in
(a) respiratory chain
(b) Krebs cycle
(c) oxidative decarboxylation
(d) EMP

Question. In the electron transport system, the final acceptor of proton is
(a) cytochrome b
(b) cytochrome a3
(c) oxygen
(d) ubiquinone (substance A)

Question. Chemiosmotic theory of ATP synthesis in the chloroplasts and mitochondria is based on the
(a) membrane potential.
(b) accumulation of Na ions.
(c) accumulation of K ions.
(d) proton gradient.

Question. Which of the following is amphibolic in nature?
(a) Glycolysis
(b) Oxidative decarboxylation of pyruvate
(c) TCA cycle
(d) Oxidative phosphorylation

Question. Select the incorrect statement about NADH during cellular respiration.
(a) It is synthesized in glycolysis.
(b) It is transferred into the mitochondria.
(c) It undergoes oxidative phosphorylation.
(d) It is reduced to NAD+.

Question. Which of the following statement about cellular energy harvesting pathway is incorrect?
(a) Pyruvate oxidation can only occur under aerobic conditions.
(b) Autotrophs can produce their own food but must obtain energy from it by glycolysis & cellular
respiration.
(c) Fermentation usually occurs under aerobic conditions.
(d) All of the above

Question. Match the column-I with column-II and choose the correct combination from the options given below.

Question. In glycolysis, there is one step where NADH + H+ is formed from NAD+, this is when 3-phosphoglyceraldehyde (PGAL) is converted to 1, 3- bisphosphyglycerate (BPGA). This reaction shows
(a) oxidative dehydrogenation
(b) oxidative phosphorylation
(c) oxidative dehydration
(d) oxidation reduction

Question. How many ATP molecules could maximally be generated from one molecule of glucose, if the complete oxidation of one mole of glucose to CO2 and H2O yields 686 kcal and the useful chemical energy available in the high energy phosphate bond of one mole of ATP is 12 kcal ?
(a) Thirty
(b) Fifty seven
(c) One
(d) Two

Question. In alcoholic fermentation, NAD+ is produced during the
(a) reduction of acetyldehyde to ethanol.
(b) oxidation of glucose.
(c) oxidation of pyruvate to acetyl coA.
(d) hydrolysis of ATP to ADP.

Question. In the conversion of pyruvic acid to acetyl coenzyme A, NAD+ is
(a) oxidized
(b) reduced
(c) broken into one-carbon units
(d) isomerized

Question. The given figure shows the few steps of the pathway are indicated by P, Q, R and S major pathway of anaerobic respiration.

Question. Refer the figure and identify X, Y and Z

Question. The given figure represents the interelationship among metabolic pathways showing the respiration mediated breakdown of different organic molecules to CO2 and H2O.
Now identify A to D. 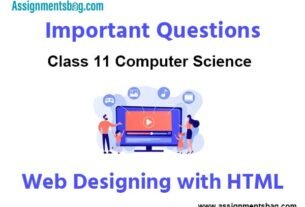