Please refer to Assignments Class 12 Biology Strategies for Enhancement in Food Production Chapter 9 with solved questions and answers. We have provided Class 12 Biology Assignments for all chapters on our website. These problems and solutions for Chapter 9 Strategies for Enhancement in Food Production Class 12 Biology have been prepared as per the latest syllabus and books issued for the current academic year. Learn these solved important questions to get more marks in your class tests and examinations.

Question. Each of the plant obtained through tissue culture are genetically identical to the original plant from which they were grown are known as
(a) Genocopies
(b) Somaclonal variants
(c) Somaclones
(d) Phenocopies

Question. “International center for wheat and maize”improvement” is situated at :
(a) Phillipins
(b) India
(c) Mexico
(d) Brazil

Question. Parbhani Kranti, which has resistance to yellow mosaic virus is a variety of :
(a) Wheat
(b) Cow pea
(c) Bhindi
(d) Chilli

Question. Which of the following nutrient was enhanced in hybrid maize developed in the year 2000
(a) Lysine
(b) Tryptophane
(c) Threonine
(d) Both 1 and 2

Question. Which of the following is not a step of plant breeding
(a) Collection of variability
(b) Evalution and selection of parents
(c) Cross hybridisation within a pure line
(d) Selection and testing of superior recombinants

Question. Resistance to jassids in cotton and cereal leaf beetles in wheat is due to which of the following morphological / physiological / Biochemical characteristic
(a) Solid stem
(b) Nectorlessness
(c) High aspartic acid
(d) Hairy leaves

Question. “Jaya” and “Ratna” are better yielding semi dwart varieties of rice. These varieties are doveloped in which country ?
(a) Japan
(b) India
(c) Phillipins
(d) Mexico

Question. Which one of the following is a new breed of sheep developed in Punjab by crossing Bikaneri ewes and Marino rams?
(a) Hisardale
(b) White Leghorn
(c) Assel
(d) Langshan

Question. A branch of science that deals with the maintenance of hives of honeybees for the production of honey is called ______.
(a) aquaculture
(b) pisciculture
(c) apiculture
(d) sericulture

Question. Which one of the following is a freshwater fish?
(a) Catla
(b) Rohu
(c) Common carp
(d) All of these

Question. Which of the following is a variety of Brassica resistant to white rust disease?
(a) Himgiri
(b) Pusa komal
(c) Pusa swarnim (Karan rai)
(d) Pusa Sadabahar

Question. Which of the following processes is used for creating genetic variation by changing the base sequence within genes resulting in the creation of a new character or trait not found in the parental type?
(a) Selection
(b) Hybridization
(c) Mutation
(d) Breeding

Question. Which one of the following technique is used for the manipulation of plant species in order to create desired plant types that are better suited for cultivation and give better yields and are disease resistant?
(a) Out-breeding
(b) Out-crossing
(c) Cross-breeding
(d) Plant breeding

Question. In Abelmoschus esculentus (bhindi), resistance genes are transferred from a wild species against yellow mosaic virus and resulted in a new variety of A. Esculentus called _____
(a) Pusa swarnim
(b) Himgiri
(c) Pusa sadabahar
(d) Parbhani kranti

Question. Which of the following variety of wheat, having a high protein content, has been used as a donor for improving cultivated wheat ?
(a) Himgiri
(b) Atlas 66
(c) Sonalika
(d) Kalyan Sona

Question. Which of the following statement(s) is/are correct ?
(a) Haploid culture technique was developed by Guha and Maheshwari.
(b) A line consists of a group of individuals related by descent and with similar genotype.
(c) Mutation is a sudden heritable change in a character of an organism.
(d) All of the above

Question. Which of the following statement(s) is/are incorrect?
(a) In 2000, maize hybrids that had twice the amounts of the amino acids, lysine and proline, compared to
existing maize hybrids were developed.
(b) The Indian Agricultural Research Institute, New Delhi has released several vegetable crops that are
rich in vitamins and minerals.
(c) Some of the diseases caused by fungi are black rot of crucifers, tobacco mosaic, turnip mosaic etc.
(d) Both (a) and (c)

Question. Select the correct statement(s).
(i) IARI has released a mustard variety rich in vitamin C.
(ii) Pusa Sawani, a variety of Okra is resistant to aphids.
(iii) Hairiness of leaves provides resistance to insect pests.
(iv) Agriculture accounts for approximately 33% of India’s GDP and employs nearly 62% of the population.
(a) (i) and (ii)
(b) (ii) and (iii)
(c) (i), (iii) and (iv)
(d) None of these

Question. Which of the following statement(s) is/are correct regarding inbreeding?
(i) It is the mating of more closely related individuals within the same breed for 4-6 generations.
(ii) It decreases homozygosity .
(iii) It exposes harmful recessive genes that are eliminated by selection.
(iv) Inbreeding depression results due to continued Inbreeding, especially close – inbreeding, may reduce fertility and productivity.
(a) (i) and (ii)
(b) (iii) and (iv)
(c) (ii), (iii) and (iv)
(d) (i), (iii) and (iv)

Question. Which of the following statement(s) is/are correct?
(i) Fishery is an industry, which deals with catching, processing and marketing of fishes and other aquatic
animals such as prawn, crab, lobster, edible oyster, etc. that have a high economic value.
(ii) Both aquaculture and pisciculture are same.
(iii) The development and flourishing of the fishery industry is called silver revolution.
(a) Only (i)
(b) Both (ii) and (iii)
(c) Both (i) and (iii)
(d) All of these

Question. Which of the following statement is correct?
(a) Sonalika and Kalyan sona were low yielding and disease resistant crops.
(b) Saccharum barberi had high sugar content and yield, but was originally grown in north India.
(c) Saccharum officinarum had thicker stems and higher sugar content, but did not grow well in north India.
(d) Both (a) and (c)

Question. Match the column-I with column-II and choose the correct option.

Question. Which of the following is not correctly matched with its variety?
(a) Brassica (rapeseed mustard) – Pusa Gaurav
(b) Cowpea – Pusa Sadabahar
(c) Flat been –Pusa sem 2
(d) Okra (Bhindi) – Pusa A- 4

Question. Assertion : Somatic embryos can be induced from any cell in plant tissue culture.
Reason : Any living plant cell is capable of differentiating into somatic embryos.

Question. Assertion : An important technique of genetic engineering is protoplast culture.
Reason : It results in the production of genetically modified crops.

Question. Assertion : A major advantage of tissue culture is protoplast fusion.
Reason : A hybrid is formed by the fusion of naked protoplasts of two plants.

Question. The biggest compulsion of plant breeding is
(a) infrastructure.
(b) trained manpower.
(c) transfer of genes from unrelated sources.
(d) availability of desirable gene in the crop and its wild relatives.

Question. Which of the following is the process of choosing parent organisms for the characteristic that is wanted in their offspring?
(a) Active selection
(b) Reproductive selection
(c) Selective breeding
(d) None of the above

Question. Sharbati sonora variety of wheat was obtained by
(a) X-ray treatment.
(b) crossing with wild varieties of wheat.
(c) hybridization between wild grasses.
(d) irradiation of sonora 64 with gamma rays.

Question. Which of the following pair of hormones are required for a callus to differentiate ?
(a) Auxin and cytokinin
(b) Auxin and ethylene
(c) Auxin and abscisic acid
(d) Cytokinin and gibberellin

Question. An improved variety of transgenic basmati rice
(a) does not require chemical fertilizers and growth hormones.
(b) gives high yield and is rich in vitamin A.
(c) is completely resistant to all insect pests and diseases of paddy.
(d) gives high yield but has no characteristic aroma.

Question. Plants can be disease resistant by
(a) breeding with their wild relatives.
(b) colchicine treatment.
(c) hormone treatment.
(d) heat treatment.

Question. Which of the following is not used for crop improvement?
(a) Inbreeding
(b) Introduction
(c) Hybridization
(d) Mutations

Question. On the basis of the following process, answer the question.
(i) gene transfer
(ii) transfer of cytoplasm
(iii) production of useful allopolyploids
Which of the following term is used in the given process?
(a) Somatic hybrid
(b) Single cell protein
(c) Bio – fortification
(d) None of the above 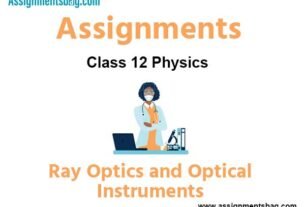 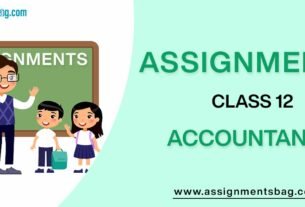