• The idea of power sharing is naturally linked to democracy.

• Most of the societies around the world are having diversity based on religion, race, caste, language etc. Therefore, due respect should be given to all the diverse groups and views that exist in a society.

• We will understand the impact of power sharing arrangements in Belgium. Belgium is a small country in Europe.

• Its ethnic composition is complex. Its population is around one crore.

• In the capital city Brussels, 80% are French speaking while 20% are Dutch speaking.

• The minority French speaking community was relatively rich and powerful.

• Dutch speaking community got the benefit of economic development later.

• Between 1970 and 1993, FOUR amendments were brought in the Belgian constitution so as to bring an arrangement that would enable everyone to live together within the same country.

• Sri Lanka is an island nation, just a few kilometers off the southern coast of India.

• Its population is around two crore.

• Like other nations in the South Asia region, Sri Lanka has a diverse population.

• Sri Lanka emerged as an independent country in 1948.

• The leaders of the Sinhala community sought to secure dominance over government by virtue of their majority.

• As a result, the democratically elected government adopted a series of Majoritarian measures to establish Sinhala supremacy.

• All these measures, coming one after the other, gradually increased the feeling of alienation among the Sri Lankan Tamils. The distrust between the two communities turned into widespread conflict and soon it turned into a Civil War.

• We saw contrasting forms of power sharing through the examples of Belgium and Sri Lanka. In Belgium, the constitution was amended so as to work out an arrangement that would enable everyone to live together within the same country.

• In Sri Lanka, Majoritarianism measures were adopted which led to alienation among the Tamils. This turned into a civil war.

• Hence, it can be said that power sharing is necessary. Following points can be given in favour of power sharing. 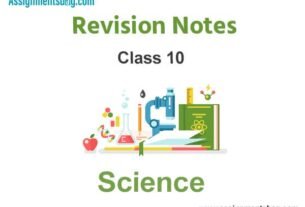