Please refer to the following Chapter 5 States of Matter MCQ Questions Class 11 Chemistry with solutions for all important topics in the chapter.

Question. NH3 and HCI gas are introduced simultaneously from the  two ends of a long tube. A white ring of NH4Cl appears first
(a) nearer to the HCl end
(b) at the centre of the tube
(c) throughout the tube
(d) nearer to the NH3 end

Question. For an ideal gas, number of mol per litre in terms of its pressure p, temperature T and gas constant R is
(a) pT/R
(b) pRT
(c) p /RT
(d) RT/p

Question. In the equation of state ofan ideal gas pV = nRT ,the value of the universal gas constant would depend only on
(a) the nature of the gas
(b) the pressure of the gas
(c) the units of the measurement
(d) None of the above

Question. Two gas cylinders having san1e capacity have been filled with 44 g of H2 and 44 g of CO2 respectively. If the pressure in CO2 cylinder is 1 atrn at a particular temperatw·e, then the pressure in the hydrogen cylinder at the same temperature is
(a) 2 atm
(b) 1 atrn
(c) 22 atm
(d) 44 atrn

Question. Based on kinetic theory of gases following laws can be proved
(a) Boyle’s law
(b) Charles’ law
(c) Avogadro’s law
(d) All of these

Question. When a sample of gas is compressed at constant temperature from 15 atm to 6 atm, its volume changes from 76 cm3 to 20.5 cm3 . Which of the following statements are possible explanations of this behaviour?
I. The gas behaves non-ideally.
II. The gas dimerises.
III. The gas is absorbed into the vessel walls.
(a) I, II and III
(b) I and II only
(c) II and III
(d) Only I

Question. Which factors do not affect the vapour pressure ofa liquid at equilibrium?
I. Intermolecular forces of attraction.
II. The volume of liquid present.
III. The temperanire of the liquid.
(a) Only I
(b) Only II
(c) I and II
(d) II and III

Question. Cooking is fast in a pressure cooker, because
(a) food particles are effectively smashed
(b) water boils at higher temperature inside pressure cooker
(c) food is cooked at constant volume
(d) loss of heat due to radiation is minimum

Question. Which of the following will increase with the increase in temperature?
(a) Surface tension
(b) Viscosity
(c) Molality
(d) Vapour pressure

Question. A gas deviates from ideal behaviow· at a high pressure because its molecules
(a) attract one another
(b) show the Tyndal effect
(c) have kinetic energy
(d) are bound by covalent bonds

Question. The CO2 gas does not follow gaseous laws at all ranges of pressure and temperature because
(a) it is triatomic gas
(b) its internal energy is quite high
(c) there is attraction between its molecules
(d) it solidify at low temperature

We hope you liked the above provided MCQ Questions Chapter 5 States of Matter Class 11 Chemistry with solutions. If you have any questions please ask us in the comments box below. 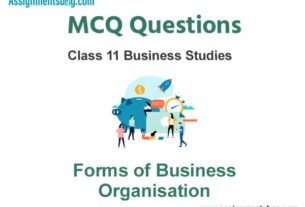 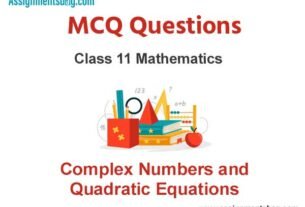