Please refer to the following Chapter 13 Photosynthesis in Higher Plants MCQ Questions Class 11 Biology with solutions for all important topics in the chapter.

Question- Which of the following statements (i-iv) regarding “Splitting of water” is/are correct.
(i) It is photolysis of water which provides H+ ions for synthesis of NADPH.
(ii) It provides electrons for photophosphorylation & activation of NADP+.
(iii) O2 is evolved during this process.
(iv) It replenishes O2 consumed by living beings and combustion.
(a) One
(b) Two
(c) Three
(d) All

Question- During the light stage of photosynthesis, the photoactivated pigment removes an electron from the hydroxylation derived from the water molecule.
The fate of the free hydroxyl radical is that it
(a) is broken down into oxygen and a free radical of hydrogen.
(b) is used to raise the activation level of chlorophyll by donating a positive charge.
(c) is used to produce adenosine triphosphate from adenosine diphosphate.
(d) reduces carbon dioxide to sugar.

Question- Consider the following statements with respect to photosynthesis and identify the correct statements.
(i) The first carbon dioxide acceptor in C4 cycle is PGA.
(ii) In C3 plants, the first stable product of photosynthesis during dark reaction is RuBP.
(iii) Cyclic photophosphorylation results in the formation of ATP.
(iv) Oxygen which is liberated during photosynthesis comes from water.
(a) (i) and (ii)
(b) (i) and (iii)
(c) (iii) and (iv)
(d) (ii) and (iii)

Question- In photosynthesis, splitting of water and release of oxygen occurs during
(a) photolysis
(b) red drop
(c) Pasteur effect
(d) Calvin cycle

Question- In non-cyclic reactions of photosynthesis, electrons from chlorophyll molecules in photosystem-I are used in the formation of NADPH. What is the source of such electrons?
(a) Light
(b) NADPH
(c) Photosystem-I
(d) Photosystem-II, which splits water molecule

Question- Cooperation of the two photosystems of the chloroplast is required for
(a) ATP synthesis.
(b) reduction of NADP+.
(c) enhancement of dark reaction.
(d) generation of protein motive force.

Question- Which one of the following categories of organisms do not evolve oxygen during photosynthesis?
(a) Red algae
(b) Photosynthetic bacteria
(c) C4 plants with Kranz anatomy
(d) Blue green algae

Question- Chloroplasts are disrupted and the stroma separated from the lamellae. The isolated stroma will fix CO2 if it is supplied with
(a) O2
(b) RuBisCO
(c) light
(d) ATP + NADPH

Question- The pigment molecules responsible for photosynthesis are located in the
(a) cytoplasm of the cell.
(b) matrix of the mitochondria.
(c) thylakoid membrane of the chloroplast.
(d) All of the above

Question- Assume the thylakoid membrane within a chloroplast is punctured so that there is no separation between lumen & stroma of thylakoid. Which of these process would be most affected?
(a) the splitting of water
(b) the synthesis of ATP
(c) reduction of NADP+
(d) the flow of electrons from PS – II to PS – I

Question- According to Blackman’s law of limiting factor, at any given time, photosynthesis can be limited by
(a) light only
(b) CO2 concentration only
(c) both light and CO2 concentration
(d) either by light or by CO2

Question- During monsoon, the rice crop of eastern states of India shows lesser yield due to limiting factor of
(a) CO2
(b) light
(c) temperature
(d) water

Question- Through the use of oxygen-18 (heavy oxygen),scientists have found that the oxygen released during photosynthesis comes from molecules of
(a) carbon dioxide
(b) water
(c) glucose
(d) chlorophyll

Question- Why C4 plants are special ? Because,
(i) they have a special type of leaf anatomy.
(ii) they tolerate higher temperatures.
(iii) they show a response to high light intensities.
(iv) they lack a process called photorespiration.
(v) they have greater productivity of biomass.
(a) (i) and (ii)
(b) (i), (iii) and (iv)
(c) (i), (ii), (iii) and (iv)
(d) All of these

Question- The electrons that are released by the photolysis of water during non-cyclic photophosphorylation, ultimately end up in
(a) glucose
(b) ATP
(c) H2O
(d) NADPH

Question- Identify the correct statements for ATP synthase.
(i) This enzyme consists of two parts: hydrophobic membrane bound portion called F0 & a portion that sticks out into stroma called F1.
(ii) F0 appears to form a channel across the membrane through which proton can pass.
(iii) The conformational change in the F1 portion of the complex synthesizes ATP.
(iv) The proton motive force that drives the synthesis of ATP is associated with this enzyme.
(a) (i), (ii) and (iii)
(b) (i), (ii) and (iv)
(c) (i) and (iv) only
(d) All of these

Question- Which one does not differ between a C3 and a C4 plant?
I. Initial CO2 acceptor.
II. Extent of photorespiration.
III. Enzyme catalyzing reaction that fixes CO2.
IV. Presence of Calvin cycle.
V. Leaf anatomy.
(a) I and V
(b) IV
(c) II and III
(d) II

Question- Which of the following is not concern with cyclic photophosphorylation?
(a) Liberation of oxygen.
(b) Synthesis of ATP.
(c) It occurs in certain photosynthetic bacteria.
(d) Electron expelled from P700 return to it after passing through different electron accepto

Question- Which one of the following event occurs both during cyclic and non-cyclic modes of photophosphorylation?
(a) Involvement of both PS – I and PS – II.
(b) Formation of ATP.
(c) Release of O2.
(d) Formation of NADPH.

Question- Reduction of NADP+ into NADPH during light reaction occurs in stroma because
(a) NADP reductase enzyme is located on the stroma side of membrane.
(b) PS – I reduces NADP+ to NADPH +H+ in the stroma.
(c) The pH of the stroma remains constant.
(d) Both (a) and (b) are correct.

Question- Which of the following does not participate in the process of photosynthesis?
(a) Red algae
(b) Green algae
(c) Brown algae
(d) None of these

Question- Which part of the plant do not perform photosynthesis?
(a) Cactus stem
(b) Guard cell of stomata
(c) Mesophyll cells of leaf
(d) Leaf epidermis

Question- Under water stress, the rate of photosynthesis declines because of
(a) stomatal closure leading to decrease in CO2 supply
(b) reduced water potential that decreases leaf surface areas for photosynthesis
(c) both (a) and (b)
(d) turgidity of leaf

Question- Accessory pigments
(a) play no role in photosynthesis.
(b) release e– and get oxidized.
(c) transfer of e– to NADP.
(d) allow plants to harvest visible light of wider range wavelengths.

Question- Chlorophyll is suited for the capture of light energy because
(a) certain wavelengths of light raise it to an excited state.
(b) in its excited state chlorophyll gives off electrons.
(c) chlorophyll’s structure allows it to attach to thylakoid membranes.
(d) all of the above

Question- During photosynthesis, electrons are continuously lost from the reaction centre of PSII. By which process these electrons are replaced?
(a) Sunlight
(b) Photolysis of water
(c) Release of oxygen
(d) Redox reaction

Question- In an experiment, the CO2 available to a C4 plant was labelled with a radioactive isotope and the amount of radioactivity in the chloroplast was measured. As photosynthesis preceeded, in which of the following molecules did the radioactivity first appear?
(a) Oxaloacetic acid
(b) PEP
(c) Malic acid
(d) RuBP

Question- In a crop field a weedicide is used to remove weeds in order to increase the yield. But the effect of this weedicide is that, it blocks electron transport from photosystem II to photosystem I. This will result in
(a) enhancement of dark reaction.
(b) failure of ATP synthesis.
(c) lack of reduction of NADP+.
(d) both (b) and (c)

Question- Cyclic and non-cyclic flow of e– is used in plants to
(a) meet the ATP demands of Calvin-cycle.
(b) avoid producing excess NADPH + H+.
(c) balance ATP and NADPH + H+ ratio in chloroplasts.
(d) All of the above

We hope you liked the above provided MCQ Questions Chapter 13 Photosynthesis in Higher Plants Class 11 Biology with solutions. If you have any questions please ask us in the comments box below. 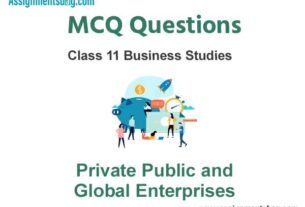 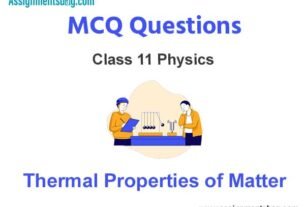 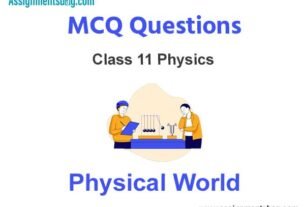