Please refer to the following Chapter 12 Thermodynamics MCQ Questions Class 11 Physics with solutions for all important topics in the chapter.

Question. Which of the following processes is adiabatic ?
(a) Melting of ice
(b) Bursting of tyre
(c) Motion of piston of an engine with constant speed
(d) None of these

Question. An ideal gas undergoes four different processes from the same initial state (figure). Four processes are adiabatic, isothermal, isobaric and isochoric. Out of 1, 2, 3 and 4 which one is adiabatic?

Question. Figure below shows two paths that may be taken by a gas to go from a state A to a state C.

Question. For an isothermal expansion of a perfect gas, the value of Δp/p is equal to

Question. A uniform sphere is supplied heat electrically at the centre at a constant rate. In the steady state, steady temperatures are established at all radial locations r, heat flows outwards radial and is ultimatey radiated out by the outer surface isotropically. In this steady state, the temperature gradient varies with radial distance r according to
(a) r–1
(b) r–2
(c) r–3
(d) r–3/2

Out of the following diagrams, which figure represents the T-p diagram?

Question. An ideal gas undergoes cyclic process ABCDA as shown in given p-V diagram. The amount of work done by the gas is

Question. Which of the following relations does not give the equation of an adiabatic process, where terms have their usual meaning?
(a) PyT1–y = constant
(b) P1–y Ty = constant
(c) PVy = constant
(d) TVy–1 = constant

Question. A thermodynamic system undergoes cyclic process ABCDA as shown in fig. The work done by the system in the cycle is :

Question. Thermodynamic processes are indicated in the following diagram :

Question. An ideal gas is compressed to half its initial volume by means of several processes. Which of the process results in the maximum work done on the gas?
(a) Isobaric
(b) Isochoric
(c) Isothermal
(d) Adiabatic

We hope you liked the above provided MCQ Questions Chapter 12 Thermodynamics Class 11 Physics with solutions. If you have any questions please ask us in the comments box below. 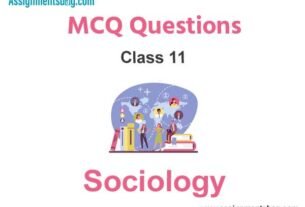 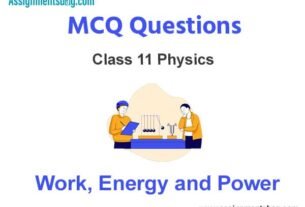