Please refer to the following Chapter 16 Digestion and Absorption MCQ Questions Class 11 Biology with solutions for all important topics in the chapter.

Question- In case of taking food rich in lime juice, the action of ptyalin on starch is
(a) enhanced
(b) reduced
(c) unaffected
(d) stopped

Question- The given pair represent substrate-enzyme pair. Which of the following pair is (are) correct?
A. Maltose – Lactase
B. Protein – Pepsin
C. Carbohydrate – Lipase
D. Casein – Renin
(a) A and B only
(b) B and C only
(c) A and D only
(d) B and D only

Question- Which of the following statement is incorrect ?
(a) Brunner’s glands are submucosal.
(b) Rugae are the irregular folds of inner gastric mucosa.
(c) Glisson’s capsule is the connective tissue sheath of hepatic lobule.
(d) Mesothelium or serosa lies in close proximity of the sub-mucosa.

Question- Which of the following is not the function of HCl in stomach?
(a) Breaking down proteins into peptones.
(b) Killing the bacteria ingested with food and drinks.
(c) Promoting the formation of pepsin.
(d) Softening fibrous food elements.

Question- Which one of the following statements is true regarding digestion and absorption of food in humans?
(a) About 60% of starch is hydrolysed by salivary amylase in our mouth.
(b) Oxyntic cells in our stomach secrete the proenzyme pepsinogen.
(c) Fructose and amino acids are absorbed through intestinal mucosa with the help of carrier ions like Na+.
(d) Chylomicrons are small lipoprotein particles that are transported from intestine into blood capillaries.

Question- Which of the following statements is incorrect?
(a) Saliva lubricates the food.
(b) Tongue helps in chewing of food.
(c) Salivary glands have protein digesting enzymes.
(d) Bile does not contain any digestive enzymes.

Question- If pH of stomach is 7 then which component of food would be affected?
(a) Starch
(b) Protein
(c) Fat
(d) Sucrose

Question- Which of the following statements are true regarding human digestive system?
(i) Food is not digested in the gullet.
(ii) There is no digestive juice in the mouth.
(iii) Food is digested completely in the stomach.
(iv) The large intestine is shorter than the small intestine.
(v) Inside the large intestine, most of the water from the undigested food is absorbed by the body.
(a) (i) and (ii) only
(b) (iii) and (v) only
(c) (i), (iv) and (v) only
(d) (ii), (iii) and (iv) only

Question- A person who is on hunger strike and is surviving only on water, will have
(a) less amino acids in his urine.
(b) more glucose in his blood.
(c) less urea in his urine.
(d) more sodium in his urine

Question- What will happen if bile duct gets choked ?
(a) Faeces become dry.
(b) Acidic chyme will not be neutralized.
(c) There will be little digestion in intestine.
(d) Little digestion of fat will occur.

Question- What is common among amylase, renin and trypsin?
(a) All are proteins.
(b) All are proteolytic enzymes.
(c) Produced in stomach.
(d) Act at pH lower than 7.

Question- Which of the following monomers are produced, when lipids are broken down by lipase?
A. Nucleotides
B. Amino acids
C. Glycerol
D. Fatty acids
(a) A and C only
(b) C and D only
(c) C only
(d) D only

Question- If the epiglottis does not function correctly, then what will happen to the human being ?
(a) One might congest.
(b) Peristalsis will discontinue.
(c) Acid reflux disease will damage the oesophagus.
(d) Swallowing will be difficult or impossible.

Question- Which of the following substances involved in organic molecule digestion is correctly matched with their descriptions?
(a) Salivary amylase- It begins lipid digestion in mouth.
(b) Trypsin- It emulsifies fats for digestion.
(c) Bile- It digests proteins in small intestine.
(d) Maltase- It is a brush border enzyme that acts on disaccharides.

Question- If for some reason our goblet cells becomes nonfunctional then this will adversely affect
(a) production of somatostatin.
(b) secretion of sebum from the sebaceous glands.
(c) maturation of sperms.
(d) smooth movement of food down the intestine.

Question- If the large intestine becomes irritated and peristalsis increases then which of the following will result?
(a) Indigestion
(b) Diarrhoea
(c) Constipation
(d) Vomiting

Question- What will happen if the secretion of parietal cells of gastric glands is blocked with an inhibitor?
(a) Enterokinase will not be released from the duodenal mucosa and so trypsinogen is not converted into trypsin.
(b) Gastric juice will be deficient in chymosin.
(c) Gastric juice will be deficient in pepsinogen.
(d) In the absence of HCl secretion, inactive pepsinogen is not converted into the active enzyme pepsin.

Question- If the parietal cells of the gut epithelium become partially non-functional, what is likely to happen?
(a) The pancreatic enzymes, specially the trypsin and lipase will not work efficiently.
(b) The pH of stomach will fall abruptly.
(c) Steapsin will be more effective.
(d) Proteins will not be adequately hydrolysed by pepsin into proteases and peptones.

Question- Which of the following occurs in the duodenum?
(a) Absorption of vitamins and minerals.
(b) Mixing of food with pancreatic juice and bile.
(c) Mastication of food.
(d) Absorption of water.

Question- Which part is infected when a person is suffering from diarrhoea ?
(a) Small intenstine
(b) Large intestine
(c) Stomach
(d) None of these

Question- Which process transported the bolus into the pharynx and then into the oesophagus?
(a) Deglutition
(b) Peristalsis
(c) Vomiting
(d) All of these

We hope you liked the above provided MCQ Questions Chapter 16 Digestion and Absorption Class 11 Biology with solutions. If you have any questions please ask us in the comments box below. 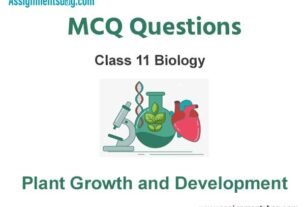 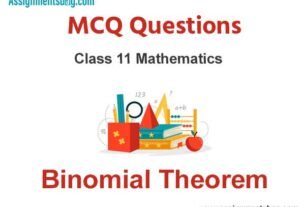