Please refer to Locomotion and Movement Class 11 Biology Important Questions with solutions provided below. These questions and answers have been provided for Class 11 Biology based on the latest syllabus and examination guidelines issued by CBSE, NCERT, and KVS. Students should learn these problem solutions as it will help them to gain more marks in examinations. We have provided Important Questions for Class 11 Biology for all chapters in your book. These Board exam questions have been designed by expert teachers of Standard 11.

Question. Which of the following is a single U shaped bone, present at the base of the buccal cavity and it is also included in the skull?
(a) Hyoid
(b) Malleus
(c) Sacrum
(d) Scapula

Question. Which of the following vertebrae are fused?
(a) Cervical
(b) Sacral
(c) Lumber
(d) Thoracic

Question. Identify the joint between sternum and the ribs in humans.
(a) Fibrous joint
(b) Gliding joint
(c) Cartilaginous joint
(d) Angular joint

Question. Which of the following statement is incorrect ?
(a) All movements lead to locomotion.
(b) Ciliary movement help in passage of ova through female reproductive tract.
(c) Microfilaments are involved in amoeboid movement.
(d) In Paramecium, the cilia help in movement of food through cytopharynx and in locomotion as well.

Question. What is not true about human skull?
(a) It is dicondylic.
(b) It includes 6 ear ossicles.
(c) It includes 14 facial bones.
(d) Hyoid is not included in skull bones.

Question. Read the following statements (A to D) and select the one option that contains both correct statements.
A. Z-line is present in the centre of the light band.
B. Thin filaments are firmly attached to the M-line.
C. The central part of thick filaments, not overlapped by thin filaments is called Z-band.
D. Light band contains only thin filaments.
(a) A and D
(b) B and C
(c) A and C
(d) B and D

Question. Select the correct statement regarding the specific disorder of muscular or skeletal system.
(a) Myasthenia gravis – Autoimmune disorder which inhibits sliding of myosin filaments.
(b) Gout – Inflammation of joints due to extra deposition of calcium.
(c) Muscular dystrophy – Age related shortening of muscles.
(d) Osteoporosis – Decrease in bone mass and higher chances of fractures with advancing age.

Question. Which of the following statements is/are correct?
(i) During muscle contraction, isotropic band gets elongated.
(ii). Acetylcholine is released when the neural signal reaches the motor end plate.
(iii) Muscle contraction is initiated by the signal sent by CNS via a sensory neuron.
(iv) Repeated activation of muscle can lead to lactic acid accumulation.
(a) (i) and (iii)
(b) (ii) and (iv)
(c) (i), (ii) and (iii)
(d) (ii), (iii) and (iv)

Question. Read the following 4-statements (i – iv) and accordingly mark the option that has both correct statements.
(i) Cardiac fibres are branched with one or more nuclei.
(ii) Smooth muscles are unbranched and cylindrical.
(iii) Striated muscles can be branched or unbranched.
(iv) Involuntary muscles are non-striated.
(a) (i) and (iv)
(b) (ii) and (iii)
(c) (iii) and (iv)
(d) (i) and (iii)

Question. Assertion : The phase of muscle contraction occurs when myosin binds and releases actin.
Reason : Muscle contraction is initiated by a signal sent by the peripheral nervous system via a motor neuron.

Question. Assertion : Inflammation of a skeletal joint may immobilize the movements of the joint.
Reason :Uric acid crystals in the joint cavity and ossification of articular cartilage lead to this.

Question. Assertion : Arthritis or inflammation of a joint makes the joint painful.
Reason : Some toxic substances are deposited at the joint.

Question. Which of the following human skeletal parts are correctly matched with their respective category?
Pairs of skeletal parts – Category
A. Humerus and ulna – Appendicular skeleton
B. Malleus and stapes – Ear ossicles
C. Sternum and ribs – Axial skeleton
D. Clavicle and glenoid – Pelvic girdle cavity
(a) A and B only
(b) A, B and C only
(c) A, B, and D only
(d) All of the above

Question. Which of the following match is incorrect?
(a) 8th, 9th and 10th pairs of ribs – do not articulate directly with the sternum but join the sixth rib with
the help of hyaline cartilage.
(b) Glenoid cavity – articulates with the head of the humerus to form the shoulder joint.
(c) Fibrous joint – flat skull bones which fuse end-toend with the help of dense fibrous connective
tissues in the form of sutures, to form the cranium.
(d) Increase in Ca++ level – leads to the binding of calcium with a subunit of troponin on actin filaments and thereby remove the masking of active sites for myosin.

Question. Given below is a diagram of the bones of the left human hindlimb as seen from the front. It has certain mistakes in labelling. Identify the two bones which are not correctly labelled.

Question. The diagram given below shows the pelvic girdle and lower limb.

Question. The given diagram represents the bones of human arm.
Identify the bones marked as I, II, III & IV.

Question. The given figure shows the structure of pectoral girdle and upper arm. Identify the structure marked as “X” and its feature.

(a) Humerus: Longest bone of upper extremity and is characterized by presence of deltoid tuberosity for the attachment of muscles.
(b) Radius: It is a smaller bone and formed by sesamoid bone.
(c) Ulna: The bone extending from the elbow to the wrist on the side opposite to the thumb in humans.
(d) Femur: Longest and largest bone of body. 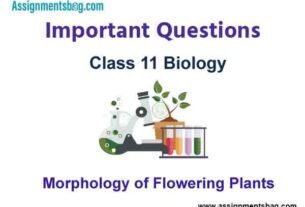 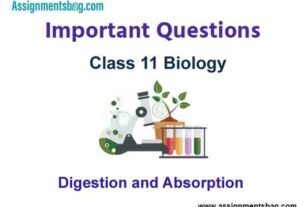