8. An Extract of Balance Sheet

14. A newly admitted partner acquires the right to
(a) share in the future profits
(b) share in the assets of the firm
(c) Both (a) and (b)
(d) None of these

15. When a new partner does not bring his share of goodwill in cash, the amount is debited to
(a) Cash A/c
(b) Premium A/c
(c) Current A/c of new partner
(d) Capital A/cs of old partners

Glorious Ltd. was incorporated on 1st April, 2020 with its registered office at Hyderabad.
It invited applications for issuing 4,00,000 equity shares of ₹ 10 each at premium of ₹ 20 per share The amount was payable as follows
On Application – ₹ 2 per share
On Allotment – ₹ 13 per share (including ₹ 10 premium)
On First Call – ₹ 7 per share (including ₹ 5 premium)
On Final Call – ₹ 8 (including ₹ 5 premium)
Applications for 3,60,000 shares were received. Shares were allotted to all the applicants. Vijay, a shareholder holding 10,000 shares paid his entire share money along with the allotment money. Kartik a, holder of 14,000 shares, failed to pay the allotment money. Afterwards the first call was made. Kartik paid the allotment money along with the first call money.
Neeraj, holding 4,000 shares did not pay the final call. Neeraj’s shares were forfeited immediately after the final call. Out of the forfeited shares, 3,000 shares were reissued at ₹ 8 per share fully paid up.

Kartik and Amit were partners in a firm carrying on a tiffin service in Delhi. Kartik noticed that a lot of food is left at the end of the day. To avoid wastage, he suggested that it can be distributed to the needy; Amit wanted that it should be mixed with the food being served the next day.
Amit then give a proposal that if his share in the profit increased, he will not mind free distribution of left over food. Kartik happily agreed. So, they decided to change their profit sharing ratio 1 : 2 with immediate effect. On that data, revaluation of assets and reassessment of liabilities was carried out that resulted into a gain of ₹ 36,000. On that date, the goodwill of the firm was valued at ₹ 2,40,000. 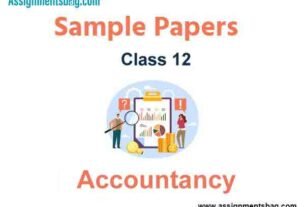 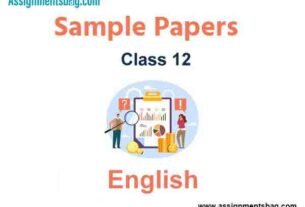