Question. What is evolution?
Answer. Evolution is the gradual unfolding of organisms from the pre-existing ones through changes since the beginning of life.

Question. Define species
Answer. All organism that are similar enough to breed and perpetuate is called species.

Question. Give one example of each Protesta having cilia and flagella.
Answer. Cilia – Paramecium.
Flagella – Euglena.

Question. What are saprophytes?
Answer. Saprophytes are organisms which use decaying organic material as food. Eg., Rhizopus, yeast.

Question. What is a thallus?
Answer. Thallophyte has a simple plant body. The plant body is not differentiated into root, stem and leaves and is called thallus.

Question. What is chemical characteristics of fungal cell wall?
Answer. In fungi, the cell wall is made of chitin.

Question. What is pseudocoelom?
Answer. The space between alimentary canal and body wall that lacks lining of mesodermal epithelium is known as pseudocoelom.

Question. What is the morphological feature of molluscs after which the phylum is named?
Answer. The word “mollusc” means “soft thing”. Molluscs have soft bodies and this feature explains the name of the phylum.

Question. What is osculum?
Answer. The body of sponge is porous and the pores are called ostia. Single large opening or pore is called osculum.

Question. What are the two mains divisions of the Phylum Chordate?
Answer. Chordates are divided into protochordates and vertebrates.

Question. Define radial symmetry?
Answer. Radial symmetry means that the left and the right halves of the body have the same design.

Question. Why blue green algae are included under Monera and not under Plantae?
Answer. (i) Nuclear material is not enclosed with nuclear membrane and cell organelles are also not enclosed with membrane.
(ii) Do not show multicellular body design.

Question. Why do we classify organisms?
Answer. Classification makes the study of organisms much easier as there are millions of life forms and we cannot study them one by one. We can study the different classes or groups much easily after classifying them.

Question. Name the locomotory organs in insects.
Answer. Many adult insects use six legs for walking. ie. They have three pairs of jointed legs that allows for rapid walking while always having a stable stance (posture). They also have two pairs of wings that are mostly used for flying.

Question. Give one use of lichen.
Answer. Lichens are great indicators in telling us how polluted the air is, because lichens aresensitive to polluted air and are the first to disappear in that case.

Question. In which habitats do molluscs live? Name some examples of the phylum Mollusca?
Answer. Molluscs can be found in the sea, freshwater and in terrestrial environments. Snails, octopuses, squids and oysters are examples of molluscs.

Question. How is the skin of amphibians moist?
Answer. The skin of amphibians is moist because they are covered in a mucous coating. Theysecrete mucus to help them keep their skin moist which aids in their ability to  breathe through their skin. The mucous often contains other chemicals, like antibacterial or anti fungal to help protect the amphibian.

Question. What are the differences between vertebrates and the other chordates?
Answer. Vertebrates are different because they have a spinal column (vertebral column). In these animals the notochord of the embryonic stage is substituted by the vertebral column in adults.

Question. How many carnivores belonging to cat family did you see in the zoo?
Answer. What is given to them to eat?
Three (Lion, Tiger, Leopard) – Flesh of animals is offered to them for eating.

Question. Why are air bladders present in fishes?
Answer. The air bladders help a fish to adjust its buoyancy in water. In other words it helps a fish float or sink no matter the size. Air bladder is also known as the swim bladder. The swim bladder allows the fish to move up and down through the water or remain motionless in one place.

Question. Which do you think is a more basic characteristic for classifying organisms?
(i) The place where they live.
(ii) The kind of cells they are made of why?
Answer. Option (11).The kind of cells they are made up of is the more basic characteristic for classifying organisms. It is for the following reasons:
(i) Classifying organisms based on habitat can be misleading. In every place, different types of organisms may live. They may not have similarities except for the common habitat. For example- An elephant and rabbit both live on land but they differ from each other in a number of ways. Moreover, further sub-classification is also not possible.
(ii) Cells are the functional and structural unit of life. Primarily, we can differentiate an organism as unicellular or multicellular. Further sub-classification is also possible based on cell types, its complexity etc.

Question. On what basis are plants and animals put into different categories?
Answer. The basic design in plants and animals is different based on the need to make their own food (in plants) or acquire it (in animals).
• Plants are autotrophic means they can make their own food, whereas animals cannot.
• Locomotion is another characteristic which separates animal and plants in the classification.
• Their body designs are also different based on this characteristic.
So, they are put into different categories.

Question. Will advanced organisms be the same as complex organisms?
Why? How can we say that the classification of life forms will be closely related to their evolution?
Answer. (a) It is not always true that advanced organisms will have a complex body structure. But, there is a possibility that over the evolutionary time, the complexity in body design will increase. Therefore, at times, advanced organisms can be the same as complex organisms.
(b) As the characteristics that have come into existence earlier are likely to be more basic than characteristics that have come into existent later.

Question. What is the criterion for classification of organisms as belonging to kingdom Monera or Protista?
Answer. Kingdom Monera
Organisms which are prokaryotes belong to the kingdom Monera. They are unicellularorganism which have no membrane bound nucleus and organelles.
Kingdom Protista
Organisms which are eukaryotes and unicellular belong to the kingdom Protista. They are organism with membrane bound definite nucleus and organelles.

Question. Name the levels of classification proposed by Linnaeus. What happens to the similarities among organisms as we go from top to bottom level?
Answer. Classification systems as proposed by Linnaeus use a hierarchical system in which organisms are placed into groups, at different levels, according to the features they share. These groups or levels are (from top to bottom)
1. Kingdom
2. Phylum
3. Class
4. Order
5. Family
6. Genus
7. Species

Question. What are the important features of Kingdom Monera?
Answer. Kingdom Monera: It includes mainly bacteria, blue-green algae, or cyanobacteria
Important features of Monera:
– Absence of well-defined nuclear or membrane-bound organellesprokaryotic organisms.
– All of them are unicellular
– Can be autotrophic (like Cyanobacteria)or heterotrophic(mostly parasitic or saprophytic)
– Bacteria, blue-green algae and mycoplasma are the example organism belonging to the Monera kingdom.

Question. What is symbiotic? Give examples.
Answer. Symbiosis is a mode of heterotrophic nutrition. It is an interaction or interrelationship between two organisms for a mutual benefit or dependence. Lichen is an example for symbiotic nutrition. It is an association between algae and fungi. Algae are autotrophic and can manufacture food for fungi while fungi provide shelter, water and minerals to algae.

Question. What are the general characteristics found in all animals?
Answer. General characteristics found in all animals are-
• All animals are multicellular, eukaryotic and heterotrophic
• All exhibit locomotion
• Most of the animals have sense organs and nervous system
• Nutrition is generally ingestive
• Reproduction is generally sexual.

Question. State the criteria for deciding divisions in plants?
Answer. The criteria depends upon:-
(i) Differentiation of plant body components.(ii) Presence of transport tissues (vascular tissues)
(iii) Ability to produce seeds.
(iv) Seeds are enclosed in fruits or naked.

Question. Describe the characteristic feature of Thyllophyta with examples:
Answer. Thyllophyta includes mainly algae and these plants are predominantly aquatic. It includes Spirogyra, Ulothrix, Cladophora and Chara
• Plant body is thallus- not differentiated into true root, stem and leaves.
• May be unicellular or multicellular
• Cell wall is made of cellulose and reserve food material is starch.
• They have naked embryos called spores.

Question. Describe the characteristics feature of Bryophyta with examples:
Answer. Division Bryophyta are also called amphibians of plant kingdom:
It includes mosses, Riccia, Marchantia
Characteristic feature of Bryophyta:
• Vascular tissues namely xylem and phloem, or the conduction of water and other substances from one part of the plant body to another are absent.
• Body is differentiated into stem and leaf-like structures.
• Naked embryo called spores is present.

Question. How angiosperms are divided further?
Answer. Angiosperms are divided into 2 groups on the basis of the number of cotyledons present in the seed.
Monocotyledonous or monocots: These are the plants with seeds having a single cotyledon.E.g., maize, wheat, rice etc
Dicotyledonous or dicots: These are plants with seeds having two cotyledons. E.g., Pea, gram, bean etc

Question. Give any 5 difference between monocot and dicot plants
Answer.

Question. Give uses of lichens.
Answer. i) One of the most important uses of lichens is their sensitivity to pollution.
ii) Lichens have been used for centuries to create natural dyes for fabrics.
iii) Many lichens contain acids and other essential oils that are useful in making perfumes and scents.
iv) Some lichens are used in medicines

Question. Name some edible fungi and their uses.
Answer. Edible fungi and their uses are as follows
(i) Yeast has been used as leavening agent for the production of bread
(ii) The first antibioticused in modern medicine, penicillin, was isolated form Penicillium
(iii) Mushrooms have fleshy fruit body with certain aroma and flavors as well as good nutritional properties and are used mostly as food.
(iv) Fungi such as the Chinese caterpillar fungus, which parasitize insects, can be extremely useful for controlling insect pests of crops 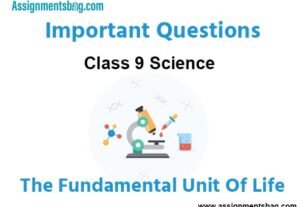 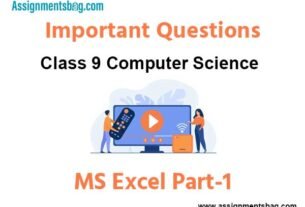