Answer:  From the following points, we can know whether a worker is working in the informal sector:
(a) The number of workers employed is less than 10.
(b) The workers are not entitled to social security schemes.
(c) The workers are not allowed to form trade unions and are not protected by labour laws.
OR
From the above table, it is clear that percentage of workforce engaged in primary sector has reduced from 72.72% to 43.8%. In secondary sector, it has increased from 10.02% to 24.7%. Likewise, workforce has increased from 17.26% to 31.5% in tertiary sector. However, the shift from primary to secondary and tertiary sector is noticeable but not significant. The Indian economy is still known as agricultural economy.

5. Infrastructure contributes to the economic development of a country. Justify the statement with a valid reason.
Answer:  Infrastructure and economic development go hand-in-hand. Infrastructure contributes to the economic development of a country in the following ways:
(a) Impact on productivity: Infrastructure plays a major role in the raising productivity of all the three sectors, viz, primary, secondary and the tertiary sector.
(b) Induces investment: Infrastructure induces investment. A well-developed infrastructure attracts foreign investors which opens new investment avenues and give birth to profitable ventures.
(c) Generates linkages in production: Better means of transport and communication and a robust system of banking and finance generates better inter-industrial linkages. It is a situation when expansion of one industry facilitates the expansion of the other.
(d) Enhances size of the market: Infrastructure enhances the size of the market by providing better transportation and warehousing facilities. These facilities enable large scale production of goods and services which further help a business to capture more market.
(e) Enhance ability to work : Social infrastructure improves the quality of life of workers, thereby increasing their efficiency. Healthcare centres, educational institutions and other such facilities develop the skills of the worker, which increases their ability and efficiency to work.

7. In the table given below, the population and worker population ratio is shown. Find the workforce for India from the given data.

Source: Key indicators for Asia and Pacific 2016, Asia Development Bank, Philippines; World Development.Read the text carefully and answer the question number 8 and 9 given below:
China’s Soft Power
Soft power is getting others to do what you want by persuasion. Soft-power theorists suggest that the ability to persuade rests on the power of attraction. We in India may think we are more attractive than China.
Joseph Nye, the political scientist who gave us the notion of soft power, suggests that it consists of foreign policy, cultural and political influence. Foreign policy influence comes from the legitimacy and morality of one’s dealings with other countries. Cultural influence is based on others’ respect for one’s culture. Political influence is how much others are inspired by one’s political values. Soft power is difficult to measure. Fortunately, the Lowy Institute in Australia has produced various measures which correspond roughly to foreign policy influence, cultural influence and political influence.
In diplomatic influence, overall, India ranks sixth and China ranks first among 25 Asian powers, which include the US (given the US’s huge diplomatic,military, and economic presence in Asia). Lowy further distinguishes between diplomatic networks, multilateral power, and perceived foreign policy leadership,ambition and effectiveness. On networks, India nearly matches China in the number of regional embassies it has but is considerably behind in the number of embassies worldwide (176 to 126).
Multilaterally, India matches China in terms of regional memberships, but, crucially, its contributions to the UN capital budget are completely dwarfed by Chinese contributions (11.7 per cent to 0.8 per cent of the total). In surveys of foreign policy leadership, ambition, and effectiveness, China ranks first or fourth on four measures while India ranks between fourth and sixth in Asia.
Lowy’s overall measure of cultural influence ranks India in fourth place and China in second place in Asia. Lowy then divides cultural influence into three elements, of which “cultural projection” and “information flows” are the most important.
In cultural projection, India scores better on Google searches abroad of its newspapers and its television/ radio broadcasts. It also exports more of its “cultural services” (defined as “services aimed at satisfying cultural interests or needs”). China does better on several other indicators. For instance, India has only nine brands in the list of the top 500 global brands whereas China lists 73. On the number of UNESCO World Heritage sites, India has 37 while China has 53. If very tall skyscrapers are a measure of prestige,then China has 156 in its main financial centre, India has only 44. Respect for the Indian passport also lags. Chinese citizens can travel visa-free to 74 countries while Indians can only do so to 60.
In terms of information flows, in 2016–17, India hosted a mere 24,000 Asian students in tertiary education institutions whereas China hosted 2,25,000. As for tourist arrivals, in 2017 India clocked 5 million arrivals from Asia whereas China clocked 41 million and ranked first among 25 Asian countries. On total tourist arrivals from all over the world, India received 17 million, while China received 63 million.
Finally, in 2017 the two were not ranked that far apart in political influence. The governance effectiveness index shows India scoring in the top 43 per cent countries worldwide and ranked 12th and China scoring in the top 32 per cent and ranked 10th. If influence rests on “political stability and absence of violence/terrorism”, India ranked 21st, with 79 per cent of countries worldwide doing better, and China ranked 15th with 63 per cent doing better.
Answer: The number of workers estimated in Rural area will be = (Estimate of population in rural area)/100
× worker population ratio of rural area
71.88/100 × 41.9 = 30.12 crores
The number of workers estimated in Urban area will be = (Estimate of population in urban area)/100
× worker population ratio of urban area
28. 52/100. × 33.7 = 9.611 crores
The total workforce of India will be = Estimate of total/100 × worker population ratio of total population 100. 40/100. × 75.6 = 75.90 crores

8. What led to make China more soft power, even India and China together adopted the strategy of economic reform?
Answer: China has became soft power globally in various ways:
(a) Beijing’s Belt and Road Initiative (BRI) has emerged as the most crucial instrument in China’s soft power diplomacy.
(b) Influx of FDI (through SEZs (special economic zones)) and hundred percent equity of the foreign investment and free flow of FDI in the retail sector has played the most vital role in accelerating the growth in China. In fact, it is due to this factor that China has emerged a global hub of manufacturing activity which increases its image as a soft power globally.

9. What are the development strategies India needs to follow to have soft power among the world?
Answer: India will emerge as a Soft power through various ways:
(a) Economic cooperation with other countries
(b) People-to-people relation
(c) Students exchange and scholarship programme
(d) Initiative of ‘International Solar Alliance

11. Effective demand can be restored, if ex-ante aggregate demand (AD) is more than ex-ante aggregatesupply (AS). State and discuss the reason to justify the given statement.
Answer: Effective demand is a representation of the actual amount of goods or services that buyer are purchasing in a given market.
When aggregate demand is more than aggregate supply in an economy, it will lead to inflationary pressure in the economy when price level and wage rate tend to rise. The inflationary gap encourages producers to increase their output to meet the excess demand. It will lead to gradual increase in income and output and ultimately aggregate supply will also increase to the point to be equal to aggregate demand.

(b) Distinguish between Depreciation and Depreciation reserve fund.
OR
(a) Find the Net Value added at Market Price.

OR
(a) Value of Output = Sales + Change in Stock
Value of Output = (iii) + (iv) = 25 + (– 2) = 23
Gross Value Added at MP = Value of Output – Intermediate Consumption GVA at MP = Rs.23 – Rs.6 = Rs.17
Net Value Added at MP = GVA at MP – Consumption of fixed capital
Consumption of Fixed Capital = Total value of fixed capital/life span = 15/5 = Rs.3 lakh
NVA at MP = Rs.17 – Rs.3 = Rs.14
(b) Subsidies by government are grants that decrease the price of a commodity, whereas indirect taxes are paid by a firm and households that increase the final price of a commodity. Hence, to derive Gross Domestic Product at Factor Cost from Gross Domestic Product at Market Price, we deduct indirect taxes and add subsidies. Also subsidies are the income received while indirect taxes are paid.

13. (a) India has abundant natural resources. Substantiate the statement.
(b) Some infrastructural facilities have a direct impact on production of goods and services while others give indirect support by building the social sector of the economy. Using the above information,differentiate between social and economic infrastructure.
Answer: a) India has abundant natural resources in the terms of rich quality of soil, hundreds of rivers and tributaries, lush green forests, plenty of mineral deposits, vast stretch of Indian Ocean, ranges ofmountains, etc. The black soil of the Deccan Plateau is suitable for cultivation of cotton. The Indogangetic plains are the most fertile regions in the world. India’s forests provide green cover for its population and wild life. Large deposits of iron-ore, coal and natural gas are found in the country.
(b) 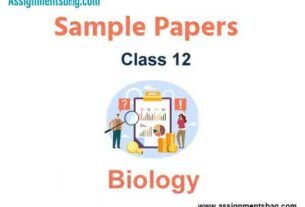 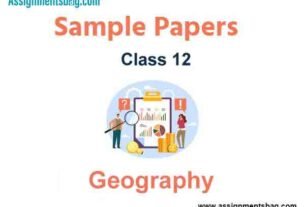