3. Fusion of nucleus of sperm and nucleus of ovum marks the completion of fertilisation resulting in the formation of single-celled zygote. What happens when the egg is not fertilized in human females?
Ans. One egg is produced every month by one of the ovaries. The uterus prepares itself every month to receive and nurture the growing embryo. The lining thickens and is richly supplied with blood to nourish the growing embryo. If the egg is not fertilized, this lining is not needed any longer. So, the lining slowly breaks and comes out through the vagina as blood and mucus. This cycle takes place roughly every month and is known as menstruation which usually lasts for about two to eight days.

4. State two differences between budding in Hydra and budding in yeast.
Ans.

5. If a trait A exists in 10% of a population of an asexually reproducing species and a trait B exists in 60% of the same population, which trait is likely to have arisen earlier?
Ans. In asexually reproducing organisms, there would be very minor differences between two generations due to small inaccuracies in DNA copying or due to some environmental factors or mutation. During reproduction, variations which occur in the first generation is inherited to the subsequent, thus is more frequent. Since, trait B occurs in more individuals, thus it is likely to have arisen earlier.

(a) Name the information source for synthesizing protein in a cell and define it.
(b) What is gene locus?
Ans. (a) DNA in the nucleus of a cell is the information source for making proteins in the cell. DNA is the carrier of genetic information and it transmits the heredity from parents to next generation.
(b) Gene locus is the portion or region on chromosome representing a single gene. The alleles of a gene are present on the same gene locus on the homologous chromosomes.

6. Three vertical conducting wires have the same amount of current flowing through them in the direction shown.

The interaction between wire 2 and 3 is also similar as their current directions are the same as wire 1 and wire 2. This implies that wire 2 will be attracted to both wire 1 and wire 3. These two forces will have zero resultant force as the current flowing through three wires is of the same magnitude.

Four plotting compasses are placed near a bar magnet. You may ignore any effect of the Earth’s magnetic field.One compass appears approximately like this .

What is the possible position for the compass?

Ans. Orientation of compass is as shown below.

7. What will happen if all the deers are removed in the given food chain?
Plants → Deer → Tigers
Ans. In the given food chain, if the deers are removed, the population of plants will increase as deers are herbivorous and feed on plants whereas the population of tiger (that consume deer) will decrease, as food available for tiger would be less and it would lead to imbalance in the ecosystem.

Element ‘X’ belongs to group 2 of the periodic table. Since element ‘X’ has two electrons in the valence shell, therefore, it can easily lose these two electrons to acquire the stable electronic configuration of the nearest noble gas (i.e. neon) to form X2+ ions. This ion then combines with NO3 – , SO42– and PO43– ions to form ionic compounds.

(i) Two non-metals A and B combine with each other by sharing of electrons to form compound C.
(a) What is the nature of compound C?
(b) Will it dissolve in water or organic solvents?
(c) Will it be a good or bad conductor of electricity?
(d) Will it have high or low melting / boiling point?
(ii) Draw the Lewis dot structure of N2 molecule.
Ans. (i) (a) Covalent
(b) Usually soluble in organic solvents
(c) Bad conductor
(d) Usually low melting / boiling point.

11. Figure shows a battery of 12 V and internal resistance 0.6 W connected to three resistors A, B and C. Find the current in each resistor.

Ans. The equivalent resistance of B and C is given by

12. (a) How does a solenoid behave like a bar magnet? Can you determine the north and south poles of a current carrying solenoid with the help of a bar magnet? Explain.
(b) A thick copper wire carries current due north placed parallel to and over a compass needle as shown in figure.

13. Given pie-chart represents contribution of different gases to greenhouse effect.

(a) Identify A, B, C and D in the given pie chart.
(b) Explain briefly labelled part C.
(c) Name the major sources of labelled part B.
Ans. (a) In the given pie-chart, contribution of different gases to greenhouse effect is, A is CO2 (60%), B is CH4 (20%), C is CFCs (14%) and D is N2O (6%).
(b) C is Chlorofluorocarbons, they (CFCs) are synthetic gaseous compounds of carbon and halogen which are odourless, non-toxic, noninflammable, chemically inert propellants used in aerosol cans and jet fuel, refrigerants in air conditioners and refrigerators.
(c) Flooded paddy fields, marshes and cattle are the major sources of CH4.

This section has 02 case-based questions (14 and 15). Each case is followed by 03 sub-questions (a, b and c). Parts a and b are compulsory. However, an internal choice has been provided in part c.

14. Gregor Johannes Mendel worked on garden pea plant (Pisum sativum) over a period of eight years and contributed in the field of inheritance and expression of such traits.
(a) Why did Mendel chose garden pea for his experiments? Write two reasons.
(b) List two contrasting visible characters of garden pea that Mendel used for his experiment.
(c) Explain in brief how Mendel interpreted his results to show that the traits may be dominant or recessive.
Ans. (a) Mendel chose garden pea for his experiments because
(i) Pea plant is an annual plant with short life span.
(ii) The flower structure of pea is such as to allow controlled breeding. Though plant is self pollinated, but it can be cross bred manually.
(b) Two contrasting characters used by Mendel for his experiment are as follows :
(i) Round/Wrinkled seeds
(ii) Tall/Short plants
(c) When Mendel crossed two pea plants with a pair of contrasting characters, only one character appeared in all the members of F1 progeny, the other was not expressed.
On selfing F1, the hidden characters reappeared in just 25% of the offsprings and the other 75% shared the characters expressed in F1.Mendel concluded that the character which expresses itself in F1 and in 75% of the individuals of F2 is dominating while the other one is recessive.

15. The relationship between potential difference and current was first established by George Simon Ohm called Ohm’s law. According to this law, the current through a metallic conductor is proportional to the potential difference applied between its ends, provided the temperature remain constant i.e. I ∝ V or V = IR; where R is constant for the conductor and it is called resistance of the conductor. Although Ohm’slaw has been found valid over a large class of materials, there do exist materials and devices used in electric circuits where the proportionality of V and I does not hold.
(a) If both the potential difference and the resistance in a circuit are doubled, then what would be the effect on current?
(b) For a conductor obeying Ohm’s law, draw the graph between V and I.
(c) When battery of 9 V is connected across a conductor and the current flows is 0.1 A, find the resistance.
What would be the effect of increasing temperature on resistance?
Ans. (a) V = IR
So, V′ → 2 V, R′ → 2R
I′ =2V / 2R = I
Current will remains same.
(b) Since, V ∝ I. So, the graph is a straight line and passing through origin. 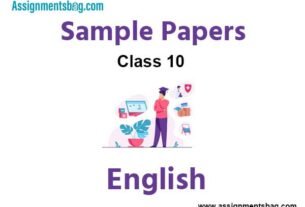 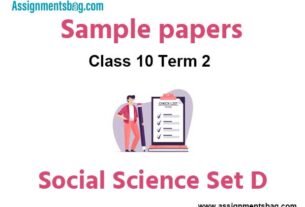