1. Identify the correct statement with regard to ‘The Act of Union -1707’ from the following options.
(a) The British monarchy surrendered the power to English Parliament.
(b) The British parliament seized power from Ireland.
(c) The formation of the ‘United Kingdom of Great Britain’.
(d) The British nation was formed as a result of a war with Scotland and Wales.

2. Which of the following treaty recognized Greece as an independent nation?
(a) Treaty of Sevres
(b) Treaty of Versailles
(c) Treaty of Lausanne
(d) Treaty of Constantinople

5. A type of millet rich in iron, calcium, other micro nutrients and roughage is
(a) Bajra
(b) Rajma
(c) Jowar
(d) Ragi

7. Read the given data and find out which country has most equitable distribution of income.
(a) Country A
(b) Country B
(c) Country C
(d) Country D

8. Read the information given below and select the correct option –
Mohan is an agricultural labourer. There are several months in a year when he has no work and needs credit to meet his daily expenses. He depends upon his employer, the landowner for credit who charges an interest rate of 5 per cent per month.
Mohan repays the money by working physically for the landowner on his farmland.
Over the years his debt will –
(a) Increase – because of increasing interest and non-payment of monthly amount
(b) Remain constant – as he is working for the employer but is repaying less
(c) Reduce – as amount equivalent to his salary is being counted as monthly repayment
(d) Be totally repaid – as he is repaying the debt in the form of physical labour

Most of the agricultural labourers like Mohan depend upon loans from informal sector. Which of the following statements about this sector is correct –
(a) There are govt. bodies to supervise informal sector
(b) Money lenders ask for a reasonable rate of interest
(c) Cost of informal loans to the borrower is quite high
(d) Money lenders use fair means to get their money back

9. In the question given below, there are two statements marked as Assertion (A) and Reason ®. Read the statements and chose the correct option:
Assertion (A): Different people have different development goals.
Reason (R): People want freedom, equality, security and respect
Options:
(a) Both A and R are true and R is the correct explanation of A.
(b) Both A and R are true but R is not the correct explanation of A.
(c) A is true but R is false.
(d) A is false but R is true.

10. Read the source given below and answer the questions that follows:
Following the defeat of Napoleon in 1815, European governments were driven by a spirit of conservatism. Conservatives believed that established, traditional institutions of state and society – like the monarchy, the Church, social hierarchies, property and the family –should be preserved. Most conservatives, however, did not propose a return to the society of prerevolutionary days. Rather, they realised, from the changes initiated by Napoleon, that modernisation could in fact strengthen traditional institutions like the monarchy. It could make state power more effective and stronger. A modern army, an efficient bureaucracy, a dynamic economy, the abolition of feudalism and serfdom could strengthen the autocratic monarchies of Europe. In 1815, representatives of the European powers who had collectively defeated Napoleon, met at Vienna to draw up a settlement for Europe. The Congress was hosted by the Austrian Chancellor Duke Metternich. The delegates drew up the Treaty of Vienna of 1815 with the object of undoing most of the changes that had come about in Europe during the Napoleonic wars. The Bourbon dynasty, which had been deposed during the French Revolution, was restored to power, and France lost the territories it had annexed under Napoleon. A series of states were set up on the boundaries of France to prevent French expansion in future.

Answer the following MCQs by choosing the most appropriate option:

10.2 Identify the purpose to convene the Vienna of Congress in 1815 from the following options?
(a) To declare competition of German unification
(b) To restore conservative regime in Europe
(c) To declare war against France
(d) To start the process of Italian Unification

10.3 What did conservatives focus on at the Congress of Vienna? Select the appropriate option.
(a) To re-establish peace and stability in Europe
(b) To establish socialism in Europe
(c) To introduce democracy in France
(d) To set up a new Parliament in Austria

10.4 How did the Congress of Vienna ensure peace in Europe? Select the appropriate option.
(a) With the restoration of Bourbon Dynasty
(b) Austria was not given the control of Northern Italy
(c) Laying out a balance of power between all the great powers in Europe
(d) By giving power to the German confederation

11. Read the text given below and answer the following questions.
Manufacturing industries not only help in modernising agriculture, which forms the backbone of our economy, they also reduce the heavy dependence of people on agricultural income by providing them jobs in secondary and tertiary sectors.
Industrial development is a precondition for eradication of unemployment and poverty from our country. This was the main philosophy behind public sector industries and joint sector ventures in India. It was also aimed at bringing down regional disparities by establishing industries in tribal and backward areas. Export of manufactured goods expands trade and commerce, and brings in much needed foreign exchange. Countries that transform their raw materials into a wide variety of finished goods of higher value are prosperous. India’s prosperity lies in increasing and diversifying its manufacturing industries as quickly as possible. Agriculture and industry are not exclusive of each other. They move hand in hand. For instance, the agro-industries in India have given a major boost to agriculture by raising its productivity.
Answer the following MCQs by choosing the most appropriate option

11.3Which of the following options does not help in modernising agriculture?
(a) Manufacturing farm equipment
(b) Providing unskilled labour force
(c) Supplying fertilizers and pesticides
(d) Producing tube well pumps and sprinklers

12. Read the given extract and answer the following questions.
In a democracy, we are most concerned with ensuring that people will have the right to choose their rulers and people will have control over the rulers. Whenever possible and necessary, citizens should be able to participate in decision making, that affects them all. Therefore, the most basic outcome of democracy should be that it produces a government that is accountable to the citizens, and responsive to the needs and expectations of the citizens. Some people think that democracy produces less effective government. It is, of course, true that non-democratic rulers are very quick and efficient in decision making and implementation, whereas, democracy is based on the idea of deliberation and negotiation. So, some delay is bound to take place. But, because it has followed procedures, its decisions may be both more acceptable to the people and more effective. Moreover, when citizens want to know if a decision was taken through the correct procedures, they can find this out. They have the right and the means to examine the process of decision making. This is known as transparency. This factor is often missing from a non-democratic government. There is another aspect in which democratic government is certainly better than its alternatives: democratic government is legitimate government. It may be slow, less efficient, not always very responsive, or clean. But a democratic government is people’s own government.

Answer the following MCQs by choosing the most appropriate option:

12.1 People’s right to choose their own rulers is called as the –
(a) Right to Initiate
(b) Right to Plebiscite
(c) Right to Vote
(d) Right to Referendum

12.2 Which of the following options helps in promoting transparency in the governance?
(a) Right to education
(b) Right to information
(c) Right against exploitation
(d) Right to speech and expression

12.4 Decisions in a democracy are more acceptable to the people because they are –
(a) Taken swiftly and implemented quickly
(b) Taken by giving privileges to the people
(c) Taken through elites’ votes
(d) Taken after following due processes

13. Read the source given below and answer the following questions –
Ford Motors, an American company, is one of the world’s largest automobile manufacturers with production spread over 26 countries of the world. Ford Motors came to India in 1995 and spent Rs. 1700 crore to set up a large plant near Chennai. This was done in collaboration with Mahindra and Mahindra, a major Indian manufacturer of jeeps and trucks. By the year 2004,Ford Motors was selling 27,000 cars in the Indian markets, while 24,000 cars were exported from India to South Africa, Mexico and Brazil. The company wanted to develop Ford India as a component supplying base for its other plants across the globe.
Answer the following MCQs by choosing the most appropriate option:

13.1 The passage given above relates to which of the following options?
(a) Increased employment
(b) Foreign investment
(c) Foreign collaboration
(d) International competition

13.2 According to the given passage, Ford Motors can be termed as a Multi-National Company based on which of the following options?
(a) Production of different types of automobiles
(b) Largest automobile manufacturer in the world
(c) Because of largescale exports of cars across globe
(d) Industrial and commercial ventures across globe

13.3 By setting up their production plants in India, Ford Motors wanted to –
(a) Collaborate with a leading Indian Automobile company
(b) Satisfy the demands of American, African and Indian markets
(c) Tap the benefits of low-cost production and a large market
(d) Take over small automobile manufacturing units in India

13.4 ‘Ford Motors’ wish to develop Ford India as a component supplying base for its other plants across the globe is an evidence of –
(a) Promoting local industries of India
(b) Merging trade from different countries
(c) Supplying jobs to factory workers in India
(d) Interlinking of production across countries 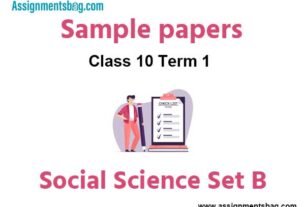