Question. What is meant by economic inequality?
Ans : It refers to disparities in the distribution of economic assets and income.

Question. Why is democratic government better than other alternatives?
Ans : a. It promotes equality among citizens.
b. It enhances the dignity of the individual.

Question. How does democracy produce an accountable government?
Ans : Democratic form of government.

Question. Which system can reduce the possibility of tension and conflict among different groups of society?
Ans : It is quite true that democracies have a plus point in resolving social differences, diversion and conflicts because they have evolved a mechanism to negotiate the differences.

Question. How can you say that democracies are based on political equality?
Ans : All individuals have equal weight in electing representatives. (Right to Vote)

Question. How can you say that democracies are based on political equality?
Ans. Individuals have equal weight in electing representatives.

Question. To measure democracies on the basis of expected outcomes, which of the following practices and institutions would one look for?
(a) Regular, free and fair elections
(b) Open public debate on major policies
(c) Citizens’ right to information about the government
(d) All of the above
Ans. (d) All of the above

Question. Democracies are very much different from each other in terms of their social, economic and cultural achievements. True or False.
Ans. True

Question. Decisions taken through the correct procedure by involving the people is known as ……………. .
Ans. transparency

Question. Growth and development of the country in the way of providing better facilities and services to the individual signifies ………… ..
Ans. Economic development

Question. Are democracies based on political and economic equalities? Explain.
Ans : Democracy is based on political equality:
a. All citizens have equal role in electing representatives.
b. Parallel to the process of bringing individuals into the political arena, we find growing economic inequalities.
c. Democracy does not appear to be very successful in reducing economic inequalities.
d. The ultra-rich enjoy a highly disproportionate share of wealth and income.
e. At the bottom of the society, the people have very little to depend on.
f. It is difficult to meet their basic needs of life, such as food, clothing, house, education and health.

Question. How democracies have been able to reduce poverty? Elaborate.
Ans : a. Democracies do not appear to be very successful in reducing economic inequalities. Although majority of voters constitute the poverty ridden group, yet democratically elected government do not appear to be as keen to address the question of poverty as you would expect them to.
b. Situation is much worse in some of the countries where people depend upon rich countries for food supplies.
c. But even then democracy is favoured , because it provides the opportunity to change the rulers.

Question. “Democracies are not appearing to be very successful in reducing economic inequalities.” Analyse the statement.
Ans : Democracy and the economic outcomes:
a. Slow economic development and economic growth due to population.
b. Basic needs of life, such as food clothing, shelter are difficult to achieve.
c. Prevalence of economic inequalities.
d. Poverty is still a big issue.
e. Allocation of resources in few hands.
f. Unjust distribution of goods and opportunities.

Question. ‘It may be reasonable to expect from a democracy a government that is attentive to the needs and demands of the people and is largely free of corruption.’ Explain this statement in three points.
Ans : Corruption of government:
a. Democracies often frustrate the needs of people and often ignore the demands of the majority.
b. The routine tales of corruption are enough to convince us that democracy is not free from this evil.
c. But a democratic government is people’s own government and pays heed to their demands.
d. People have believed that democracy will be attentive and make policies that will free the country from corruption.

Question. Explain the condition under which dignity and freedom of the citizens can be promoted.
Ans : The conditions are as follows:
a. To promote the dignity and freedom of the citizens, all individuals should be treated as equal. Once this principle is recognised, it becomes easier for individuals to wage a struggle against what is not acceptable legally and morally.
b. Claims of the disadvantaged and discriminated for equal status and equal opportunity should be strengthened. Inequalities and atrocities lack moral and legal foundations.

Question. Discuss any three factors that describe the successful working of democracy in India.
Ans : Factors for the success of democracy:
a. Transparency of democracy.
b. It is accountable and responsible of ruling.
c. It provides legitimacy.
d. It accommodates government of social diversity.
e. It provides dignity and freedom to the citizens.

Question. “Democracy accommodates social diversities”. Support the statement with examples.
Ans : “Democracy accommodates social diversities”:
a. Democracies develop a procedure to conduct their competition. This reduces the possibility of these tensions becoming explosive or violent.
b. No society can fully and permanently resolve conflicts among different groups. But we can certainly learn to respect these differences and can evolve a mechanism to negotiate these differences.
c. Ability to handle social differences, divisions and conflicts is thus a definite plus point of democratic regimes.
d. Example: Belgium has successfully negotiated differences among its ethnic population. This reduces the possibility of tensions.

Question. Explain any three common features of democracies.
Ans. 1. In a democratic government, the general elections are held to elect a new government.
2. All the citizens of the country, of and above a certain age, have the right to vote.
3. Political parties are an essential part of democracy.
4. Rule of law:Law is supreme and all the citizens are equal in the eyes of law. No one is above the law.

Question. Explain four ways in which democracies have been able to reduce inequality and poverty.
Ans. 1. It ensures political equality by giving equal voting rights to every citizen,
2. It provides a suitable environment for group activism which leads to equal opportunity to raise the concerns of poor people.
3. It supports the redistributive mechanism for transferring economic benefits on the basis of requirement of any section of society.
4. It protects the rights of every citizen without discrimination on the basis of economic status ensuring social equality.

Question. ‘Democracy accommodates social diversities.’ Support the statement with examples.
Ans. 1. Democracy develops competitive attitude.This reduces the possibility of conflicts and social tensions.
2. Democracy evolves mechanisms to negotiate
3. Democracy ensures that the government should not be made by the majority but it should have the representation of minority as well

Question. “Some people think that democracy produces a less effective government.” Analyse the statement.
Ans : It is true that some people think that democracy produces a less effective government because:
a. Non-democratic rulers do not have to bother about deliberation in assemblies or worry about majorities and public opinion.
b. They can be very quick and efficient in decision- making and implementation.
c. But democracy is based on the idea of deliberation and negotiation. So, some delay is bound to take place.
d. Most democracies fall short of elections that provide a fair chance to everyone.
e. Democratic governments do not have a very good record when it comes to sharing information with citizens.
f. Democracies often frustrate the needs of the people and often ignore the demands of a majority of its population.

Question. “Democracies lead to a peaceful and harmonious life among citizens.” Justify this statement.
Ans : a. It will be a fair expectation that democracy should produce a harmonious social life. Democracy usually develop a procedure to conduct their competition. This reduces the possibility of these tensions becoming explosive or violent.
b. No society can fully and permanently resolve conflicts among different groups. But we can certainly learn to respect these differences and we can also evolve mechanism to negotiate the differences. Democracy is best suited to produce’ this outcome.
c. Non-democratic government often turn a blind eye to or suppress internal social differences. Ability to handle social differences, divisions and conflicts is thus a definite plus point of democratic government.
d. It is necessary to understand that democracy is not simply rule by majority opinion. The majority always needs to work with the minority so that governments function to represent the general view.
e. It is also necessary that rule by majority does not become rule by majority community in terms of religion or race or linguistic group. Rule by majority means that in case of every decision or in case of every election, different persons and groups may and can form a majority. Democracy remains democracy only as long as every citizen has a chance of being in majority at some point of time.

Question. “Democracy has failed to reduce economic inequality and poverty.” Do you agree? Give arguments in support of your answer.
Ans : In actual life, democracies do not appear to be reducing inequalities.
a. The poor constitute a large proportion of our voters and no party likes to lose their votes, yet democratically elected governments have not addressed the question of poverty as one would have expected them to.
b. The people in several poor countries are now dependent on the rich countries even for food supplies.
Argument in support:
a. It enhances the dignity of the individuals.
b. It improves the quality of decision-making.
c. It provides a method to resolve conflicts.

Question. Read the following passage and answer the questions at the end.
There are some things that democracy must provide. In a democracy, we are most concerned with ensuring that people will have the right to choose their rulers and people will have control over the rulers. Whenever possible and necessary, citizens should be able to participate in decision making, that affects them all. Therefore, the most basic outcome of democracy should be that it produces a government that is accountable to the citizens, and responsive to the needs and expectations of the citizens

(a) What are there that democracy should provide?
Ans. People will have the right to choose their rulers and people will have control over the rulers

(b) Why should people participate in decision-making?
Ans. Government should be responsible to the people and pay attention to the needs and expectations of the people.

(c) What is the basic outcomes of democracy?
Ans. Accountable, Responsive and Legitimate government 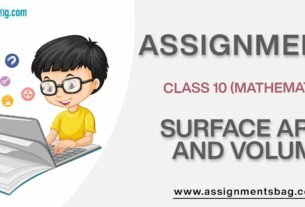