Question. The edge lengths of the unit cells in terms of the radius of spheres constituting fcc, bcc and simple cubic unit cell are respectively ________.

Question. Which of the following is not the characteristic of ionic solids?
(a) Very low value of electrical conductivity in the molten state.
(b) Brittle nature.
(c) Very strong forces of interactions.
(d) Anisotropic nature.

Question. Which of the following oxides behaves as conductor or insulator depending upon temperature ?
(a) TiO
(b) SiO2
(c) TiO3
(d) MgO

Question. When molten zinc is converted into solid state, it acquires hcp structure. The number of nearest neighbours of Zn will be
(a) 6
(b) 12
(c) 8
(d) 4

Question. In which of the following crystals alternate tetrahedral voids are occupied?
(a) NaCl
(b) ZnS
(c) CaF2
(d) Na2O

Question. Schottky defect generally appears in :
(a) NaCl
(b) KCl
(c) CsCl
(d) all of these

Question. Which of the following is not a crystalline solid?
(a) KCl
(b) CsCl
(c) Glass
(d) Rhombic S

Question. Which defect causes decrease in the density of crystal
(a) Frenkel
(b) Schottky
(c) Interstitial
(d) F – centre

Question. Interstitial compounds are formed when small atoms are dropped under the curved lattice of metals. Whether the following is not the characteristics property of interstitial compounds?
(A) They have high melting points in to pure metals
(B) They are very hard
(C) They retain metallic Conductivity
(D) They are chemically very reactive

Question. Which of the following is an amorphous solid?
(A) Graphite (G)
(B) Quartz glass (SiO2)
(C) Chrome alum
(D) Silicon carbide (SiC)

Question. Solid A is very hard electrical insulator in solid as well as in molten state and melts at an extremely high temperature. What type of solid is it?
(A) Ionic solid
(B) Molecular solid
(C) Covalent solid
(D) Metallic solid

Question. Which of the following conditions favours the existence of a substance in the solid state?
(A) High temperature
(B) Low temperature
(C) High thermal energy
(D) Weak cohesive forces

Question. Which of the following is not true about the ionic solids?
(A) Bigger ions form the close packed structure.
(B) Smaller ions occupy either the tetrahedral or the octahedral voids depending upon their size.
(C) Occupation of all the voids is not necessary.
(D) The fraction of octahedral or tetrahedral voids occupied depends upon the radii of the ions occupying the voids.

Question. Which of the following statements is not true about the hexagonal close packing?
(A) The coordination number is 12.
(B) It has 74% packing efficiency.
(C) Tetrahedral voids of the second layer are covered by the spheres of the third layer.
(D) In this arrangement spheres of the fourth layer are exactly aligned with those of the first layer.

Question. A compound is formed by two elements M and N. The element N forms ccp lattice and atoms of M occupy two atoms an Mercury 1/3rd of tetrahedral voids. What is the formula of the compound
(A) MN2
(B) M2N3
(C) M3N2
(D) M2N2

Question. The crystal showing defect is:

ASSERTION AND REASON BASED MCQs

Question. Assertion (A): Amorphous solids possess a longrange order in the arrangement of their particles.
Reason (R): The formation of amorphous solids involves very rapid cooling.

Question. Assertion (A): Schottky defect arises when a non-ionic solid is heated.
Reason (R): It happens because some of the lattice sites are vacant in the crystal.

Question. Assertion (A): Density of the crystal decreases in Frenkel defect.
Reason (R): In this defect, one of the ion is missing from lattice position and occupies interstitial site.

Question. Assertion (A): Graphite is a good conductor of electricity; however, diamond belongs to the category of insulators.
Reason (R): Graphite is soft in nature, on the other hand diamond is very hard and brittle.

Question. Assertion (A): The packing efficiency of simple cubic lattice is 52.4%.
Reason (R): The number of atoms per unit cell is 2.

Question. Assertion (A): Most of the solids possess high melting point.
Reason (R): They have strong intermolecular forces of attraction.

Question. Assertion (A): A two dimensional arrangement where each sphere is in contact with four of its neighbour and has a 2-D coordination number 4 is square close packing arrangement.
Reason (R): In such arrangement, if centres of the neighbouring spheres are joined, a square is formed.

Question. Assertion (A): Crystalline solids are anisotropic in nature.
Reason (R): Some of their physical properties show same electrical and optical properties in different directions in the same crystal.

Question. Assertion (A): The packing efficiency is maximum for the fcc structure.
Reason (R): The coordination number is 12 in fcc structure.

1. Read the passage given below and answer the following questions:

All real structures are three dimensional structures. They can be obtained by stacking two dimensional layers one above the other while placing the second square close packed layer above the first we follow the same rule that was followed when one row was placed adjacent to the other. The second layer is placed over the first layer such that the spheres of the upper layer are exactly above there of the first layer. In his arrangement spheres of both the layers are perfectly aligned horizontally as well as vertically. A metallic element crystallise into a lattice having a ABC ABC pattern and packing of spheres leaves out voids in the lattice.

Question. What type of structure is formed by this arrangement?
(A) ccp
(B) hcp
(C) ccp/fcc
(D) none of the above

2. Study the diagram given below and answer the following questions:

Question. Assertion (A): AgCl shows Frenkel defect while NaCl does not.
Reason (R): Frenkel defect is shown when anionic vacancies are occupied by unpaired electrons.

Question. Assertion (A): LiCl Crystal is pink.
Reason (R): Pink colour of LiCl crystal is due to excess Lithium.

Question. Assertion (A): The crystal lattice density increases due to the defect shown in the diagram.
Reason (R): Tetrahedral voids are surrounded by 4 constituent particles.

Question. A solid with high electrical and thermal conductivity is
(a) Si
(b) Li
(c) NaCl
(d) Ice

Question. A substance AxBy crystallizes in a face centred cubic (fcc) lattice in which atoms ‘A’ occupy each corner of the cube and atoms ‘B’ occupy the centres of each face of the cube. Identify the correct composition of the substance AxBy
(a) AB3
(b) A4B3
(c) A3B
(d) Composition can’t be specified

Question. If ‘a’ stands for the edge length of the cubic systems : simple cubic, body centred cubic and face centred cubic, then the ratio of radii of the spheres in these systems will be respectively,

Question. In a cubic lattice A atom occupy all the corners. If B atom occupy one of the opposite face, and atom C occupy the remaining faces. The simplest formulae of the compound is
(a) ABC3
(b) ABC2
(c) ABC
(d) AB2C

Question. A group 1 hydride crystal when heated in presence of its constituent metal vapour shows pink color. This metal can be
(a) Na
(b) K
(c) Rb
(d) Li

Question. In a compound, atoms of element Y form ccp lattice and those of element X occupy 2/3rd of tetrahedral voids. The formula of the compound will be
(a) X4Y3
(b) X2Y3
(c) X2Y
(d) X3Y4

Question. A compound MpXq has cubic close packing (ccp) arrangement of X. Its unit cell structure is shown below. The empirical formula of the compound is 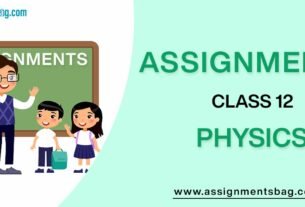 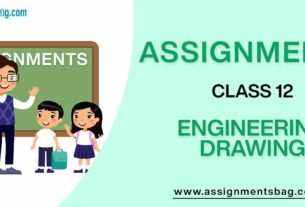 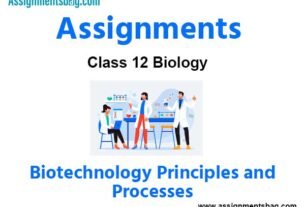