Question. What does the Buddha say about the world ?
Ans. Buddha says that everything in this world is transitory. Those who are barn, have to die someday. Humans of the world are suffering from a lot of pains and probLems. Yet everybody is engrossed in the worldly pleasures of possessions.

Question. What did Buddha say about the mortals of the world?
Ans. The Buddha told Kisa Gotami that the life of mortals is troubled and brief in this world. Those who have been born can’t avoid dying. As ripe fruits are in danger of falling, so mortals are always in danger of death. All earthen vessels end in being broken.

Question. Why did Kisa Gotami say, ‘How selfish am I in my grief!’ What did she realise about the fate of mankind?
Ans. Kisa Gotami became weary and hopeless. At last, the darkness of the night reigned everywhere.
She realised that she had been very selfish in her grief Death spares none. One who is born is destined to die sooner or later. No grieving or lamenting would bring a dead man to life.

Question. The Buddha renounced his worldly life to attain enlightenment. How might the sermon at Benares have helped Siddhartha Gautama’s wife if she had heard it?
Ans. If Siddhartha Gautama’s wife had heard his sermon at Benares she might have too renounced her worldly life and joined her husband to attain enlightenment! She would have also understood that real peace comes when a person rises above the worldly pleasures of life.

Question. Kisa understood the temporality of life as she sat at the way side watching the city lights. Con you think of any other object or phenomenon, natural or man-made, that might similarly reflect the fragile nature of human life? Justify your choice.
Ans. I believe the water bubbles reflect the fragile nature of human Life. They develop fully though for a few seconds only; then they burst and become water again. Human Life is also transitory. A person comes to Life on earth, fulfils his/her obligation of Life and then finally leaves this world to start a new journey.

Question. Elucidate any one quality that Siddhartha demonstrated when he gave up his status and family. Explain your choice.
Ans. By giving up his status and family. Siddhartha demonstrated a quality of selflessness He was bom as a prince into a royal family but he gave all that riches and worldly pleasures in order to seek enlightenment to understand the causes of sorrows and sufferings of human life.

Question. Grief is often seen as a measure of Love. Do you think the Buddha’s sermon undermines a mother’s low? Justify your response.
Ans. I think that Buddha’s sermon doesn’t undermine a mother’s lave for his child. It aims to make the person who is grief-stricken realize that grief and lamentation lead to destroying peace of mind. It never helps the person. Instead, accepting the loss and Letting go of the complaints bring solace to the grieved person.

Question. What was Gautam Buddha’s Life before he became Buddha?
Ans. Buddha was a prince named Siddhartha Gautama, in northern India. At twelve, he was sent away for schooling in the Hindu sacred scriptures and four years Later, he returned home to marry a princess. They had a son and Lived for ten years as befitted royalty.

Question. Why did Kisa Gotami understand the message given by the Buddha only the second time? In what way did the Buddha change her understanding?
Ans. Kisa Gotami had lost her only son and in grief, she carried her dead son to all her neighbours to get him cured and restored back to life. Finally, she went to the Buddha asking him for medicine to cure her boy. The Buddha felt that she needed to be enlightened about the truth of life — that death and sorrow are inescapable. He could see that grief had blinded her, and it would be difficult for her to accept the truth. So the Buddha told her to procure mustard seeds from a house where none had died.
Kisa Gotami went from door to door. Then she realized that there was no house where no one had died and that death is common to all. She came back to the Buddha where He sermonized her that life in this world is troubled and filled with sorrows. He gave her examples of ripe fruits and earthen vessels whose ‘lives’ are short. This way he made her realize that death is unavoidable and none — even the near and dear ones — can save anyone from death.

Question. Read the given quote by actor Jim Carrey.

Can you relate this to the Buddha’s life before and after he attained enlightenment? Provide examples from the text to support your answer.
Ans. Siddhartha Gautama, in his youth, had never seen any suffering of human life Like weakness, diseases, old-age and death He was bom as a prince in a royaL family. He lived a luxurious life nd was oblivious to the common sufferings of the people. When he saw sufferings of people one day, he realized that nobody is spared by such sorrows. Money and materialistic things can’t stop one from reaching death. Buddha then decided to give up all his riches and comforts of Life in search of enlightenment concerning the sorrows and sufferings of human life. However, after enlightenment, Buddha achieved his aim of life and Learnt that one must rise above all the worldly pleasures to attai n peace of mind.

Question. In the story “The Sermon at Benares’. Kisa Gotami runs from house to house in search of a medicine for her dead child. Imagine yourself as the writer of the story and write an imaginary conversation Kisa Gotami had with a Lady of the house that Kisa went to ask for the medicine.
Ans. Kisa Gotami: (anxiously) Is anybody at home? Please help me!
Lady: Oh dead Who are you? And what do you need?
Kisa Gotami: My son is dead—.he is my onLy child. I need a medicine to cure him and bring him back to life. Please help me!
Lady: I am so sorry to hear about your loss. Lady. I wish I could help you but alas! No one can help you in this. Your son is no more. Please accept this harsh reality and have patience. No medicine can bring him back, dear.
Kisa Gotami: (crying) Nooooo—he will be alright if someone gives me the medicine to cure him. TelL me if you have else I may ask other people. I don’t have a Lot of time.
Lady: I am sorry. I can’t help you. dear! 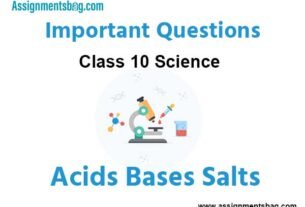