Please refer to Principles of Inheritance and Variation Class 12 Biology Revision Notes for Chapter 5 provided below. These concept notes have been prepared based on the latest Class 12 Biology NCERT, CBSE, and KVS books issued for the current academic year. These notes will help you to learn all important topics given in the chapter and are important to get good marks. We have provided Class 11 Biology Notes for all chapters on our website for download in Pdf.

Gregor Mendel is the Father of genetics. He conducted some hybridization experiments on garden peas (Pisum sativum) for 7 years (1856-1863).

Steps in making a cross (Deliberate mating) in pea:
♦ Selection of 2 pea plants with contrasting characters.
♦ Emasculation: Removal of anthers of one plant to avoid self-pollination. This is female parent.
♦ Pollination: Collection of pollen grains from the male parent and transferring to female parent.
♦ Collection & germination of seeds to produce offspring

INHERITANCE OF ONE GENE

Monohybrid cross: A cross involving 2 plants differing in one character pair. E.g. Mendel crossed tall and dwarf pea plants to study the inheritance of one gene.

Hence monohybrid test cross ratio= 1:1
Test cross is used to find out the unknown genotype of a character. E.g.

Mendel’s Principles or Laws of Inheritance

1. First Law (Law of Dominance)
♦ Characters are controlled by discrete units called factors.
♦ Factors occur in pairs.
♦ In a dissimilar pair of factors, one member of the pair dominates (dominant) the other (recessive).

Mendel’s 3rd Law: Law of Independent Assortment
♦ It is based on the results of dihybrid crosses.
♦ It states that “When two pairs of traits are combined in a hybrid, segregation of one pair of characters is independent of the other pair of characters”.

The concept of dominance
♦ Every gene contains information to express a particular trait.
♦ In heterozygotes, there are 2 types of alleles:

2. Co-dominance
♦ It is the inheritance in which both alleles of a gene are expressed in a hybrid. E.g. ABO blood grouping in human.
♦ ABO blood groups are controlled by the gene I.
♦ This gene controls the production of sugar polymers (antigens) that protrude from plasma membrane of RBC.
♦ The gene I has three alleles IA, IB & i.
♦ IA and IB  produce a slightly different form of the sugar while allele i doesn’t produce any sugar.

When IA and IB  are present together, they both express their own types of sugars. This is due to co-dominance.

3. Multiple allelism
♦ It is the presence of more than two alleles of a gene to govern same character.
♦ E.g. ABO blood grouping (3 alleles: IA  , IB & i).
♦ In an individual, only two alleles are present. Multiple alleles can be found only in a population.

5. Pleiotropy
♦ Here, a single gene exhibits multiple phenotypic expressions. Such a gene is called pleiotropic gene.
♦ In most cases, the mechanism of pleiotropy is the effect of a gene on metabolic pathways which contributes towards different phenotypes.
♦ E.g. Starch synthesis in pea, sickle cell anaemia, phenylketonuria etc.
♦ In Phenylketonuria & sickle cell anaemia, the mutant gene has many phenotypic effects. E.g. Phenylketonuria causes mental retardation, reduction in hair and skin pigmentation.

Mendel’s work remained unrecognized till 1900 because:
♦ Communication was not easy.
♦ His mathematical approach was new and unacceptable.
♦ The concept of genes (factors) as stable and discrete units could not explain the continuous variation seen in nature.
♦ He could not give physical proof for the existence of factors.
In 1900, de Vries, Correns & von Tschermak independently rediscovered Mendel’s results.

Chromosomal Theory of Inheritance (1902):
♦ Proposed by Walter Sutton & Theodore Boveri.
♦ They said that pairing & separation of a pair of chromosomes lead to segregation of a pair of factors they carried.
♦ Sutton united chromosomal segregation with Mendelian principles and called it the chromosomal theory of inheritance. It states that,
a. Chromosomes are vehicles of heredity.
b.Two identical chromosomes form a homologous pair.
c. Homologous pair segregates during gamete formation.
d. Independent pairs segregate independently of each other.
Genes (factors) are present on chromosomes. Hence genes and chromosomes show similar behaviours.

Thomas Hunt Morgan proved chromosomal theory of inheritance using fruit flies (Drosophila melanogaster). It is the suitable material for genetic study because,
♦ They can grow on simple synthetic medium.
♦ Short generation time (life cycle: 12-14 days).
♦ Breeding can be done throughout the year.
♦ Hundreds of progenies per mating.
♦ Male and female flies are easily distinguishable. E.g. Male is smaller than female.
♦ It has many types of hereditary variations that can be seen with low power microscopes.

Linkage: Linkage is the physical association of two or more genes on a chromosome. They do not show independent assortment.
Recombination: Recombination is the generation of non-parental gene combinations. It occurs due to independent assortment or crossing over.
Morgan: Morgan carried out several dihybrid crosses in Drosophila to
study sex-linked genes. E.g.
Cross 1: Yellow-bodied, white-eyed females
X
Brown-bodied, red-eyed males (wild type)
Cross 2: White-eyed, miniature winged
X
Red eyed, large winged (wild type)
Morgan intercrossed their F1 progeny. He found that
♦ The two genes did not segregate independently and the F2 ratio deviated from the 9:3:3:1 ratio.
♦ Genes were located on the X chromosome.
♦ When two genes were situated on the same chromosome, the proportion of parental gene combinations was much higher than the non-parental type. This is due to linkage.
♦ Genes of white eye & yellow body were very tightly linked and showed only 1.3% recombination.
♦ Genes of white eye & miniature wing were loosely linked and showed 37.2% recombination.
♦ Tightly linked genes show low recombination. Loosely linked genes show high recombination.

Alfred Sturtevant used the recombination frequency between gene pairs for measuring the distance between genes and ‘mapped’ their position on the chromosome.
Genetic maps are used as a starting point in the sequencing of genomes. E.g. Human Genome Project.

The sperm determines whether the offspring male or female.

Sex determination in honeybee
♦ It is based on the number of sets of chromosomes an individual receives.
♦ Fertilised egg develops as a female (queen or worker).
♦ An unfertilised egg develops as a male (drone). It is called parthenogenesis.
♦ Therefore, the females are diploid (32 chromosomes) and males are haploid (16 chromosomes). This is called as haplodiploid sex determination system.
♦ In this system, the males produce sperms by mitosis. They do not have father and thus cannot have sons, but have a grandfather and can have grandsons.

MUTATION: It is a sudden heritable change in DNA sequences resulting in changes in the genotype and the phenotype of an organism.
Mutation is 2 types:
Point mutation: The mutation due to change (substitution) in a single base pair of DNA. E.g. sickle cell anaemia.
Frame-shift mutation: It is the deletion or insertion of base pairs resulting in the shifting of DNA sequences.
♦ Loss (deletion) or gain (insertion/ duplication) of DNA segment cause Chromosomal abnormalities (aberrations).
♦ Chromosomal aberrations are seen in cancer cells.
♦ The agents which induce mutation are called mutagens.
They include
a. Physical mutagens: UV radiation, α, β, γ rays, X-ray etc.
b. Chemical mutagens: Mustard gas, phenol, formalin etc

PEDIGREE ANALYSIS
♦ In human, control crosses are not possible. So the study of family history about inheritance is used.
♦ Such an analysis of genetic traits in several generations of a family is called pedigree analysis.
♦ The representation or chart showing family history is called family tree (pedigree).
♦ In human genetics, pedigree study is utilized to trace the inheritance of a specific trait, abnormality or disease.

GENETIC DISORDERS
The disorders due to change in genes or chromosomes.

1. Mendelian Disorders
♦ It is caused by alteration or mutation in the single gene.
♦ E.g. Haemophilia, Colour blindness, Sickle-cell anaemia, Phenylketonuria, Thalassemia, Cystic fibrosis etc.
♦ The pattern of inheritance of Mendelian disorders can be traced in a family by the pedigree analysis.
♦ Mendelian disorders may be dominant or recessive.
♦ Pedigree analysis helps to understand whether the trait is dominant or recessive.

Haemophilia (Royal disease):
♦ It is a sex linked (X-linked) recessive disease.
♦ In this, a protein involved in the blood clotting is affected.
♦ A simple cut results in non-stop bleeding.
♦ The disease is controlled by 2 alleles, H & h. H is normal allele and h is responsible for haemophilia.

♦ In females, haemophilia is very rare because it happens only when mother is at least carrier and father haemophilic (unviable in the later stage of life).
♦ Queen Victoria was a carrier of hemophilia. So her family pedigree shows many haemophilic descendants.

Colour blindness:
♦ It is a sex-linked (X-linked) recessive disorder due to defect in either red or green cone of eye. It results in failure to discriminate between red and green colour.
♦ It is due to mutation in some genes in X chromosome.
♦ It occurs in 8% of males and only about 0.4% of females. This is because the genes are X-linked.
♦ Normal allele is dominant (C). Recessive allele (c) causes colour blindness.
♦ The son of a heterozygous woman (carrier, XCXc) has a 50% chance of being colour blind.
♦ A daughter will be colour blind only when her mother is at least a carrier and her father is colour  blind (XcY).

Sickle-cell anaemia:
♦ This is an autosome linked recessive disease.
♦ It can be transmitted from parents to the offspring when both the partners are carrier (heterozygous) for the gene.
♦ The disease is controlled by a pair of allele, HbA and HbS.
Homozygous dominant (HbAHbA: normal
Heterozygous (HbAHbS): carrier; sickle cell trait
Homozygous recessive (HbSHbS): affected
♦ The defect is caused by the substitution of Glutamic acid (Glu) by Valine (Val) at the sixth position of the β-globin chain of the haemoglobin (Hb).

♦ This is due to the single base substitution at the sixth codon of the β-globin gene from GAG to GUG.
♦ The mutant Hb molecule undergoes polymerization under low oxygen tension causing the change in shape of the RBC from biconcave disc to elongated sickle like structure.

Phenylketonuria:
♦ An inborn error of metabolism.
♦ Autosomal recessive disease.
♦ It is due to mutation of a gene that codes for the enzyme phenyl alanine hydroxylase. This enzyme converts an amino acid phenylalanine into tyrosine.
♦ The affected individual lacks this enzyme. As a result, phenylalanine accumulates and converts into phenyl pyruvic acid and other derivatives.
♦ They accumulate in brain resulting in mental retardation. These are also excreted through urine because of poor absorption by kidney.

Thalassemia:
♦ An autosome-linked recessive blood disease.
♦ It is transmitted from unaffected carrier (heterozygous) parents to offspring.
♦ It is due to mutation or deletion.
♦ It results in reduced synthesis of a or b globin chains of haemoglobin. It forms abnormal haemoglobin and causes anaemia.
♦ Based on the chain affected,

2. Chromosomal disorders
They are caused due to absence or excess or abnormal arrangement of one or more chromosomes. 2 types:
a. Aneuploidy: The gain or loss of chromosomes due to failure of segregation of chromatids during cell division.
b. Polyploidy (Euploidy): It is an increase in a whole set of chromosomes due to failure of cytokinesis after telophase stage of cell division. This is very rare in human but often seen in plants.

♦  Klinefelter’s Syndrome: It is the presence of an additional copy of X-chromosome in male (trisomy) .
Genetic constitution: 44 A + XXY (i.e. 47 chromosomes).
Features:
1. Overall masculine development. However, the feminine development is also expressed. E.g.
Development of breast (Gynaecomastia).
2. Sterile.
3. Mentally retarded.

♦ Turner’s syndrome: This is the absence of one X chromosome in female (monosomy).
Genetic constitution: 44 A + X0 (i.e. 45 chromosomes).
Features:
1. Sterile, Ovaries are rudimentary.
2. Lack of other secondary sexual characters.
3. Dwarf.
4. Mentally retarded. 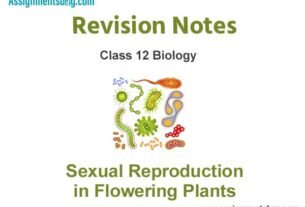 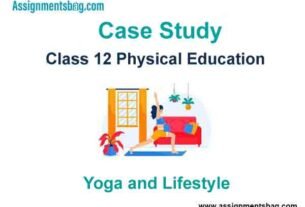 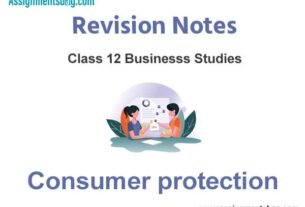