Please refer to the Accounting for Share Capital Revision Notes given below. These revision notes have been designed as per the latest NCERT, CBSE and KVS books issued for the current academic year. Students will be able to understand the entire chapter in your class 12th Accountancy book. We have provided chapter wise Notes for Class 12 Accountancy as per the latest examination pattern.

Students of Class 12 Accountancy will be able to revise the entire chapter and also learn all important concepts based on the topic wise notes given below. Our best teachers for Grade 12 have prepared these to help you get better marks in upcoming examinations. These revision notes cover all important topics given in this chapter.

(1) Incorporated under law (Companies Act, 2013 or under any previous Companies Acts)
(2) Separate legal entity
(3) Artificial person
(4) Perpetual existence
(5) Limited liability of members (to the extent of unpaid amount on shares)
(6) Common seal
(7) Transferability of shares – Shares of Public Companies are freely transferable.
(8) May sue or be sued
(9) Can enter into contracts in its own name

(ii) Private Company – A private company is one which by its Articles of
Association:
(a) Restricts the right to transfer its shares;
(b) A private company must have at least 2 members, except in case of one person company;
(c) Limits the number of its members to 200 (excluding its employees);
(d) Prohibits any invitation to public to subscribe for any securities of the company.

(iii) One Person Company (OPC) – Sec. 2(62) of the companies Act, 2013, defines OPC as a “company which has only one person as a member”.
Rule 3 of the Companies (Incorporation) Rules, 2014 provides that:
(a) Only a natural person being an Indian citizen and resident in
India can form one person company,
(b) It cannot carry out non-banking financial investment activities.
(c) It cannot be formed for charitable purpose
(d) Directors: Minimum 1 & Maximum 15
(e) Paid-up share capital: Minimum Rs. 1 lakh & Maximum ₹50 Lakhs
(f) Its average annual turnover of three years does not exceed ₹2 Crores.

It is a document issued by a public company, before issue of securities (like shares) to the public, which contains terms & conditions of the issue and other relevant details like purpose for which proceeds of the issue will be used.

♦ It is the minimum amount stated in the prospectus, that must be subscribed & the application money on such minimum subscription must be received.
♦ As per SEBI Regulations – Minimum Subscription = 90% of the shares issued
♦ Shares cannot be allotted unless minimum subscription is received within the prescribed time.
♦ If minimum subscription is not received, then application money shall be refunded to the applicants within 15 days from closure of the issue
♦ In case of Delay in above – Interest @ 15% p.a. will be charged
Preliminary Expenses
Expenses incurred for incorporation / registration of the company. For example: Legal fees, registration fees, stamp duty, printing cost, share issue expenses etc.

♦ Amount received towards “Share Capital” of the company. In simple words, capital of the shareholders / members (i.e. owners of the company) is collectively known as share capital.
♦ Shares – It is the unit in which share capital (i.e. ownership) of a company is divided. It is a fractional part of the share capital and forms the basis of ownership interest in a company. Each share has its nominal (face) value.
Types of Shares
(i) Preference Share – Shares which carries preferential right over equity shares to:
(a) received dividend; and
(b) received repayment of capital at the time of winding up of the company.
(ii) Equity Shares – Shares other than preference shares. These carry maximum risk & reward, and voting rights.

It is the part of profits that are distributed amongst the shareholders.
Types of Share Capital

(2) Issued Capital
It is that part of the authorised capital which is actually issued to the public for subscription including the shares allotted to vendors and the signatories to the company’s memorandum. It cannot be more than Authorised Capital.

It is that part of the subscribed capital which has been called up on the shares, i.e.,
what the company has asked the shareholders to pay.

It is that portion of the called-up capital which has been actually received from the shareholders.

Part of called-up capital that has not been received from the shareholders.
Calls-in-Arrears = Called-up Capital (-) Paid-up Capital.

It is the part of uncalled capital, that the company decides not to call except at the time of winding-up of the company.

It is a reserve created out of capital profits, that is not available for distribution as dividend. It is shown under the head “Reserves & Surplus” in the Balance Sheet.
Initial Public Offer (IPO)

When shares are issued (for cash) to the public for the first time, it is known as IPO. In India, IPO is applied using a system known as “Application Supported by Blocked Amount (ASBA)”.

Important Steps for Issue of Shares

It is an issue of shares in which the existing shareholders have a right to subscribe for the new shares.

Calls are made as per AoA of the Company.
If no AoA (or if AoA is silent) Table F of Companies Act, 2013 applies, which provides:
(i) Minimum time gap between two calls – 1 month
(ii) Amount of one call cannot be more than 25% of the nominal (face) value
(iii) Notice of 14 days to be given to shareholders to pay the amount
(iv) Calls should be made on uniform basis on all shares of the same class.
(v) Interest on Calls in Arrear – 10% p.a.
(vi) Interest on Calls in Advance – 12% p.a.

It means an allotment that is made at a predetermined price to certain identified people, such as promoters, venture capitalists, financial institutions, major customers or suppliers, who wish to take a strategic stake in the company.

It is an offer of securities or invitation to subscribe securities to a select group of persons through issue of private placement offer letter.

♦ A company may offer option to its employees and employee directors to subscribe shares of the company at lower than its market value or fair value at a future date. This is known as Employees Stock Option Plan (ESOP).
♦ It is a category of Sweat Equity (Sweat Equity being a wider term)
♦  An employee may or may not exercise the right to subscribe.
♦  A company issuing the options has to fulfil following prescribed conditions:
♦  these shares are of the same class of shares already issued;
♦  it is authorised by a special resolution passed by the company;
♦  the resolution specifies the number of shares, the current market price, consideration, if any, and the class or classes of directors or employees to whom such equity shares are to be issued;
♦  not less than one year has, at the date of issue, elapsed since the date on which the company had commenced business; and
♦  these shares are issued in accordance with SEBI regulations, if the shares are listed.
♦  Important terms:

♦  Grant: It means giving an option to the Employees to subscribe to the shares of the company at the pre-determined price.

♦  Grant Date: It is the date of agreement between the enterprise and its employees to the terms of Employees Stock Option Plan (ESOP).

♦  Vesting: A process to give right to employees to apply for shares of the company.

♦  Vesting Date: It is the date on which the employee becomes entitled to apply for the shares once he has satisfied the vesting conditions.

♦  Vesting Period: The period between the grant date and the date on which all the specified vesting conditions of an Employees Stock Option Plan (ESOP) need to be satisfied.

♦  Exercise: It means applying by the employee for issue of shares against the option vested in him.

♦  Exercise Period: Period after vesting within which the employee must exercise the right to apply for shares against the option vested in him in pursuance of the Employees Stock Option Plan.

♦  Exercise Price: The price payable by the employee for exercising the option granted in pursuance of the Employees Stock Option Plan.

♦  Value of Option: Difference between the market price and the issue price of the security.

Question: According to Section 52 of the Companies Act, the amount in the Securities Premium Account cannot be used for the purpose of:
(a) Issue of fully Paid Bonus Shares
(b) Writing Off Losses of the Company
(c) Writing off Preliminary Expenses
(d) Writing Off Commission or Discount on Issue of Shares.

Question: A company purchased a machinery of Rs.2,75,000 from a vendor and issued shares of Rs.10 each to the vendor. Match the following:

Question: A company issued 10000 shares of Rs.10 each payable Rs.3 on application, Rs.4 on allotment, Rs.3 on first call and the balance on final call.

Question: B Limited was registered with the share capital of Rs. 1 crore divided into equity shares of Rs. 10 each. It issued 9,00,000 equity shares to the general public at par payable as to Rs.3 an application Rs.3 allotment and balance in two equal calls.. The public had subscribed for 8, 50,000 shares. Till 31st March 2021 only first call had been made. All the money on the shares were received except from Mr. C a holder of 25,000 shares who did not pay call.
MATCH THE FOLLOWING: 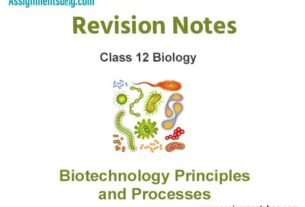 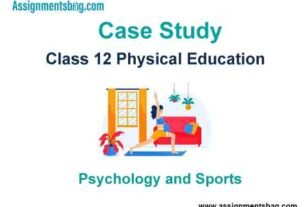