Question: What is WWW?
Ans: The World Wide Web is also called www or web or W3. It is a system of web servers. In www, information is stored in the form of web-pages. Web pages are written in HTML (Hypertext Mark Language). HTML defines the structural elements of web page. A web-page contains text, picture, audio, animations etc. The collection of related web-pages is called a website. Websites are stored on the web-servers. The web-pages of a website are linked with each other. These links are called hyperlinks. By default, hyperlinks are shown in blue color with underline. The first web-page of a website is known as Homepage.
Each web-site/page has a unique address. This address is called URL (Uniform Resource Locater). Example of URL is: www.google.com. To use these web pages, we have to use Web browsers. Some popular web browsers are Google Chrome, Firefox and Microsoft’s Internet Explorer.

Question: What is URL?
Ans: Each web page on the web has a unique name or address. This name or address is called Uniform Resource Locator. To access any webpage on the internet, we have to type the URL of website in the web-browser. Example of URL is:

Question: What is internetworking?
Ans: When two or more computer networks are connected with each other, it is called as computer internetworking. To inter-connect different networks, various types of devices are used such as router, gateway etc.

Question: What is a Network?
Ans: Computer network is an interconnection of two or more computers to share resources (hardware, software or data). These computers are connected with each other using some communication medium. These communication medium can be wired (twisted pair cable, co-axial cable, fibre optics etc.) or wireless (Bluetooth, infrared etc.) There is no limit to the distance between computers in a network.

Question: What is network topology?
Ans: Network topology is the arrangement of the various elements (links, nodes, etc.) in a computer network. Computers can be connected in different ways in a network. So there are different types of topologies. Commonly used topologies are Bus topology, ring topology, star topology, mesh topology and tree topology.

Question: What is a network hub and what are its uses or advantages?
Ans: Network hub is a communication device which is used to create a network. It is used to connect two or more Ethernet networks. After connecting networks with it, it represents the neworks as a single network. A hub can receive input from many lines. When hub receives input from any of the input lines, it sends the received data to all other lines of hub. Hubs are commonly used in the Star Network topology.

BOUNDED/GUIDED TRANSMISSION MEDIA: In this transmission media, signals are passed through a specific path using wire or cable. There are many types of bounded transmission media, such as twisted pair cables, co-axial cables, fiber optics etc.
UNBOUNDED/UNGUIDED TRANSMISSION MEDIA: Unguided or wireless media sends the data through air (without wires). This media is not guided or bounded to a channel to follow. Wireless media is particularly useful in those regions where cables are difficult to implement or install. The main types of unguided media are: Radio waves, Microwaves, Satellite Microwaves, Infrared waves.

Question: What is the function of modem in networking?
Ans: Full form of Modem is Modulater Demodulator. It is a communication device. It is used to convert the digital signals into analog signals and vice versa. Computer generates digital data which is not suitable for long distance communication. So, this data must be converted to analog data for long
distance communication. It is the modulation which converts digital data into analog data. This analog data can travel without any noise over long distance. When this data riches at its destination, then it is converted back to digital data. This process of analog to digital conversion is called demodulation. In this way, we can say that modems play an important role in communication.

Question: What are networks? Explain different types of networks.
Ans: Computer network is an interconnection of two or more computers to share resources (hardware, software or data). These computers are connected with each other using some communication medium. These communication medium can be wired (twisted pair cable, co-axial cable, fibre optics etc.) or wireless (Bluetooth, infrared etc.) There is no limit to the distance between computers in a network.
Types of Networks:
There are many types of networks. Networks can be classified according to span of their geographical area. They can be classified into three categories:
1. Local Area Network (LAN)
2. Metropolitan Area Network (MAN)
3. Wide Area Network (WAN)
1. Local Area Network (LAN): A LAN netowkr interconnects computers within a limited area. This area can be a residence, school, library, or office building. LAN is relatively smaller than MAN and WAN. It is privately owned network. It provides local connectivity. In Offices, LAN is used to share resources. It can also be used to exchange information.
2. Metropolitan Area network (MAN): MAN networks are larger then a local area networks. It covers a large geographical area as compared to LAN. It can be the area of an entire city. MAN may be a single network like cable TV network. It may be interconnection of many LANs. For example, a company can use MAN to connect it’s all office LANs in a city. MAN might be either private or public. MAN is slower than LAN but Faster than WAN.
3. Wide Area networks (WAN): These are the largest neworks. These networks have no limit of geographical distance. This geographical area can be a country, a continent or the whole world. Public networks can be used to connect computers in a wide-area network. For example, telephone network system is used to connect computers to WAN. WANs can also be connected through satellites. Internet is the best example of Wide Area Network. Many components are used in WAN. These components are Bridges, Routers, and Gateways etc. Railway, airlines and banks etc. are the main application areas of WAN. WAN is slower than LAN and MAN.

Questions: What are network topologies? Explain different types of network topologies.
Ans: Network topology is the arrangement of the various elements (links, nodes, etc.) of a computer network. Computers can be connected in different ways in a network. So there are different types of topologies. Commonly used topologies are discussed below:
Bus Topology:
A bus network is a local area network (LAN). It is the simplest network topology. In this topology, all the nodes (computers as well as servers) are connected to the single cable. This cable is called the Bus. This central cable is the backbone of the network. Every node communicates with the other nodes through this Bus. A terminator is added at ends of bus. It prevents bouncing of signals.

Ring Topology:
A ring network is a local area network (LAN). In Ring Topology, all the nodes are connected to eachother like a closed loop. Each node is connected to two other nodes on both sides. A node can communicate with its neighbouring nodes. In the network, data travels in one direction. Sending and receiving of data takes place with the help of TOKEN. A Token contains the information about the sender and receiver.

Mesh Topology:
A mesh network is a local area network (LAN). In this topology, all nodes are interconnected with one another. This type of topology is very expensive. It is commonly used in wireless networks. In this topology, each node is directly connected with all other nodes of a network. Flooding or routing techniques are used in mesh topology for communication.

Tree Topology:
It combines the features of Star and Bus Topology. In Tree Topology, the numbers of Star networks are connected using Bus. This topology is also called Expanded Star Topology. Ethernet protocol is commonly used in this type of topology. 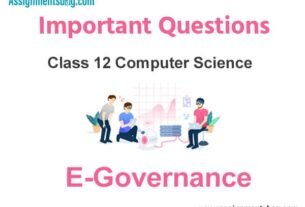