Question. Which are the two major formal sources of credit for rural households?
Answer : Banks and Cooperatives

Question. Which organisation has the sole right to print currency notes in India?
Answer : The Reserve Bank of India

Question. What is a debt trap?
Answer : A debt trap is a situation in which the debt is difficult or impossible to pay.

Question. Mention two disadvantages of the barter system.
Answer : Lack of a common unit of value and lack of standard for deferred payments.

Question. What is a cheque?
Answer : A cheque is a paper instructing the bank to pay a specific amount from the person’s account to the person in whose name the cheque has been issued.

Question. How does poverty affect a person’s capacity to borrow?
Answer : Credit is always given after properly assessing the repayment capacity of the borrower. Since poor people do not have repayment capacity they are usually unable to get loan, especially from the formal sector. They get some loan from the informal sector but they often fall in debt-trap because of the high interest rate.

Question. What do you understand by the ‘terms of credit’?
Answer : Interest rate, collateral and documentation requirement, and the mode of repayment together comprise what is called the terms of credit.

Question. What is the difference between debit card and credit card?
Answer : In a debit card, money is debited directly from your bank account whereas, in a credit card you need to repay the money used and with interest.

Question. What is demonetization? Explain with an example.
Answer : The withdrawal of notes, coins or precious metals from the use of legal tender is called demonetisation. On November 8, 2016 India demonetised the ₹500 and ₹1000 notes. It also announced the release of new ₹500 and ₹2000 notes.

Question. How do banks earn revenue?
Answer : Banks charge a higher interest rate on loans than what they offer on deposits. The difference between what is charged from borrowers and what is paid to depositors is their main source of income.

Question. How do loans help to improve the finances of the borrower?
Answer : In the changing economic times, loans can help strengthen the financial stability during the lean periods. It can help in maintaining cash flow during difficult times. Business loans help to establish people’s businesses and increase their earning capacity. For example, a person could take a loan to buy some machinery and start some production activity. With a loan more raw material can be purchased and developed into finished product for sale. Purchasing of storage space for seasonal products and selling the same products during lean season is also possible through business loans.

Question. Why is the Indian rupee accepted as a medium of exchange?
Answer : In India, the Reserve Bank of India issues currency notes on behalf of the central government. As per Indian law, no other individual or organisation is allowed to issue currency. Moreover, the law legalises the use of rupee as a medium of payment that cannot be refused in settling transactions in India. No individual in India can legally refuse a payment made in rupees. Hence, the rupee is widely accepted as a medium of exchange.

Question. Rural areas need more lending facilities of the formal sector. Explain why.
Answer : In rural areas, there may be little or no incentive for the informal sources of loans such as the money lenders, to increase their lending capacity. The formal sector of loans such as banks require a lot of cumbersome paperwork, and expect a certain credit worthiness of the person taking the loan. Rural people often are unaware of the rules and regulations of the banks. They prefer borrowing money from the local moneylender who requires no such documents but charges a high rate of interest. To avoid the serious repercussions of the high interest rates as charged by the informal sources and falling into debt traps by the rural people, it is important that more lending facilities of the formal sector are provided for in the rural areas.

Question. Explain the functioning of the government body in India that supervises the formal sectors of loans.
Answer : The Reserve Bank of India (RBI) is the government body that supervises the formal sector of loans in India. For instance, we have seen that the banks maintain a minimum cash balance out of the deposits they receive. The RBI monitors the banks in actually maintaining cash balance. Similarly,
the RBI sees that the banks give loans not just to profit-making businesses and traders but also to small cultivators, small-scale industries, to small borrowers etc. Periodically, banks have to submit information to the RBI on how much they are lending, to whom, at what interest rate, etc.

Question. How does a cooperative function as a loan providing sector in a rural area?
Answer : Besides banks, the other major source of cheap credit in rural areas are the cooperative societies (or cooperatives). Members of a cooperative pool their resources for cooperation in certain areas. There are several types of cooperatives possible such as farmers cooperatives, weavers cooperatives, industrial workers cooperatives, etc. Krishak Cooperative functions in a village not very far away from Sonpur. It has 2,300 farmers as members. It accepts deposits from its members. With these deposits as collateral, the cooperative has obtained a large loan from the bank. These funds are used to provide loans to members. Once these loans are repaid, another round of lending can take place. Krishak Cooperative provides loans for the purchase of agricultural implements, loans for cultivation and agricultural trade, fishery loans, loans for construction of houses and for a variety of other expenses.

Question. How do banks play an important role in the economy of India?
Answer : Banks play an important role in the economy of India in the following ways:
(i) Make deposits: Banks accept the deposits and also pay an amount as interest on the deposits.
In this way, people’s money is safe with the banks and it earns an amount as interest. People also have the provision to withdraw the money as and when they require. Since the deposits in the bank accounts can be withdrawn on demand, these deposits are called demand deposits.
(ii) Provide loans: Banks use the major portion of the deposits to extend loans. There is a huge demand for loans for various economic activities. We shall read more about this in the following sections. Banks make use of the deposits to meet the loan requirements of the people. In this way, banks mediate between those who have surplus funds (the depositors) and those who are in need of these funds (the borrowers). Banks charge a higher interest rate on loans than what they offer on deposits. The difference between what is charged from borrowers and what is paid to depositors is their main source of income.

Question. Explain how credit can be useful as well as harmful for the borrower.
Answer : Credit is useful in many ways:
(i) It helps to meet the working capital needs of production.
(ii) It helps in setting up new businesses and industries.
Credit can be harmful as well:
(i) It can push the borrower into a debt-trap in the case of high risk.
(ii) In case of improvement in earning the borrower is much worse off than before. For example, a farmer may have to sell off his land to pay off his debt.

Question. Why is cheap and affordable credit important for a country’s development?
Answer : Higher cost of borrowing means a larger part of the earnings of the borrowers is used to repay the loan. Hence, borrowers have less income left for themselves. In certain cases, the high interest rate for borrowing can mean that the amount to be repaid is greater than the income of the borrower. This could lead to increasing debt and debt trap. Also, people who might wish to start an enterprise by borrowing may not do so because of the high cost of borrowing. For these reasons, banks and cooperative societies need to lend more. This would lead to higher incomes and many people could then borrow cheaply for a variety of needs. They could grow crops, do business, set up small-scale industries, etc. They could set up new industries, or trade in goods. Cheap and affordable credit is crucial for the country’s development.

Question. Discuss the functioning of Self-help Groups (SHGs).
Answer : In recent years, people have tried out some newer ways of providing loans to the poor. The idea is to organise rural poor, in particular women, into small Self-help Groups (SHGs) and pool (collect) their savings. A typical SHG has 15-20 members, usually belonging to one neighbourhood, who meet and save regularly. Saving per member varies from ₹25 to ₹100 or more, depending on the ability of the people to save. Members can take small loans from the group itself to meet their needs. The group charges interest on these loans but this is still less than what the moneylender charges. After a year or two, if the group is regular in savings, it becomes eligible for availing loan from the bank. Loan is sanctioned in the name of the group and is meant to create self- employment opportunities for the members. For instance, small loans are provided to the members for releasing mortgaged land, for meeting working capital needs (e.g. buying seeds, fertilisers, raw materials like bamboo and cloth), for housing materials, for acquiring assets like sewing machine, handlooms, cattle, etc.

Question. Read the passage given below and answer the questions that follow.

Modern forms of money include currency — paper notes and coins. Unlike the things that were used as money earlier, modern currency is not made of precious metal such as gold, silver and copper. And unlike grain and cattle, they are neither of everyday use. The modern currency is without any use of its own. Then, why is it accepted as a medium of exchange? It is accepted as a medium of exchange because the currency is authorised by the government of the country.

(i) Why is money called as a medium of exchange?
Answer : Because it acts as an intermediary in the exchange process.

(ii) Which organisation authorises the currency of a country?
Answer : The country’s government

(iii) Why was paper currency not preferred in trade during the ancient times?
Answer : Because there was no standardised system in currency.

Question. Read the passage given below and answer the questions that follow.

In recent years, people have tried out some newer ways of providing loans to the poor. The idea is to organise rural poor, in particular women, into small Self-help Groups (SHGs) and pool (collect) their savings. A typical SHG has 15-20 members, usually belonging to one neighbourhood, who meet and save regularly. Saving per member varies from ₹ 25 to ₹ 100 or more, depending on the ability of the people to save. Members can take small loans from the group itself to meet their needs. The group charges interest on these loans but this is still less than what the moneylender charges. After a year or two, if the group is regular in savings, it becomes eligible for availing loan from the bank. Loan is sanctioned in the name of the group and is meant to create self- employment opportunities for the members.

(i) How has the formation of SHGs been useful to rural women?
Answer : It helps the women to become financially self-reliant.

(ii) There is a need to expand rural credit. Why?
Answer : To save the poor from the high rate of interest of moneylenders.

(iii) Why are Self-Help Groups growing in popularity?
Answer : Because the members of SHGs do not require collaterals to get loans Because self-employment opportunities are available for members. 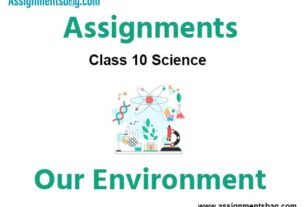