Question. At the time of puberty, both boys and girls show lots of changes in appearance. Name the hormones responsible for these changes.
Answer : Testosterone in male and oestrogen in females.

Question. What will happen to a plant shoot if sunlight falls on it from one direction only? What do you call this movement?
Answer : Shoot will bend towards light. Phototropism.

Question. What are hormones?
Answer : Hormones are the chemical substances secreted in trace amounts by specialised tissue called endocrine glands.

Question. How is spinal cord protected?
Answer : Vertebral column made by vertebrae protects the spinal cord.

Question. What is meant by hydrotropism? Give an example.
Answer : The response of a plant towards water is called hydrotropism. The roots of plants show positive hydrotropism.

Question. Trace the sequences of events through a reflex arc which occur when a bright light is focused on your eyes.
Answer :

Question. How does feedback mechanism regulate the hormone secretion?
Answer : The feedback mechanism regulates the timing and amount of hormone to be secreted, e.g., if a person has more sugar in his blood, this is detected by the cells of the pancreas. As a result, more insulin will be secreted to oxidise the sugar. In a reverse situation, the secretion of insulin will be reduced.

Question. Define phototropism and give one example.
Answer : Movement of plant parts towards the light is called phototropism, e.g., stem of plant usually move towards light.

Question. (a) Name one gustatory receptor and one olfactory receptor present in human beings.
(b) Write a and b in the given flow chart of neuron through which information travels as an electrical impulse.
Answer :
(a) Tongue / Nose.
(b) a  →Cell body, b  → axon

Question. Define neuron. Name the parts of the neuron where:
a. information is acquired.
b. impulse must be converted into a chemical signal for onward transmission?
Answer : Neuron is a functional and structural unit of nervous system. These cells are specialised for conducting information via electrical impulses from one part of the body to another.
(a) dendrites (b) end of axon.

Question: Design an experiment to demonstrate that the roots bend in the direction of water stimulus.
Answer: The given experiment demonstrates the response of roots in the direction of water stimulus. Take two glass troughs A and B and Fill each one of them two-third with soil. In trough A, plant a tiny seedling and water it daily whereas in trough B, plant a similar seedling and also place a small ‘clay pot’ inside the soil. Do not water the soil (in trough B) but put some water in the clay pot and bury it in the soil and leave it for a few days.

Question: What is reflex action? Describe the steps involved in a refiex action.
Answer: Reflex action is a spontaneous, automatic and mechanical response to a stimulus acting on a specic receptor without the will of the animal.
In reflex action, fine tips (dendrites) of receptors (sensory neurons) quickly relay a message (electric impulse) via sensory nerves to the spinal cord. the spinal cord then sends information (impulse) via motor nerves to eectors (muscles or glands) which show response. The path taken by nerve impulses in a reflex action is called as reflex arc.

Question: (a) What is (i) phototropism and (ii) geotropism? With labelled diagrams describe an activity to show that light and gravity change the direction that plant parts grow in.
(b) Mention the role of each of the following plant hormones:
(i) Auxin (ii) Abscisic acid
Answer: (a)Phototropism is the directional movement or orientation of the plant part in response to light stimulus. If the plant part moves towards light, it is called positive phototropism. Alternatively, if the plant part moves away from light, it is called negative phototropism. For example, (i) Stem or shoot of a growing plant moves towards light and
thus shows positive phototropism. (ii) Roots of a plant move away from light thus show negative phototropism. Phototropic movement in plant is caused due to the action of auxin hormone. Phototropism can be demonstrated by the following activity.
Take two potted plants and place one plant in the open so that it receives the sunlight coming from above. On the other hand, place the other plant in a room near the window in such a way that it receives sunlight from one side, i.e., through the window. After some days, observe both the plants.
You will notice that the first plant (A) (which was kept in the open) has grown up straight towards light. However, the second plant (B) (which was kept in the room and receiving light from one side) has grown by bending towards the light. Thus, we can conclude from this experiment that the stem of plant responds to light by showing growth
movement towards light (positive phototropism).

(b) (i) Auxin is a phytohormone which is basically growth promoter. It plays many important roles such as :
(I) Promotes cell enlargement and cell difierentiation in plants.
(II) These induces tropism.
(III) Induces parthenocarpy, i.e., formation of seedless fruits without fertilisation, in number of plants.
(IV) Auxin promotes apical dominance, a phenomenon in which presence of apical bud does not allow nearby lateral buds to grow.This is because apical bud inhibits the growth of lateral buds by releasing auxins.
(ii) Abscisic acid is a phytohormone which is basically growth inhibitor. It is also called stress hormone because its production is stimulated by drought, water logging and other adverse conditions. It performs the following functions:
(I) It promotes dormancy in seeds and buds and thus inhibits growth.
(II) It promotes abscision of flower and fruits.
(III) It promotes falling and senescence in leaves.
(IV) It promotes closing of stomata and thus afiects transpiration and wilting in leaves.

Question. Illustrate with the help of a diagram, the effect of auxins in different parts of a plant.
Answer :

Question. a. Name the diseases by which a person is likely to suffer due to the deficiency of: (i) iodine (ii) insulin
b. How the timing of secretion and amount of hormone secretion are regulated in human system.
Explain with example.
Answer :
a. (i) Goitre (ii) Diabetes.
b. The timing and amount of hormone released are regulated by feedback mechanisms, e.g., if the sugar levels in blood rise, they are detected by the cells of the pancreas which respond by producing more insulin. As the blood sugar level falls, insulin secretion is reduced.

Question. a. Differentiate between sensory neurons and motor neurons.
b. How is brain protected in our body? Name the part of the brain responsible for precision of voluntary actions and maintaining body posture and balance of the body.
Answer :
a. Sensory neurons carry impulses from receptors to brain. Motor neurons carry impulses from brain to effectors.
b. The brain is kept inside a bony box (skull). Inside the box, the brain is contained in a fluid-filled balloon which provides further shock absorption.
This fluid is known as Cerebrospinal Fluid (CSF).

Question. (a) What is reflex arc?
(b) What are the components of reflex arc?
(c) How do muscle cells move?
Answer :
a. The process of detecting the signal or the input and responding to it by an output action might be completed quickly. Such a connection is commonly called reflex arc.
b. Stimulus ” Receptors ” Sensory neurons ” Spinal cord ” Motor neurons ” Effector.
c. Muscle cells have special proteins that change their shape and arrangement in the cell in response to electrical impulse. This leads the muscle cells shortening.

Question. a. Identify the phytohormone used by plants while performing the following functions:
1. Cell division in shoot tip.
2. Inhibiting growth on approach of unfavourable conditions.
b. List in tabular form two differences between the movement in ‘touch me not’ plant and movement of shoot towards light.
Answer :
a. (1) Auxin, (2) Abscisic acid.

Question. What are hormones? Name the hormone produced by thyroid gland and state its function.
Answer :
Chemical coordination in animals occurs through chemicals called hormones which are secreted by endocrine glands. Thyroxin hormone.
It regulates metabolism of carbohydrates, fats and proteins. It is advisable to consume iodized salt in our food as iodine is required by our thyroid gland to produce thyroxin hormone. If it lacks in our body goiter may occur due to enlargement of thyroid in the neck region. 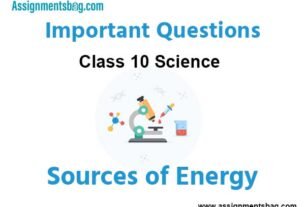 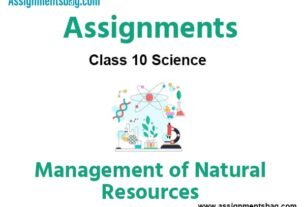