Question. Regarding to reproduction which of the following statement is correct :
(a) Asexual reproduction is common among multicellular plants and animals
(b) In monerans cell division itself is a mode of reproduction
(c) During bud formation in yeasts meiotic division occurs
(d) In fungi, fission is most common method of asexual reproduction

Question. Find out the incorrect statement :
(a) Cucurbits are monoecious plants
(b) Papaya is a dioecious plant
(c) Meiocytes are haploid
(d) Male gametes are transfered through pollen tube in spermatophytes

Question. Match the following regarding to number of chromosomes in meiocyte :

Question. Which of the following is a dioecious plant :
(a) Datepalm
(b) Cucumber
(c) Maize
(d) Chara

Question. “Water hyacinth” or Eichhornia is one of the important problematic weed of static water in India. Which of the following statement is incorrect about it :
(a) It is also known as “Terror of Bengal”
(b) It is native plant of India
(c) It increases biological oxygen demand of waterbody
(d) It spreads rapidly through vegetative reproduction

Question. From the formation of embryo point of view, which of the following plant group is the odd one :
(a) Algae
(b) Bryophytes
(c) Pteridophytes
(d) Gymnosperms

Question. Sexual reproduction is of isogamous type in :-
(a) Riccia
(b) Selaginella
(c) Cladophora
(d) Cycas

Question. Which of the following structure is the vital link that ensures continuity of species between organisms of one generation and the next :
(a) Endosperm
(b) Zygote
(c) Embryo
(d) Sex organs

Question. Find out incorrect statement :
(a) Period from birth to natural death called life span
(b) Life span of organisms are necessarily correlated with their size
(c) Except single celled organisms, all others are mortal
(d) Reproduction enables the continuity of species, generation after generation

Question. Interaction of which of the following factors regulate the reproductive processes and the associated behavioral expression of organisms :
(a) Only hormones
(b) Only environmental factors
(c) Both (1) and (2)
(d) Photosynthetic efficiency

Question. Match the following (with respect to life span) : (Image)

Question. Cultivation of floral plants is known as
(a) Horticulture
(b) Floriculture
(c) Sericulture
(d) Vermiculture

Question. Where does syngamy occur in algae?
(a) In archegonium
(b) In water or oogonium
(c) In Ovary
(d) In the soil

Question. Which ot the following has the longest life span ?
(a) Butterfly
(b) Crocodile
(c) Parrot
(d) Tortoise

Question. A clone is a group of individuals obtained through
(a) self-pollination
(b) hybridization
(c) asexual reproduction
(d) cross-pollination

Question. The end of vegetative phase in plants which marks the beginning of the reproductive phase can be easily seen in the higher plants when they come to
(a) flower
(b) fertilize
(c) pollinate
(d) None of the above

Question. In flowering plants both male and female gametes are non-motile. The method to bring them together for fertilization is
(a) water
(b) air
(c) pollination
(d) apomixis

Question. Which of the following statement about animal reproduction is incorrect ?
(a) Species that reproduce sexually cannot reproduceasexually.
(b) Viviparity, but not ovoviviparity, is common in mammals.
(c) Male insects can remove spermatophores deposited in a female by other males.
(d) Oogenesis and spermatogenesis both occur simultaneous in hermaphrodites.

Question. Which of the following statement is correct in the process of fertilization ?
(a) Only one sperm reaches the egg and enters it.
(b) The entry of sperm activates the egg for completing meiosis.
(c) Two haploid nuclei fuse and immediately divide to produce two nuclei which are again haploid.
(d) Only the acrosome of the sperm enters the egg.

Question. Select the incorrect statement.
(a) Anisogametes differ either in structure, function or behaviour.
(b) In oomycetes, female gamete is smaller and motile, while male gamete is larger and non-motile.
(c) Chlamydomonas exhibits both isogamy and anisogamy and Fucus shows oogamy.
(d) Isogametes are similar in structure, function and behaviour.

Question. Which of the following statements is/are correct ?
(i) The genetic constitution of a plant is unaffected in vegetative propagation.
(ii) Rhizome in ginger serves as an organ of vegetative reproduction.
(iii) Totipotency of cells enables us to micropropagate plants.
(a) (i) and (ii)
(b) (ii) and (iii)
(c) (ii) only
(d) All of these

Question. Which of the following statements is incorrect ?
(i) Bamboo species flower only once in their life time, generally after 50-100 years and produce large number of fruits and die.
(ii) In animals, the juvenile phase is followed by morphological and physiological changes prior to active reproductive behaviour.
(iii) The reproductive phase is of same duration in all organisms.
(iv) Juvenile phase is the period of growth between the birth of an individual till it reaches reproductive maturity.
(a) Only (i)
(b) Only (ii)
(c) Only (iii)
(d) Only (iv)

Question. Which one of the following option is correct regarding the given statements ?
(i) The plant was introduced in India because of its beautiful flowers and shape of leaves.
(ii) It can propagate vegetatively at a phenomenal rate and spread all over water body in a short period.
(iii) It is very difficult to get rid off these plants.
(iv) It is associated with flowering plants.
(a) Dahlia
(b) Water hyacinth
(c) Azolla (water fern)
(d) Mosses

Question. Which of the following statements regarding the asexual reproduction is incorrect?
(a) Both mitotic and meiotic division occurs.
(b) It does not contribute to evolution and speciation.
(c) It is uniparental and usually occurs in unicellular organisms.
(d) There is no variation and the offsprings have the same phenotype and genotype.

Question. Assertion: Ants, bees and termite show parthenogenesis.
Reason: Parthenogenesis is the process in which new organism is formed without fertilization.

Question. Match column-I with column-II and select the correct answer using the codes given below.

Question. Match column-I with column-II and select the correct option.

Question. Match the name of the organism given in column I with their chromosome number in meiocytes choose the correct combination from the options given below.

Question. Which of the labelled parts (X and Y) in the transverse section of pea plant is/are diploid ?

Question. If soil around stem of potato plant is constantly removed from very young stage then only roots remain in the soil then the potato tubers in plant will
(a) be larger
(b) be smaller
(c) be formed normally
(d) not be formed

Question. Which is the most common method of reproduction in majority of fungi and bacteria ?
(a) Binary fission
(b) Multiple fission
(c) Budding
(d) Spore formation

Question. Sexual reproduction involves
(a) meiosis only.
(b) meiosis and fusion of gametes.
(c) both mitosis and meiosis.
(d) all of the above

Question. Seeds are regarded to be the product of sexual reproduction because they
(a) can be stored for a long period.
(b) give rise to new plants.
(c) are the result of fusion of male gamete with the female gamete.
(d) none of the above

Question. “X” is the vital link that ensures continuity of species between organisms of one generation to the next. Every sexually reproducing organism begins life as a single cell  “X”. Identify “X”.
(a) Zygote
(b) Gamete
(c) Embryo
(d) None of the above

Question. Development of zygote depends on
(a) life cycle of the organism
(b) environment it is exposed to
(c) both (a) and (b
(d) nutrition of organism 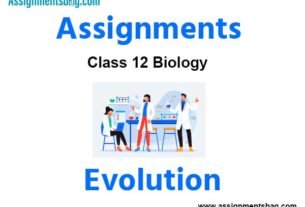