Please refer to Microbes in Human Welfare Class 12 Biology Important Questions with solutions provided below. These questions and answers have been provided for Class 12 Biology based on the latest syllabus and examination guidelines issued by CBSE, NCERT, and KVS. Students should learn these problem solutions as it will help them to gain more marks in examinations. We have provided Important Questions for Class 12 Biology for all chapters in your book. These Board exam questions have been designed by expert teachers of Standard 12.

Question. Which one is a biofertilizer?
(a) VAM
(b) Sporeine
(c) Devine
(d) Agent Orange

Question. Find out the pairs which are correctly matched

Question. The technology of biogas production from cow dung was developed in India largely due to the efforts of
(a) Gas Authority of India
(b) Oil and Natural Gas Comission
(c) Indian Agricultural Research Institute and khadi & Village Industries Commission
(d) Indian oil Corporation

Question. Match the items in Column ‘A’ and Column ‘B’ and choose correct answer

Question. In cheese microorganisms are required for
(a) Ripening only
(b) Souring of milk only
(c) Souring and ripening
(d) Development of resistance to spoilage

Question. Monascus purpureus , a yeast (fungus), that is used in the commercial production of
(a) Acetic acid
(b) Ethanol
(c) Blood cholesterol lowering statin
(d) Streptokinase

Question. Saccharomyces cervisiae is employed for production of
(a) Idli
(b) Beer
(c) Bread
(d) All of these

Question. In older days cheese was prepared by
(a) Aspergillus
(b) Rennet enzyme
(c) Clostridium bacteria
(d) None of the above

Question. Which of the following organism is useful in the preparation of roquefort cheese?
(a) Mucor
(b) Rhizopus
(c) Aspergillus
(d) Penicillium

Question. The micro-organism grown on molasses and as a food flavouring substance is
(a) Saccharomycetes
(b) Rhizopus
(c) Acetobacter
(d) Lactobacillus

Question. Match the microbes in column I with their commercial industrial products in column II and choose the correct answer.

Question. Yeast is used in the production of
(a) Citric acid and latic acid
(b) Lipase and pectinase
(c) Bread and beer
(d) Cheese and butter

Question. Yeast in an important source of
(a) Vitamin C
(b) Vitamin B
(c) Vitamin A
(d) Vitamin D

Question. Integrated Pest Management (IPM) discourage the excessive use of
(a) Biological methods
(b) Chemical pesticides
(c) Mechanical methods
(d) All of these

Question. A sewage treatment process, in which a part of decomposer bacteria present in the wastes is recycled into the starting of the process is called
(a) Cyclic treatment
(b) Activated sludge treatment
(c) Primary treatment
(d) Tertiary treatment

Question. Broad spectrum antibiotic is that which
(a) Acts on both pathogens
(b) Acts on all bacteria and virus
(c) Acts on a variety of pathogenic micro organisms
(d) Is effective in very small amounts

Question. Which of the following plant species you would select for the production of bioethanol?
(a) Brassica
(b) Zea mays
(c) Pongamia
(d) Jatropha

Question. Give the scientific name of the source organism from which the first antibiotic was produced.
Ans. Penicillium notatum.

Question. In which food would you find lactic acid bacteria? Mention some of their useful applications.
Ans. The lactic acid bacteria (LAB) are found in curd. LAB convert the lactose sugar of milk into lactic acid. Lactic acid coagulates the milk protein called casein. It also increases the nutritional quality of curd as the curd contains vitamin B12 along with other vitamins. They also check the growth of other harmful microbes.

Question. Give examples to prove that microbes release gases during metabolism.
Ans. Puffed-up appearance of dough which is used for making ‘dosa’, ‘idli’ and bread is due to gas production. Methanogens (bacteria) in the biogas plant produce methane and carbon dioxide. Also large holes in the ‘Swiss cheese’ are due to production of a large amount of CO2 during its production.

Question. Name the bacterium responsible for the large holes seen in “Swiss Cheese”. What are these holes due to?
Ans. Propionibacterium sharmanii.
The holes are because of production of large amount of CO2.

Question. How do biofertilisers enrich the fertility of the soil?
Ans. Biofertilisers are microorganisms which bring about nutrient enrichment of soil by enhancing the availability of nutrients to crops. They are of following types:
(i) Nitrogen fixing bacteria and cyanobacteria: They form symbiotic association with plants.
They get food and shelter from plants and on the other hand, plants get nitrogen fixed by these bacteria. For example, Rhizobium.
(ii) Mycorrhiza: It is an association between a fungus and roots of higher plants. It takes part in the solubilisation and absorption of nutrients from organic matter. Many members of the genus Glomus form mycorrhiza.
(iii) Manures: They are semi-decayed organic remains of various types—manure, green manure,compost and vermicompost.

Question. Name the blank spaces a, b, c and d given in the following table:

Question. List the events that lead to biogas production from waste water whose BOD has been reduced significantly.
Ans. The effluent is passed into a settling tank where the bacterial ‘flocs’ are allowed to sediment. This is called activated sludge. The sludge is pumped into anaerobic sludge digesters where they are anaerobically digested. During this digestion, bacteria produce biogas.

Question. Microbes can be used to decrease the use of chemical fertilisers and pesticides. Explain how this can be accomplished.
Ans. Microbes can be used both as fertilisers and pesticides called biofertilisers and biopesticides, respectively. Microbes are used as biofertilisers to enrich the soil nutrients, e.g., Rhizobium, Azotobacter, Azospirillum, etc., which can fix atmospheric nitrogen in the soil. Bacillus thuringiensis bacteria act as biopesticide to control the growth of insect pests. Trichoderma, fungal species,is an effective bicontrol agent of several plant pathogens. Baculoviruses used as biological control agents in genus Nucleopolyhedrovirus are excellent for species-specific, narrow spectrum insecticidal applications.

Question. Distinguish between the roles of flocs and anaerobic sludge digesters in sewage treatments.
Ans. Flocs are masses of bacteria associated with fungal filaments to form mesh-like structures. These consume the major part of the organic matter in the effluent, significantly reducing the BOD.
The effluent is then passed into a settling tank where the flocs sediment. A part of this sediment (activated sludge) is pumped into anaerobic sludge digestors where anaerobic digestion of sludge takes place, producing biogas in the process.

Question. Mention a product of human welfare obtained with the help of each one of the following microbes:
(a) LAB (b) Saccharomyces cerevisiae
(c) Propionibacterium sharmanii (d) Aspergillus niger
Ans. (a) Convert milk to curd (b) Bread/alcoholic drinks
(c) Swiss cheese (d) Citric acid

Question. Name a free-living and a symbiotic bacterium that serve as biofertiliser. Why are they so called?
Ans. Azospirillium/Azotobacter and Rhizobium act as biofertilisers. They are so called because they enrich soil nutrients by nitrogen fixation.

Question. Why is Rhizobium categorised as a ‘symbiotic bacterium’? How does it act as a biofertiliser?
Ans. Rhizobium is present in the root nodules of leguminous plants. Theirs is a symbiotic relationship in which the bacterium obtains food and shelter from the plant and the plant gets fixed nitrogen in return. These bacteria fix atmospheric nitrogen into organic forms, which is used by the plant as nutrient.

Question. (a) How is activated sludge produced during sewage treatment?
(b) Explain how this sludge is used in biogas production.
Ans. (a) Once the BOD of sewage or waste water is reduced significantly, the effluent is passed into a settling tank where the bacterial flocs undergo sedimentation and the sediment is thus called activated sludge.
(b) A small part of the activated sludge is pumped back into the aeration tank to serve as the inoculum. The remaining major part of the activated sludge is pumped into large tanks called anaerobic sludge digesters. The anaerobic bacteria digest the bacteria and fungi in the sludge and produce mixture of gases like methane, hydrogen sulphide and CO2 which constitute biogas.

Question. “Microbes play a dual role when used for sewage treatment as they not only help to retrieve usable water but also generate fuel”. Explain.
Ans. • Microbes naturally present in the sewage are employed in the secondary treatment of the sewage.
• The effluent from the primary treatment is passed into large aeration tanks.
• This allows the rapid growth of aerobic microbes into flocs which consume the organic matter of the sewage and reduces the BOD.
• Then the effluent is passed into a settling tank, where the flocs are allowed to sediment forming the activated sludge.
• Major parts of this activated sludge is pumped into anaerobic sludge digesters, where the anaerobic bacteria digest microbes in the activated sludge.
• During this digestion bacteria produce a mixture of gases like methane, hydrogen sulphide and carbon dioxide, which form the biogas and can be used as a source of energy. The effluent is generally released into rivers and streams.

Question. Explain the role of the following in increasing the soil fertility and crop yield:
(a) Leguminous plants
(b) Cyanobacteria
(c) Mycorrhizae
Ans. (a) Leguminous plants possess root nodules where nitrogen is fixed by symbiotic nitrogen fixing bacteria Rhizobium and fertilise the soil.
(b) Cyanobacteria as biofertilisers
• They fix atmospheric nitrogen and increase the organic matter of the soil through their photosynthetic activity, e.g., Nostoc, Anabaena, Oscillatoria, etc.
• Blue-green algae increase the soil fertility by adding organic matter to the soil.
• Cyanobacteria are important biofertilisers in paddy fields.
(c) Fungi as biofertilisers
• Fungi form symbiotic association with the roots of higher plants called mycorrhiza, e.g., Glomus.
• The fungal hyphae absorb phosphorus from soil and passes it to the plant.
• Mycorrhiza shows the following benefits to plant:
(a) resistance to root-borne pathogens.
(b) tolerance to salinity and drought.
(c) overall increase in plant growth and development.

Question. What are biofertilisers? Describe their role in agriculture. Why are they preferred to chemical fertilisers?
Ans. (i) Bacteria as biofertilisers
• Rhizobium is a symbiotic bacterium that lives in the root nodules of legumes and fixes atmospheric nitrogen into organic compounds.
• Azospirillum and Azotobacter are free-living bacteria which absorb free nitrogen from soil, air and convert it into salts of nitrogen and enrich soil nutrients.
(ii) Fungi as biofertilisers
• Fungi form symbiotic association with the roots of higher plants called mycorrhiza, e.g., Glomus.
• The fungal hyphae absorb phosphorus from soil and passes it to the plant.
• Mycorrhiza shows the following benefits to plant:
(a) resistance to root-borne pathogens.
(b) tolerance to salinity and drought.
(c) overall increase in plant growth and development.
These are preferred to chemical fertilisers because:
(i) They do not pollute soil, air and water.
(ii) They do not spoil the soil texture or pH of the soil.
(iii) They are economical.

Question. Choose any three microbes, from the following which are suited for organic farming, which is in great demand these days for various reasons. Mention one application of each one chosen.
Mycorrhiza; Monascus; Anabaena; Rhizobium; Methanobacterium; Trichoderma.
Ans. Mycorrhiza: (Fungal symbiont of the association) Absorbs phosphorus from soil.
Anabaena: Fix atmospheric nitrogen and adds organic matter to the soil.
Rhizobium: Fix atmospheric nitrogen (in leguminous plants).
Methanobacterium: They digest cellulosic material and their product/spent slurry can be used as a fertiliser.
Trichoderma: Biocontrol agent for several plant pathogens. (Any three) 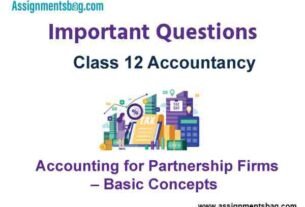 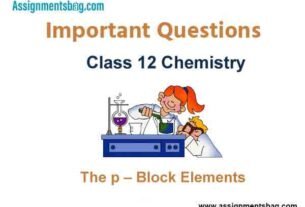