Chapter 4 From the Diary of Anne Frank MCQ Questions

Please refer to the following Chapter 4 From the Diary of Anne Frank MCQ Questions Class 10 English with solutions for all important topics in the chapter.

Question. Why was writing in a diary a strange experience for Anne?
A) she had never written anything before
B) she didn’t know how to write
C) neither she nor anyone else would be interested in it later
D) Both A and C

Question. Why was she unable to get closer to her already existing friends?
A) she didn’t like her friends
B) her friends are not understanding
C) she can’t bring herself to talk about personal stuff
D) all of the above

Question. What would the kids bet about in class?
A) who is more talkative
B) who would pass the class
C) football matches
D) baseball matches

Question. Why did she not want to give a brief in the diary at first?
A) she didn’t want to be formal
B) she wanted the diary to be her real friend
C) She did not like the idea
D) both 1 and 2

Question. How did Anne justify her being talkative in the essay?
A) she disussed the subject topics in class
B) it is a habit
C) it is an inherited trait from her mother and you can’t do much about it
D) the class is boring

Question. Who was the only survivor from Anne’s family
A) Anne
B) Anne’s father
C) Anne’s mother
D) Anne’s sister

Question. Why does Anne want to keep a diary?
A) she has no close friends
B) she loves to write
C) she wants people to read about her later
D) she likes the idea of it

Question. Who would Anne allow to read her diary?
A) her sister
B) her parents
C) a real friend (if she got one)
D) no one

Question. Why does Anne think she was lonely?
A) she had no friends
B) she had no real friends
C) she was all alone
D) she was an introvert

Question. What language was the diary originally written in ?
A) Spanish
B) English
C) Dutch
D) French

I finished my poem, and it was beautiful! It was about a mother duck and a father swan with three baby ducklings who were bitten to death by the father because they quacked too much. Luckily, Mr. Keesing took the joke the right way. He read the poem to the class, adding his own comments, and to several other classes as well.

Question. What did Mr. Keesing add to the poem while reading it?
(i) another poem
(ii) a story
(iii) a picture
(iv) his comments

However, during the third lesson he’d finally had enough. “Anne Frank, as punishment for talking in class, write an essay entitled ‘Quack, Quack, Quack,said Mistress Chatterbox’.”

The class roared. I had to laugh too, though I’d nearly exhausted my ingenuity on the topic of chatterboxes. It was time to come up with the essay from the beginning to end in verse and I jumped for joy. Mr. Keesing was trying to play a joke on me with this ridiculous subject, but I’d make sure the joke was on him.

Question. Ingenuity means:
(i) dumbness
(ii) creativity
(iii) stupidity
(iv) none of these 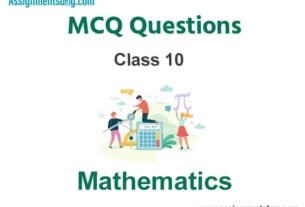