Please refer to the following Chapter 9 Heredity And Evolution MCQ Questions Class 10 Science with solutions for all important topics in the chapter.

Question: Which one of the following is not one of the direct conclusions that can be drawn from Mendel‘s experiment?
a) Only one parental trait is expressed
b) Two copies of each trait is inherited in sexually reproducing organism
c) For recessive trait to be expressed, both copies should be identical
d) Natural selection can alter frequency of an inherited trait

Question: Who have a perfect pair of sex chromosomes?
a) Girls only
b) Boys only
c) Both girls and boys
d) It depends on many other factors

Question: There is an inbuilt tendency of variation during reproduction because of– (i) Errors in DNA copying (ii)Sexual reproduction
a) only (i)
b) only (ii)
c) both (i) and (ii)
d) none of them

Question: Which one of the following gives a survival advantage and thus alters frequency of inherited trait. (i)Natural selection (ii) genetic drift
a) only (i)
b) only (ii)
c) both (i) and (ii)
d) none of these

Question: If we breed a group of squirrels and surgically remove their tails, then amongst the progeny of these tailless squirrels –
a) All have no tail
b) All have a tail
c) Some of them have tails
d) Cannot be determined

Question: With whom we associate theory of evolution?
a) Charles Darwin
b) Mendel
c) Stanley Miller
d) Harold Urey

Question: Two pink coloured flowers on crossing resulted in 1 red, 2 pink and 1 white flowers progeny. The nature of the cross will be
a) Double fertilisation
b) Self pollination
c) cross fertilisation
d) no fertilisation

Question: Amongst which of the following animals, sex of the offspring not genetically determined?
a) Humans
b) Snails
c) Birds
d) Dogs

Question: How can we know how old fossils are?
a) Fossils found closer to surface are recent than those found much below
b) Detecting ratios of isotopes
c) Studying its characteristics
d) All of these

Question: Fossils help
a) To study evolution
b) To understand climatic conditions in past
c) For a hierarchy of organisms (classification)
d) They help in all the above

Question: Wild cabbage is being cultivated for thousands of years and humans have generated broccoli,cauliflower, kala etc. from it. This is an example of
a) Natural selection
b) Genetic drift
c) Geographic isolation
d) Artificial selection

Question:Which of the following can be called a characteristic?
a) Plants can photosynthesis
b) We have 2 eyes
c) Mango tree is multicellular
d) All of these

Question: Organism A recently came into existence while B was formed millions of years ago. What does this indicate? (i) A is more efficient than B (ii) A is more complex than
a) Only (i)
b) Only (ii)
c) Both (i) and (ii)
d) Either (i) or (ii)

Question. Which is the example of homologous organs?
a) Forelimbs of man and wings of bird
b) Wings of birds and wings of insects
c) Vermiform appendix and nictitating membrane
d) Archaeopteryx and Balanoglossus

Question. A complete set of chromosomes inherited as a unit from one parent, is known as:
a) Karyotype
b) Gene pool
c) Genome
d) Genotype

Question. Which of the following features do humans lack that other primates have ?
a) Forward-facing eyes
b) Short snouts
c) Flexible shoulder and elbow joints
d) Opposable big toes

Question. Chemically a nucleotide has a:
a) Pentose group
b) Nitrogenous base
c) Phosphate group
d) All of these

Question. The earliest living organisms were:
a) Multicellular
b) Eukaryotes
c) Prokaryotes
d) None of these

Question. Mendel formulated some laws which are known as
a) Laws of germplasm
b) Laws of origin of species
c) Laws of recapitulation
d) Laws of inheritance

Question. Mendel’s concept of segregation implies that the two members of an allelic pair of genes –
a) are distributed to separate gametes
b) may contaminate one another
c) are segregated in pairs
d) are linked

Question: New species may be formed if
i) DNA undergoes significant changes in germ cells
ii) chromosome number changes in the gamete
iii) there is no change in the genetic material
iv) mating does not take place
a) (i) and (ii)
b) (i) and (iii)
c) (ii), (iii) and (iv)
d) (i), (ii) and (iii)

Question: Select the incorrect statement
a) Frequency of certain genes in a population change over several generations resulting in evolution
b) Reduction in weight of the organism due to starvation is genetically controlled
c) Low weight parents can have heavy weight progeny
d) Traits which are not inherited over generations do not cause evolution

Question: From the list given below, select the character which can be acquired but not inherited
a) colour of eye
b) colour of skin
c) size of body
d) nature of hair

Question: A zygote which has an X-chromosome inherited from the father will develop into a
a) boy
b) girl
c) X- chromosome does not determine the sex of a child
d) either boy or girl

Question: Select the group which shares maximum number of common characters
a) two individuals of a species
b) two species of a genus
c) two genera of a family
d) two genera of two families

Question: Which of the following statements is not true with respect to variation?
a) All variations in a species have equal chance of survival
b) Change in genetic composition results in variation
c) Selection of variants by environmental factors forms the basis of evolutionary processes
d) Variation is minimum in asexual reproduction

Question:  According to the evolutionary theory, formation of a new species is generally due to
a) sudden creation by nature
b) accumulation of variations over several generations
c) clones formed during asexual reproduction
d) movement of individuals from one habitat to another

Question: The two versions of a trait (character) which are brought in by the male and female gametes are situated on
a) copies of the same chromosome
b) two different chromosomes
c) sex chromosomes
d) any chromosome

Question: The number of pair (s) of sex chromosomes in the zygote of humans is
a) one
b) two
c) three
d) four

Question: Select the statements that describe characteristics of genes
i) genes are specific sequence of bases in a DNA molecule
ii) a gene does not code for proteins
iii) individuals of a given species, a specific gene is located on a particular chromosome
iv) each chromosome has only one gene
a) (i) and (ii)
b) (i) and (iii)
c) (i) and (iv)
d) (ii) and (iv)

Question: The theory of evolution of species by natural selection was given by
a) Mendel
b) Darwin
c) Morgan
d) Lamarck

Question: Select the group which shares the maximum number of common characters:
a) Two individuals of a species
b) Two species of a genus
c) Two genera of a family
d) Two genera of two families

Question: A trait in an organism is influenced by:
a) Paternal ONA only
b) Maternal DNA only
c) Both maternal and paternal DNA
d) Neither paternal, nor maternal DNA

Question. Assertion: The genetic complement of an organism is called genotype.
Reason: Genotype is the type of hereditary properties of an organism.

Question. Assertion: DNA fingerprinting is a method in which polymerase chain reaction followed by DNA probe is used.
Reason: A DNA fingerprint is inherited and therefore, resembles that of parents.

Question. Assertion: Chromosomes are known as hereditary vehicles.
Reason: The chromosomes are capable of selfreproduction and maintaining morphological and physiological properties through successive generations.

Fill in the Blanks :

Question. Wind of bat and wing of bird are the example of the ……………. organs.

Question. Mendel performed his experiments on ……………

Question. Broccoli has been developed from ……………. cabbage through artificial selection.

Question. Theory of natural selection was proposed by ……………

Question. Mendelian factors or genes as well as chromosomes arepresent in …………….

Question. Changes in the non-reproductive tissues caused by environmental factors are inheritable.

Question. Life can originate on earth from pre-existing life only.

Question. The atmosphere of the primitive earth was reducing.

Question. Sex is determined by different factors in various species.

We hope you liked the above provided MCQ Questions Chapter 9 Heredity And Evolution Class 10 Science with solutions. If you have any questions please ask us in the comments box below. 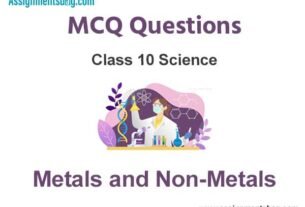 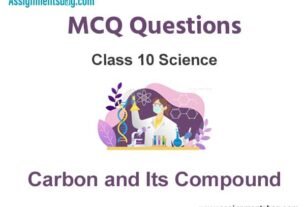 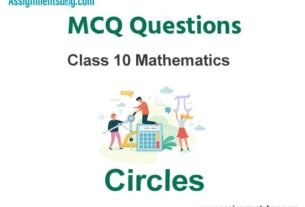