Please refer to the following Chapter 2 Electrostatic Potential and Capacitance MCQ Questions Class 12 Physics with solutions for all important topics in the chapter.

Question. A hollow conducting sphere is placed in an electric field produced by a point charge placed at P as shown in figure. Let VA, VB, VC be the potentials at points A, B and C respectively. Then

Question. Three charges, each +q, are placed at the corners of an isosceles triangle ABC of sides BC and AC, 2a. D and E are the midpoints of BC and CA. The work done in taking a charge Q from D to E is

Question. The capacitance of a parallel plate capacitor with air as dielectric is C. If a slab of dielectric constant K and of the same thickness as the separation between the plates is introduced so as to fill (1/4)th of the capacitor (shown in figure), then the new capacitance is

Question. A parallel plate capacitor has capacitance C. If it is equally filled with parallel layers of materials of dielectric constant K1 and K2 its capacity becomes C1. The ratio of C1 and C is

Question. A thin metallic spherical shell contains a charge Q on it. A point charge q is placed at the centre of the shell and another charge q1 is placed outside it as shown in the figure. All the three charges are positive.

Question. As shown in the figure, charges +q and –q are placed at the vertices B and C of an isosceles triangle. The potential at the vertex A is

Question. Four equal charges q each are placed at four corners of a square of side a each. Work done in carrying a charge –q from its centre to infinity is

Question. An arc of radius r carries charge. The linear density of charge is λ and the arc subtends an angle π/3 at the centre. What is electric potential at the centre?

Question. The energy stored in the capacitor as shown in the figure (a) is 4.5 × 10–6 J. If the battery is replaced by another capacitor of 900 pF as shown in figure (b), then the total energy of system is

Question. A parallel plate capacitor of capacitance 100 pF is to be constructed by using paper sheets of 1 mm thickness as dielectric. If the dielectric constant of paper is 4, the number of circular metal foils of diameter 2 cm each required for the purpose is
(a) 40
(b) 20
(c) 30
(d) 10

Question. Assertion (A): A capacitor can be given only a limited amount of charge.
Reason (R): After a limited value of charge, the dielectric strength of dielectric between the capacitor plates breaks down.

Question. Assertion (A): The potential of earth is assumed zero.
Reason (R): Earth is insulator and so earth can not hold any charge.

Question. Assertion (A): The surface of a conductor is always an equipotential surface.
Reason (R): A conductor contains free electrons which can move freely to equalise the potential.

Question. Assertion (A): When a charged capacitor is filled completely with a metallic slab, its capacitance is increased by a large amount.
Reason (R): The dielectric constant for metal is infinite.

Question. Assertion (A): When charged capacitors are connected in parallel, the algebraic sum of charges remains constant but there is a loss of energy.
Reason (R): During sharing a charges, the energy conservation law does not hold.

We hope you liked the above provided MCQ Questions Chapter 2 Electrostatic Potential and Capacitance Class 12 Physics with solutions. If you have any questions please ask us in the comments box below. 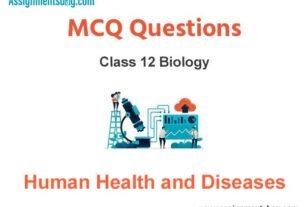 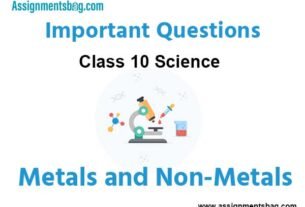