Please refer to the following Chapter 12 Atoms MCQ Questions Class 12 Physics with solutions for all important topics in the chapter.

Question. The binding energy of a H-atom, considering an electron moving around a fixed nuclei (proton), is

to work in a frame of reference where the electron is at rest, the proton would be moving around it. By similar arguments, the binding energy would be

This last expression is not correct because
(A) n would not be integral.
(B) Bohr-quantisation applies only to electron
(C) the frame in which the electron is at rest is not inertial.
(D) the motion of the proton would not be in circular orbits, even approximately.

Question. A set of atoms in an excited state decays.
(A) in general, to any of the states with lower energy.
(B) into a lower state only when excited by an external electric field.
(C) all together simultaneously into a lower state.
(D) to emit photons only when they collide.

Question. The simple Bohr model cannot be directly applied to calculate the energy levels of an atom with many electrons. This is because
(A) of the electrons not being subject to a central force.
(B) of the electrons colliding with each other.
(C) of screening effects.
(D) the force between the nucleus and an electron will no longer be given by Coulomb’s law.

Question. O2 molecule consists of two oxygen atoms. In the molecule, nuclear force between the nuclei of the two atoms
(A) is not important because nuclear forces are short-ranged.
(B) is as important as electrostatic force for binding the two atoms.
(C) cancels the repulsive electrostatic force between the nuclei.
(D) is not important because oxygen nucleus have equal number of neutrons and protons.

Question. For the ground state, the electron in the H-atom has an angular momentum = h, according to the simple Bohr model. Angular momentum is a vector and hence there will be infinitely many orbits with the vector pointing in all possible directions.
In actuality, this is not true,
(A) because Bohr model gives incorrect values of angular momentum.
(B) because only one of these would have a minimum energy.
(C) angular momentum must be in the direction of spin of electron.
(D) because electrons go around only in horizontal orbits.

Question. Assertion (A): Bohr postulated that the electrons in stationary orbits around the nucleus do not radiate.
Reason (R): According to classical Physics, all moving electrons radiate.

Question. Assertion (A): According to Rutherford, atomic model, the path of electron is parabolic.
Reason (R): Rutherford could not explain the stability of atom.

Basic Principle of AAS is the measurement of absorption of radiation by free atoms. The total amount of absorption depends on the number of free atoms present and the degree to which the free atoms absorb the radiation. At the high temperature of the AA flame, the sample is broken down into atoms using an atomizer and it is the concentration of these atoms that is measured.
Sample in the form of solution is used. It is broken up into a fine mist with the help of an atomizer. When the mist reaches the flame, the intense heat breaks up the sample into its individual atoms. When a photon coming out from the hot source hits an atom and the energy of the photon is equal to the gap between two electron energy levels of the atom, then the electron in the lower energy level absorb the photon and jumps up to the higher energy level. If the photon energy does not correspond to the difference between two energy levels, then the photon will not be absorbed (it may be scattered away).
Hence in the spectrum, the wavelength corresponding to the absorbed photons is observed as black lines as shown in the following spectrum of Hydrogen. The dark lines correspond to the frequencies of light those have been absorbed by the sample element.

Using this process, a source of photons (generally a white light) of various energies is used to obtain the absorption spectra of different materials and to identify them.
to analyze metals at very low concentrations, typically in the parts per million (ppm) or parts per billion (ppb) ranges. A liquid sample containing dissolved material whose concentration is to be measured is aspirated into a thin, wide AA flame, or is introduced into a small carbon furnace which is heated to a high temperature.

II. Read the following text and answer the following questions on the basis of the same:
Spectrum Analysis and Astronomy
Each element in the periodic table can appear in gaseous form and produce its own spectrum unique to that element. Hydrogen will not look like Helium, which will not look like carbon which will not look like iron and so on….
Astrophysists can identify what kinds of materials are present in stars from the analysis of star’s spectra. This type of study is called astronomical spectroscopy.
The science of spectroscopy is quite sophisticated.
From spectrum lines analysis astrophysists can determine not only the element, but the temperature and density of that element in the star. The spectral line also can tell us about any magnetic field of the star.
The width of the line can tell us how fast the material is moving. We can learn about winds in stars from this. The shifting of spectral lines shift back and forth indicates that the star may be orbiting another star.
The following table shows a rough guide for the relationship between the temperature of a star and the electromagnetic spectrum.

If the spectrum of a star is red or blue shifted, then it can be used to infer its velocity along the line of sight. Edwin Hubble observed that more distant galaxies tended to have more red shifted spectra.
This establishes the theory of expansion of the universe.

Question. The lines in a star’s spectrum is found to shift back and forth. What conclusion may be drawn from this observation?
(A) The star may be orbiting another star
(B) There may be a storm in the star
(C) The star may be rotating at a very high speed
(D) None of the above

Question. From the spectrum analysis the following information of a star can be obtained.
(A) Elements present, temperature
(B) magnetic field, density, mass
(C) distance of the star
(D) Both (A) and (B)

Question. Assertion (A): Large angle of scattering of a-particles led to the discovery of atomic nucleus.
Reason (R): Entire positive charge of atom is concentrated in the central core.

Question. Assertion (A): Bohr’s postulate states that the electrons in stationary orbits around the nucleus do not radiate.
Reason (R): According to classical physics, all moving electrons radiate.

Question. Assertion (A): In the Bohr model of the hydrogen, atom, v and E represent the speed of the electron and the total energy of the electron respectively. Then v/E is proportional to the quantum number n of the electron.
Reason (R): v \ n and E ∞ n–2

Question. Assertion (A): When a hydrogen atom emits a photon in transiting for n = 4 to n = 1, its recoil speed is about 4 m/s.

Question. Assertion (A): Electrons in the atom are held due to coulomb forces.
Reason (R): The atom is stable only because the centripetal force due to Coulomb’s law is balanced by the centrifugal force.

Question. Assertion (A): Bohr’s third postulate states that the stationary orbits are those for which the angular momentum is some integral multiple of h/2π.
Reason (R): Linear momentum of the electron in the atom is quantised.

Question. Assertion (A): The total energy of an electron revolving in any stationary orbit is negative.
Reason (R): Energy can have positive or negative values. 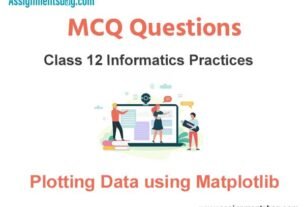 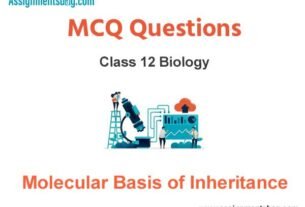