Question. Which project of Ebright won first prize in the county science fair?
Ans. Ebright didn’t win anything at his first science fair, thereby realizing that actual experiments alone worked. Later, he started winning prizes. Ebright with his scientist friend first built a device that showed that the tiny gold spots on a monarch pupa were producing a hormone necessary for the butterfly’s full development. This project won the first prize in the county science fair and third prize in zoology in the International science fair.

Question. What idea did Ebright get when he was looking at the X-ray photos of cells?
Ans. One day, Ebright was seeing the X-ray photos of the chemical structure of cells. He got the idea for his new theory about cell life. Those photos provided him with the answer to one of biology’s puzzles: how the cell can ‘read’ the blueprint of its DNA.

Question. ’Success is failure turned inside out’. Prove the above statement with instances from the journey taken by Richard Albright from losing at the science fair to winning at the international fair.
Ans. Success is the fruit of failure. It never comes straight but through failure. This can be seen in the life of Richard Albright. Although he earned top grades in school, on everyday things he was just like every other kid. He faced many failures in his life but every failure strengthened his will to succeed.
When he was in seventh grade he participated in County Science Fair with his slides of frog tissues.
But he could not win a prize. This made him determined to win the prize and in his eighth grade, he again participated in the science fair with the experiment of viral disease in monarch caterpillars and won the prize. The very next Year he participated with his experiment of whether viceroy butterflies copy the monarch butterflies in order to save their life from the birds and this project won Albright, third prize in overall county science fair.
His experiment regarding gold spots of monarch liar which he built a device that showed. That the spots produced hormones necessary for the full development of butterflies won third prize in international science and engineering fair.
Next year his advanced experiments on the monarch pupa won him first place at the international science fair. Thus, for Richard Albright, we can say that success is failure turned inside out.

Question. What other interests, besides science did Richard Ebright pursue? Why did Ebright respect and praise his Social Studies teacher so much?
Ans. No doubt, first and foremost, Richard Ebright was a scientist. He was interested in science, he first began to collect butterflies. But this scientist found time for other interests too. He was a man of many parts — a multifaceted genius. Not only did he collect butterflies but also took a deep interest in other activities. He collected rocks, fossils, and coins. He became an eager astronomer. He would indulge in star-gazing sometimes all night. Ebright also became a champion debater and public speaker. In this field, his Social Studies teacher turned Ebright’s tremendous energy towards the Debating and Model United Nations Clubs. He was a good canoeist and all-around outdoors-person. He was also an expert photographer. He excelled in nature and scientific exhibits. In brief, besides being a remarkable scientist, Richard Ebright enjoyed all pleasures, adventures, hobbies and entertainments that a happy and civilised living provided to him. 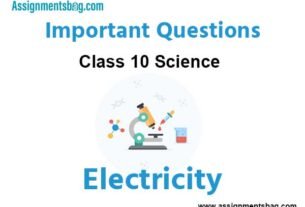