Question. Dryopithecus are an example of
(a) Reptiles
(B) Aves
(c) Amphibians
(D) Primates

Question. Which of the following is incorrect?
(a) Tyrranosaurus rex was aabout 20 feet in height
(b) Tyrranosaurus rex belonged to the class reptilian
(c) Ramapithecus were hairy and walked like gorillas
(d) Dryopithecus existed 15 million years ago

Question. Fossil discovered in java in 1981 was of
(A) Homo habilis
(B) Homo erectus
(C) Australopithecines
(D) Homo sapiens

Question. Random change in allele frequency in a gene pool due to chance is known as
(a) Gene migration
(b) Gene flow
(c) Genetic drift
(d) Gene exchange

Question. When more character acquires value other than the mean character value, such a natural selection leads to
(a) Stabilization
(b) Directional charge
(c) Disruption
(d) None of these

Question. Which of the following animal evolved as first amphibians?
(a) Thecodonts
(b) Lobefins
(c) Sauropsids
(d) Therapsids

Question. Reptiles were different from amphibians in lacking
(a) Soft shelled eggs
(b) Thick shelled eggs
(c) Vivipary
(d) None of these

Question. Example of fish like reptile is
(a) Dinosaurs
(b) Ichthyosaurs
(c) Tyrannosaurus
(d) Therapsids

Question. If the frequency of one allele is ‘p’ and for another, it is ‘q’ for one gene, what will be the formula to calculate allele frequency in future generations according to Hardy–Weinberg genetic equilibrium?
Answer. (p+q)2 = p2 + 2pq + q2 = 1

Question. Name the common ancestor of the great apes and man.
Answer. Dryopithecus/Ramapithecus

Question. Explain antibiotic resistance observed in bacteria in light of Darwinian selection theory.
Answer. Darwinian theory of natural selection states that environment selects organisms with favourable variation and these organisms thus survive and reproduce. It is observed when bacterial populations are exposed to certain antibiotic, the sensitive bacteria could not tolerate and hence died due to the adverse environment. Whereas some bacteria that developed mutation became resistant to the particular antibiotic and survived. As a result such resistant bacteria survive and multiply quickly as compared to other sensitive bacteria. So, the whole population is regained by multiplication of resistant variety and antibiotic resistant gene becomes widespread in the
bacterial population.

Question. How can you suggest that biochemistry gives evidence for organic evolution?
Answer. In the same species or group of organisms, similar type of proteins are found, thus supporting organic evolution.

Question. State the significance of the study of fossils in evolution.
Answer. Fossils represent extinct organisms. They show life forms restricted to certain geological time spans existing in the past. Show ancestry of present day organisms are connecting links between two groups of organisms. (Any one)

Question. What is founder effect?
Answer. Sometimes the change in allele frequency is so different in the new sample of population that they become a different species. The original drifted population becomes founder and the effect is called founder effect.

Question. Mention the type of evolution that has brought the similarity as seen in potato tuber and sweet potato.
Answer. Convergent evolution

Question. Select two pairs from the following which exhibit divergent evolution. Give reasons for your answer.
(i) Forelimbs of Cheetah and mammals
(ii) Flippers of dolphins and penguins
(iii) Wings of butterflies and birds
(iv) Forelimbs of whales and mammals
Answer . (i) and (iv) exhibit divergent evolution.
There pairs have similar anatomical structure or origin but perform different functions.

Question. Describe the experiment that helped Louis Pasteur to dismiss the theory of spontaneous generation of life.
Answer. Two pre-sterilised flasks with killed yeast were taken. One of the flask was sealed, and the other was open to air. Differential growth of life were observed in the two flasks. Life was found only in the open flask. (img 279)

Question. If abiotic origin of life is in progress on a planet other than earth, what should be the condition there? Explain.
Answer. The atmosphere will be reducing, i.e., no free oxygen will be present. There must be continuous supply of energy like that from lightning, thunder, volcanic eruption and stellar radiation. The presence of autocatalyst or self-replicating molecules is essential.

Question. How do homologous organs represent divergent evolution? Explain with the help of a suitable example.
Answer. Organs with similar structure or same origin developed along different directions due to adaptation or different needs, to perform different functions are called homologous organs.
For example, the fore limbs of some animals (Vertebrates) like whales, bats, cheetah and human have similar anatomical structure (i.e., humerus, radius, ulna, carpals, metacarpals and phalanges) develop differently to meet different need and to perform different functions.

Answer. (a) Lobefins, frogs, salamanders, reptiles
(b) Reptiles are more successful than amphibians as:
(i) reptiles lay eggs on land.
(ii) reptiles lay thick shelled eggs which do not dry up in sun unlike those of amphibians.

Question. Gene flow occurs through generations and can occur across language barriers in humans. If we have a technique of measuring specific allele frequencies in different population of the world, can we not predict human migratory patterns in pre-history and history? Do you agree or disagree? Provide explanation to your answer.
Answer. Yes, I agree. Gene flow occurs through generations. By studying specific allele frequencies, we can predict the human migratory patterns in pre-history and history. Studies have used specific genes/chromosomes/mitochondrial DNA to trace the evolutionary history and migratory patterns of humans. (The project is known as the Human Genographics Project).

Question. (a) Select the analogous structures from the combinations given below:
(i) Forelimbs of whales and bats
(ii) Eyes of octopus and mammals
(iii) Tuber of sweet potato and potato
(iv) Thorns of Bougainvillea and tendrils of Cucurbita.
(b) State the kind of evolution they represent.
Answer. (a) (ii) and (iii) are analogous structures.
(b) Convergent evolution.

(b) When more than one adaptive radiation occurs in an isolated geographical area (representing different habitats), it can be called as convergent evolution.
For example, similarity between some individual members of placental mammals and marsupial mammals argues strongly that they are the result of convergent evolution. These animals have similar forms because of evolution in different, isolated areas because of similar selective pressures in similar environments. This means marsupials in Australia resemble placental mammals in the rest of the world. They evolved in isolation after Australia separated from other continents.

Question. Name and explain the evolutionary concept represented in the illustration given below:

Question. (a) Explain Darwinian theory of evolution with the help of one suitable example. State the two key concepts of the theory.
(b) Mention any three characteristics of Neanderthal man that lived in near east and central  Asia.
Answer. (a) According to Darwin, evolution took place by selection. The rate of appearance of new forms is linked to the life cycle at the life span. Some organisms are better adapted to survive in an otherwise hostile environment (Survival of the fittest). For example, antibiotic resistance in bacteria. When a bacterial population was grown on an agar plate containing antibiotic penicillin, the colonies sensitive to penicillin died, whereas the ones resistant to penicillin survived due to adaptation.
Key concepts of the theory are
(i) Branching descent
(ii) Natural selection
(b) Characteristics of Neanderthal man:
(i) Their brain size was 1400 cc.
(ii) They used hides to protect their bodies.
(iii) They buried their dead.

Question. Anthropogenic action can hasten the evolution. Explain with the help of a suitable example.
Answer. Excessive use of herbicides, pesticides, etc., has only resulted in selection of resistant varieties in a much lesser time scale which is equally true for microbes against which we employ antibiotics or drugs against eukaryotic organisms/cells. As a result of which resistant organisms/cells are appearing in a time scale of months or years and not centuries. For example, when DDT was used for the first time, maximum mosquitoes died but few survived due to variation in the population.
These mosquitoes showed resistance to DDT and survived to reproduce successfully in the presence of DDT and gradually such mosquito population became DDT resistant, following natural selection.

The example depicts convergent evolution. It is named so, because more than one adaptive radiation occurred in isolated geographical area.

Question. Describe the three different ways by which Natural Selection can affect the frequency of a heritable trait in a population.
Answer. Factors Affecting Hardy–Weinberg Equilibrium
• Gene migration or gene flow: When individuals migrate to another place or population, new genes or alleles are added to new population and are lost from old population, in turn changing the frequencies. When gene migration occurs many times, it is called gene flow.
• Genetic drift: Changes occurring in frequencies by chance is called genetic drift. Sometimes, due to changes in allele frequency in new population, some form a different species. This effect is called founder effect and the original drifted population is called founder.
• Mutation: Advantageous mutations lead to new phenotypes and over few generations, result in speciation.
• Genetic recombination: During gametogenesis, variations due to recombination result in new phenotypes.
• Natural selection: Heritable variations that enable survival of the fittest will leave greater number of progeny. Natural selection can have following three effects:

Question. According to Darwinian theory of natural selection the rate of appearance of new forms is linked to the life-cycle or the life-span of an organism. Explain with the help of an example.
Answer. A colony of bacteria (say A) growing in a given medium has built in variation in terms of ability to utilise a feed component, a change in the medium composition would bring out only that part of the population(say B) that can survive under the new conditions.
In due course of time this variant population outgrows the others and appears as new species, thus organisms with shorter life-cycle or life-span will undergo evolution faster. For the same thing to happen in fish or fowl it would take millions of years as life spans of these animals are in years.

Question. How does industrial melanism support Darwin’s theory of Natural Selection? Explain.
Answer. Before industrial evolution the environment was unpolluted. The lichens on the barks of trees were pale. The white-winged moths could easily camouflage, while the dark-winged were spotted out by the birds for food. Hence, they could not survive. After industrial revolution the lichens became dark (due to soot deposit). This favoured the dark-winged moths while the white-winged were picked by birds. The population of the former which was naturally selected increased.

Question. p2 + 2pq + q2 = 1. Explain this algebraic equation on the basis of Hardy Weinberg’s principle.
Answer. In a diploid if p represents the frequency of allele A and q represents the allele frequency of a, then frequency of AA individuals in a population is p2. Similarly of aa is q2 and of Aa is 2pq. Hence p2 + 2pq + q2 = 1. This is a binomial expansion of (p+q)2.
According to Hardy–Weinberg principle, total genes and their alleles in a population or gene pool remains constant. This is called genetic equilibrium. Sum total of all the allelic frequencies is 1 [p+q = 1/(p+q)2 = 1].

Question. (a) State Oparin–Haldane’s hypothesis.
(b) How does S.L. Miller’s experiment supports it?
Ans. (a) Oparin-Haldane’s hypothesis states that life could have come from pre-existing non-living organic molecules and that formation of life was preceded by chemical evolution.
(b) 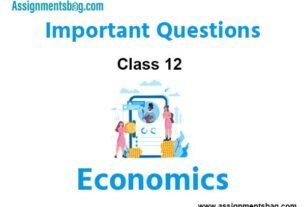 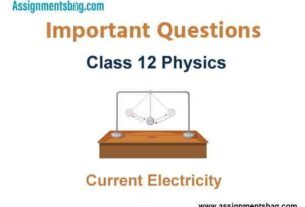