Please refer to the Environmental Chemistry Revision Notes given below. These revision notes have been designed as per the latest NCERT, CBSE and KVS books issued for the current academic year. Students will be able to understand the entire chapter in your class 11th Chemistry book. We have provided chapter wise Notes for Class 11 Chemistry as per the latest examination pattern.

ENVIRONMENTAL CHEMISTRY :
Environmental chemistry deals with the study of the origin,transport,reactions,effects,fates of chemical species in the environment.

ENVIRONMENTAL POLLUTION:
Environmental pollution is the effect of undesirable changes in our surroundings that have harmful effects on plants , animals and human beings.A substance which causes pollution is called a  pollutant. they can be solid,liquid or in the gaseous state.

ATMOSPHERIC POLLUTION:
The atmosphere that surrounds the earth is not of the same thickness at different heights.Atmospheric pollution is generally studied as tropospheric and stratospheric pollution.The ozone layer prevents about 99.5%of the sun’s UV rays.

TROPOSPHERIC POLLUTION:
Tropospheric pollution occurs due to the presence of undesirable solid or gaseous particles in the air. The following are the major gaseous and particulate pollutants present in the troposphere;
Gaseous air pollutants:These are oxides of sulphur, nitrogen and carbon, hydrogen sulphide, hydrocarbons, ozone and other oxidants.
Particulate pollutants; these are dust, mist, fumes, smoke, smog etc

GLOBAL WARMING AND GREENHOUSE EFFECT:
About 75% of the solar energy reaching the earth is absorbed by the earth’s surface,which increases it’s temperature . The rest of the heat radiates back to the atmosphere.Some of the heat is trapped by the gases such as carbon dioxide methane,ozone,CFCS and Water vapour.they add to the heating of the atmosphere causing Global warming.
In a greenhouse,visible light passes through the transparent glass and heats up the soil and the plants.The warm soil and plants emit infrared rays,it partly reflects and partly absorbs these radiations,this mechanism keeps the energy of the sun trapped in the greenhouse.

ACID RAIN:
When the pH of the rain water drops below5.6, it is called acid rain.Acid rain is harmful for agriculture, trees and plants as it dissolves and washes away nutrients needed for their growth. It causes respiratory ailments in human beings and animals. When acid rain falls and flows as ground water to reach rivers, lakes etc. it affects plants and animal life in aquatic ecosystem

SMOG:
The word smog is derived from smoke and fog.There are two types of smog:classical and photochemical smog. Classical smog occurs in cool humid climate. It is a mixture of smoke, fog and sulphur dioxide. It is also called reducing smog. Whereas photochemical smog occurs in warm and dry sunny climate. It has high concentration of oxidizing agents and therefore ,it is also called as oxidizing smog

EFFECTS OF DEPLETION OF THE OZONE LAYER:
With the depletion of ozone layer, more UV radiation filters into troposphere. UV radiations lead to ageing of skin, cataract, sunburn, skin cancer, killing of many phytoplanktons, damage to fish productivity etc

WATER POLLUTION:
contamination of water by foreign substances which make it harmful for health of animals or plants or aquatic life and make it unfit for domestic, industrial and agriculture use.

EUTROPHICATION:
The process in which nutrient enriched water bodies support a dense plant population, which kills animal life by deprivingit of oxygen and results in subsequent loss of biodiversity is known as Eutrophication

BOD:
The amount of oxygen required by bacteria to break down the organic matter present in a certain volume of a sample of water, is called Biochemical Oxygen Demand (BOD) 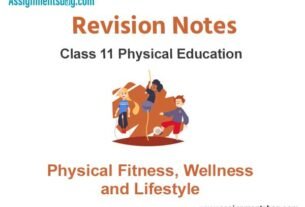 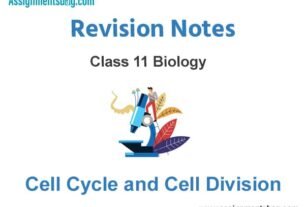