This section consists of 25 multiple choice questions with overall choice to attempt any 20 questions. In case more than desirable number of questions are attempted, ONLY first 20 will be considered for evaluation.

Q. 5. An electron and a proton are accelerated with the same potential. Which one of them higher velocity
(A) electron
(B) proton
(C) both have same velocity
(D) velocity will be zero

Q. 6. Dielectric constant in terms of capacitance of capacitor

Q. 7. When the plates of a charged parallel-plate capacitor are brought closer, the potential difference between the plates
(A) decreases
(B) increases
(C) remain same
(D) becomes zero

Q. 12. A bar magnet is cut into two equal parts by a plane parallel to the magnetic axis. Which physical quantities remain unchanged?
(A) magnetic moment
(B) pole strength
(C) intensity of magnetization
(D) none of these

Q. 13. Direction of magnetic dipole moment
(A) north to south
(B) south to north
(C) east to west
(D) west to east

Q. 14. A moving conductor coil produced an induced e.m.f., this statement is according to which law
(A) Coulomb’s law
(B) Faraday’s law
(C) Lenz’s law
(D) Ampere’s law

Q. 15. A cylindrical bar magnet is kept along the axis of circular coil. On rotating a magnet about its axis, the coil will have induced
(A) a current
(B) an e.m.f.
(C) both (A) and (B)
(D) no current

Q. 16. Production of induced e.m.f. in a coil due to the change of current in the same coil is
(A) self-induction
(B) mutual-induction
(C) dynamo
(D) none of these

Q. 19. Magnetic needle is kept in a non-uniform magnetic field experience
(A) a force as well as a torque
(B) a torque but not a force
(C) a force and a torque
(D) a force but not a torque

Q. 21. ABC is an equilateral triangle. Charges +q are placed at each corner. The electric intensity at O will be :

Q. 22. Three capacitors are connected to D.C. source of 100 volts shown in the adjoining figure. If the charge accumulated on plates of C1, C2 and C3 are qa, qb, qc, qd, qe and qf respectively, then :

Q. 24. Two different wire loops are concentric and lie in the same plane. The current in the outer loop is clockwise and increase with time. The induced current in the inner loop is
(A) anti-clockwise
(B) clockwise
(C) zero
(D) in a direction depending on the ratio of loop radii

Q. 25. The r.m.s.value of potential difference V in the following figure is

This section consists of 24 multiple choice questions with overall choice to attempt any 20 questions. In case more than desirable number of questions are attempted, ONLY first 20 will be considered for evaluation.

Q. 27. Electric flux emerging out one face of the cube, if a charge Q is placed at the centre of cube, is

Q. 28. The electric field in the free space between the sheets is

Q. 29. A parallel plate capacitor is charged to a potential difference V by a DC source and then disconnected. If the distance between the plates is doubled. Capacitance will change to ___________ of initial capacitance.
(A) Half
(B) Double
(C) remain same
(D) four times

Q. 33. In an adjoining figure are shown three capacitors C1, C2 and C3 joined to a battery. The correct condition will be (Symbols have their usual meanings) :

Q. 36. If an unaccelerated charged particle enters in a region having electric field and magnetic field

Q. 45. Assertion (A): Coulomb force on any charged particle is the vector sum of the forces experienced on that charge due to other charges.
Reason (R): Coulomb force between two charges depends on the magnitude of two-point charges and the distance between them

Q. 46. Assertion (A): When conducting slab is completely filled between the space of parallel plate capacitors, its capacitance becomes infinite.
Reason (R): Electric field inside a conductor is zero resulting in a zero potential difference between the plates.

Q. 47. Assertion (A): Voltmeter measure the emf of a cell when it is connected across the terminal of cell.
Reason (R): Terminal potential is given by V = E – ir.

Q. 48. Assertion (A): A compass needle when placed at Earth’s magnetic pole rotates in vertical plane.
Reason (R): The Earth has only vertical component of its magnetic field at the poles.

This section consists of 6 multiple choice questions with an overall choice to attempt any 5. In case more than desirable number of questions are attempted, ONLY first 5 will be considered for evaluation.

Q. 50. In the V-I graph for a given metallic wire at two different temperatures T1 and T2 are shown in figure. The relationship between T1 and T2 is

Q. 51. The given figure represents the material which is

Read the following text and answer the questions
Electric potential at a point is defined as the amount of work done in bringing a unit positive charge from infinity to that point.
So, electric potential = work done divided by the amount of charge moved.
Negative charges move from lower to higher potential. Positive charges move from higher to lower potential.
Charges gain energy while moving through a potential difference. If an electron is accelerated from rest through a potential difference of 1V, it gains 1 eV energy. 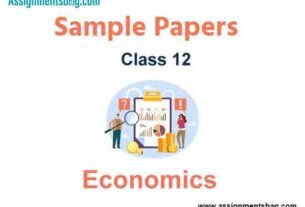