2. Define retail trading.
Answer: This is the business activity concerned with the sale of goods directly to the consumers. Most of the retail trading takes place in fixed establishments or stores solely devoted to selling.

3. Differentiate between transport and communication.

Differentiate between rural marketing centre and periodic markets in rural areas.
Answer: Transport is a service or facility by which people, materials and manufactured goods are physically carried from one location to another while Communication services involve the transmission of words and messages, facts and ideas.

Rural marketing centres cater to nearby settlements. These are quasi-urban centres. They serve as trading centres of the most rudimentary type while Periodic markets in rural areas are found where there are no regular markets and local periodic markets are organised at different temporal intervals. These may be weekly, biweekly markets from where people from the surrounding areas meet their temporally accumulated demand.

4. Read the source given below and answer the questions that follows:
‘Concept of High Technology Industry’
High technology, or simply high-tech, is the latest generation of manufacturing activities. It is best understood as the application of intensive research and development (R and D) efforts leading to the manufacture of products of an advanced scientific and engineering character. Professional (white collar) workers make up a large share of the total workforce. These highly skilled specialists greatly outnumber the actual production (blue collar) workers. Robotics on the assembly line, computer-aided design (CAD) and manufacturing, electronic controls
of smelting and refining processes, and the constant development of new chemical and pharmaceutical products are notable examples of a high-tech industry

4.1. What do you understand by the high technology industry?
Answer: High technology, or simply high-tech, is the latest generation of manufacturing activities. It is best understood as the application of intensive research and development (R and D) efforts leading to the manufacture of products of an advanced scientific and engineering character.

4.3. What are the main characteristics features of high-tech industry?
Answer: Robotics on the assembly line, computer-aided design (CAD) and manufacturing, electronic controls of smelting and refining processes, and the constant development of new chemical and pharmaceutical products are notable examples of a high-tech industry

5. Evaluate the importance of The Northern Atlantic Sea Route in promoting international trade in the world.
Answer: (i) The Northern Atlantic Sea Route links North-eastern U.S.A. and Northwestern Europe, the two industrially developed regions of the world.
(ii) The foreign trade over this route is greater than that of the rest of the world combined. One fourth of the world’s foreign trade moves on this route. It is, therefore, the busiest in the world and otherwise, called the Big Trunk Route.
(iii) Both the coasts have highly advanced ports and harbour facilities.

6. Pipelines are the most convenient and efficient mode of transporting liquids and gases over long distances. Elaborate the statement with three suitable examples.

Evaluate the role and importance of national highways in the economic development of India?
Answer: (i) Pipelines are the most convenient and efficient mode of transporting liquids and gases over long distances.
Even solids can also be transported by pipelines after converting them into slurry.
(ii) Oil India Limited (OIL) under the administrative set up of the Ministry of Petroleum and Natural Gas is engaged in the exploration, production and transportation of crude oil and natural gas.
(iii) It was incorporated in 1959 as a company. Asia’s first cross country pipeline covering a distance of 1,157 km was constructed by OIL from Naharkatiya oilfield in Assam to Barauni refinery in Bihar. It was further extended up to Kanpur in 1966.
(iv) Another extensive network of pipelines has been constructed in the western region of India of which Ankleshwar-Koyali, Mumbai HighKoyali and Hazira-Vijaipur-Jagdishpur (HVJ) are most important. Recently, a 1256 km long pipeline connecting Salaya (Gujarat) with Mathura (U.P.) has been constructed.

7. What do you mean by the tourism? Discuss the importance of tourism as a service.
Answer: Tourism is travel undertaken for purposes of recreation rather than business. Its importance can be discussed in the following points:
(i) It has become the world’s single largest tertiary activity in total registered jobs (250 million) and total revenue (40 per cent of the total GDP).
(ii) Besides, many local persons are employed to provide services like accommodation, meals, transport, entertainment and special shops serving the tourists.
(iii) Tourism fosters the growth of infrastructure industries, retail trading, and craft industries (souvenirs).
(iv) In some regions, tourism is seasonal because the vacation period is dependent on favorable weather conditions, but many regions attract visitors all the year round.

8. Discuss the major problems associated with urban waste disposal in cities and towns in India

What is water pollution? Discuss how the industries are responsible for water pollution?
Answer: (i) Environmental pollution by solid wastes has now got significance because of enormous growth in the quantity of wastes generated from various sources. Solid waste refers to a variety of old and used articles, for example stained small pieces of metals, broken glassware, plastic containers, polythene bags, ash, floppies, CDs, etc., dumped at different places.
(ii) These discarded materials are also termed as refuse, garbage and rubbish, etc., and are disposed of from two sources: (a) household or domestic establishments, and (b) industrial or commercial establishments. The household wastes are disposed off either on public lands or on private contractors’ sites whereas the solid wastes of industrial units are collected and disposed off through public (municipal) facilities at low lying public grounds (landfill areas).
(iii) The huge turnout of ashes and debris from industries, thermal power houses and building constructions or demolitions have posed problems of serious consequences. Solid wastes cause health hazard through creation of obnoxious smell, and harbouring of flies and rodents, which act as carriers of diseases like typhoid, diphtheria, diarrhoea, malaria and cholera, etc. These wastes cause frequent nuisance as and when these are carelessly handled, spread by wind and splittered through rain water.
(iv) Concentration of industrial units in and around urban centres gives rise to disposal of industrial wastes. The dumping of industrial waste into rivers leads to water pollution. River pollution from city-based industries and untreated sewage leads to serious health problems downstream.
(v) Urban waste disposal is a serious problem in India. In metropolitan cities like Mumbai, Kolkata, Chennai, Bengaluru, etc., about 90 per cent of the solid waste is collected and disposed. But in most of other cities and towns in the country, about 30 to 50 per cent of the waste generated are left uncollected which accumulate on streets, in open spaces between houses and in wastelands leading to serious health hazards.

9. Write a short note on Hill Area Development Programme. How does this programme is helpful in the development of the hill area of the country?
Answer: (i) Hill Area Development Programmes were initiated during Fifth Five Year Plan covering 15 districts comprising all the hilly districts of Uttar Pradesh (present Uttarakhand), Mikir Hill and North Cachar hills of Assam, Darjiling district of West Bengal and Nilgiri district of Tamil Nadu.
(ii) The National Committee on the Development of Backward Area in 1981 recommended that all the hill areas in the country having height above 600 m and not covered under tribal sub-plan be treated as backward hill areas.
(iii) The detailed plans for the development of hill areas were drawn keeping in view their topographical, ecological, social and economic conditions.
(iv) These programmes aimed at harnessing the indigenous resources of the hill areas through development of horticulture, plantation agriculture, animal husbandry, poultry, forestry and small-scale and village industry. 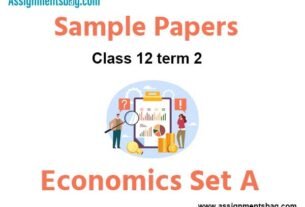