Group VII A elements are strong non-metals because they can easily accept an electron to form an anion whereas group 1 A element are strong metals because they can very easily lose one electron to form cation. Metals have the tendency to lose their valence electrons and form positive ions, so metallic character is related to the ionisation potential. Elements having low ionisation potential, lose electrons easily. Thus, metallic character generally decreases across a period and increases down a group.

Question. The non metallic character on moving along a period –
(a) increases
(b) decreases
(c) depends on the period
(d) remains the same

Question numbers 1 – 3 are based on the periodic table. Study the part of the modern periodic table presented below in which the alphabets represent the symbols of elements and answer the following questions.

Question. Study the data of the following three categories A, B and C.

(i) From the given three categories A, B and C, Pick the one which forms Dobereiner’s Triads.

(ii) Why did Mendeleev placed elements of category A, B and C in three different groups?

(iii) Is Newland law of octaves applicable to all the three categories?

Question. Consult the above part of the periodic table to predict which of the given combination is a covalent compound: RQ2, AT, JQ, JX2.

Question. Considering the above part of the periodic table, which of the given element is the most electropositive element?

Question. Which of the given element is the most electronegative element?

Read the passage and answer the questions given below :
Mendeleev was a Russian chemist, who contributed the most for the development of periodic table of elements wherein the elements were arranged on the basis of their fundamental property, the atomic mass and also on the similarity of chemical properties.
Only 63 elements were known at his time. He arranged the 63 elements in the increasing order of their atomic masses and found that there was a periodic recurrence of elements with similar physical and chemical properties. He observed that elements with similar properties fall in the same vertical column. These vertical columns are called groups and horizontal rows of elements are called periods. Mendeleev predicted the existence of certain elements not known at that time and named two of them as Eka-silicon and Eka-aluminium

Question. The elements eka aluminium and eka silicon discovered by Mendeleev later found place in periodic table. Both of these elements belong to:
(a) Period 2
(b) Group 13
(c) Group 14
(d) Period

Question. How do we classify these newly discovered elements (eka-aluminium and eka-silicon)?
(a) Metals
(b) Non metals
(c) Metalloids
(d) Inert gases

Question. Mendeleev arranged the periodic table on the basis of which fundamental property?
(a) Atomic mass
(b) Atomic number
(c) Number of neutrons
(d) Valence electrons

Using the given part of the periodic table, answer the questions given below :

Question. Identify the elements which have similar chemical properties as the element X.
(a) Y and Z.
(b) Y and B
(c) All Y, Z and B
(d) None of these

Read the passage and answer the questions given below :
Atoms of eight elements A, B, C, D, E, F, G and H have the same number of electronic shells as K, L and M. But are different in their outermost shells.
It was found that elements A and G combine to form an ionic compound which can also be extracted from sea water. Oxides of the elements A and B are basic in nature while those of E and F are acidic. The oxide of elements D is almost neutral.

Question. Which one of the following is most likely to be found in gaseous state at room temperature ?
(a) A
(b) H
(c) D
(d) B

From the following table of the periodic table, answer the questions given:

Question. Which of the following element belongs to group 2?
(a) Sodium
(b) Magnesium
(c) Aluminium
(d) Carbon

Question. Which other element is likely to present in the group in which fluorine is present?
(a) Neon
(b) Aluminium
(c) Chlorine
(d) None of the above

Question. Which of the following has highest electronegativity?
(a) F
(b) Cl
(c) Br
(d) I 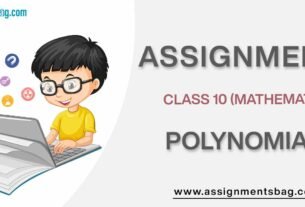 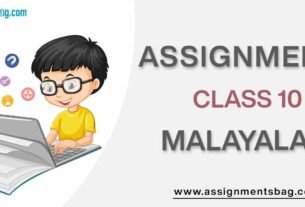