Read the passage and answer the given questions.
A homologous series is a series of organic compounds which belong to the same family (i.e. possess same functional group) and show similar chemical properties. The members of this
series are called homologous and differ from each other by the number of CH2 units in the main carbon chain.

Question. Which of the following is not the property of a homologous series ?
(a) They show similar chemical properties.
(b) They differ by 14 units by mass.
(c) They all contain double bond
(d) They can be represented by a general formula.

Question. Which of the following represent the name and formula of the 2nd member of homologous series having general formula CnH2n +2 ?
(a) Methane CH4
(b) Ethane C2H6
(c) Ethene C2H4
(d) Ethyne C2H6

Question. The chemical properties of which of the following compounds is similar to the butane ?
(a) Butyne
(b) Propene
(c) Propyne
(d) Pentane

Read the given passage and answer the questions given below :
Carbon has the unique property to form bonds with other atoms of carbon.

Question. Write the name and structure of a saturated compound in which 6 carbon atoms are arranged in a ring.
(a) Hexane
(b) Cyclohexane
(c) Pentane
(d) Cyclopentane

Question. Name the characteristic property of carbon as depicted in the fig.
(a) Catenation
(b) Polymerisation
(c) Isomerisation
(d) None of the above.

Question. Carbon forms large number of compounds due to :
(a) Catenation only
(b) Tetravalency only
(c) Both catenation and tetravalency
(d) None of the above

Question. What is the molecular formula of the 5th member of the homologous series of carbon compounds is represented by the general formula CnH2n+1OH ?
(a) C5H10
(b) C5H11OH
(c) C5H12OH
(d) C5H11CHO

Reactions in which an atom or a group of atoms is replaced by some other atom or another group of atoms without causing any change in the structure of the remaining part of the molecule, are called substitution reactions. All organic compounds containing double or triple bonds give addition reactions, i.e., alkenes, alkynes and aromatic hydrocarbons give addition reactions. Reactions in which the compounds react with oxygen and form carbon dioxide and water is known as combustion reaction. This process occurs with release of great amount of heat.

The given diagram represent an experiment in which a test tube contains 1 mL of ethanol (absolute alcohol) and 1 mL glacial acetic acid along with a few drops of concentrated H2SO4. Observe the diagram and answer the following questions.

Question. Why reverse of this reaction is known as saponification reaction?

Question. Name the type of reaction taking place in this experiment.

Question. Give two uses of the resulting product.

Food, clothes, medicines, books, or many of the things are all based on this versatile element carbon. In addition, all living structures are carbon based. The earth’s crust has only 0.02% carbon in the form of minerals. The element carbon occurs in different forms in nature with widely varying physical properties. Both diamond and graphite are formed by carbon atoms, the difference lies in the manner in which the carbon atoms are bonded to one another. Carbon has the unique ability to form bonds with other atoms of carbon, giving rise to large molecules. This property is called catenation.

Question. Which one of the following is not an allotrope of carbon?
(a) Soot
(b) Graphite
(c) Diamond
(d) Carborundum

QuestionFrom the given alternatives, whose chemical and physical properties are not same?
(a) Graphite and Diamond
(b) Phosphorous and Sulphur
(c) Carbon and Hydrogen
(d) Methyl alcohol and Acetic acid

Question. Which of the following statements is not correct?
(a) Graphite is much less dense than diamond
(b) Graphite is black and soft
(c) Graphite has low melting point
(d) Graphite feels smooth and slippery 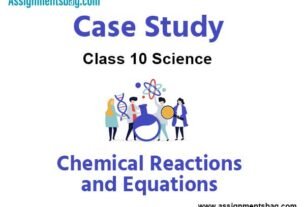 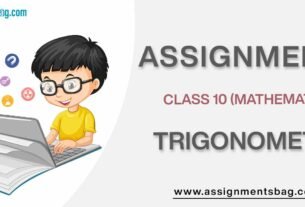