Inside a substance such as glass or water, light travels more slowly than it does in a vacuum. If c denotes the speed of light in a vacuum and v denotes its speed through some other substance, then v = c/n where n is a constant called the index of refraction. To good approximation, a substance’s index of refraction does not depend on the wavelength of light. For instance, when red and blue light waves enter water, they both slow down by about the same amount. More precise measurements, however, reveal that n varies with wavelength. Table presents some indices of refraction of Custon glass, for different wavelengths of visible light. A nanometer (nm) is 10–9 meters. In a vacuum, light travels as c = 3.0 × 108 m/s

Question. Which of the following phenomena happens because n varies with wavelength
(a) A lens focuses light
(b) A prism breaks sunlight into different colors
(c) Total internal reflections ensures that light travels down a fiber optic cable
(d) Light rays entering a pond change direction at the pond’s surface

A 5.0 cm tall object is placed perpendicular to the principal axis of a convex lens of focal length 20 cm. The distance of the object from the lens is 30 cm.

Light travels through a vacuum at a speed c = 3 × 108 m/s. It can also travel through many materials, such as air, water and glass. Atoms in the material absorb, reemit and scatter the light, however. Therefore, light travels through the material at a speed that is less than c, the actual speed depending on the nature of the material. To describe the extent to which the speed of light in a material medium differs from that in a vacuum, we use a parameter called the index of refraction (or refractive index).

Question. Figure shows a ray of light as it travels from medium A to

Question. A light ray enters from medium A to medium B as shown

in the figure. The refractive index of medium B relative to A will be
(a) greater than unity
(b) less than unity
(c) equal to unity
(d) zero

Question. You are given water, mustard oil, glycerine and kerosene.
In which of these media, a ray of light incident obliquely at same angle would bend the most?
(a) Kerosene
(b) Water
(c) Mustard oil
(d) Glycerine

Question. The path of a ray of light coming from air passing through a rectangular glass slab traced by four students shown as A, B, C and D in the figure. Which one of them is correct?

Rear view mirror is a device that allows the driver to see rear ward. It usually finds its place at the top of windscreen in side the cabin. This device is one of the most basic but essential safety devices in the vehicle. It provides assistance to the driver during overtaking, parking in reverse gear etc. Generally, vehicles also have a pair of mirrors attached to the body from outside. They are popular as ‘side mirrors’ or Outer Rear View Mirrors (ORVM) which serve the same purpose. Almost all modern cars mount their side mirrors on the doorsnormally at A-pillar rather than the wings (the portion of the body above the wheel well).

Question. Linear magnification (m) produced by a rear view mirror fitted in vehicles:
(a) is equal to one
(b) is less than one
(c) is more than one
(d) can be more or less than one depending on the position of object.

Question. A concave mirror cannot be used as:
(a) a magnifying mirror
(b) a torch reflector
(c) a dentist’s mirror
(d) a rear view mirror

Question. A real image of an object is to be obtained.
The mirror required for this purpose is:
(a) convex mirror
(b) concave mirror
(c) plane mirror
(d) either convex or concave mirror

Question. A convex mirror is used:
(a) by a dentist.
(b) for shaving.
(c) as a rear view mirror in vehicles.
(d) as a light reflector for obtaining a parallel beam of light.

An Overhead Projector (OHP), like a film or slide projector; uses light to project an enlarged image on a screen. In the OHP, the source of the image is a page-sized sheet of transparent plastic film (also known as foils) with the image to be projected either printed or hand-written/ drawn. These are placed on the glass surface of the projector, which has a light source below it and a projecting mirror and lens assembly above it as shown in the figure.

Question. Based on the diagram shown, what kind of lens is used to make the overhead projector.
(a) concave lenses
(b) convex lenses
(c) bifocal lenses
(d) flat lenses

A mirror is a surface that reflects a clear image. Images can be of two types: Real image and virtual image. An image that can be formed on the screen is known as a real image and the one which cannot be formed on the screen is known as a virtual image. These images are formed when light falls on a mirror from the object and is reflected back by the mirror on the screen. One useful tool that is frequently used to depict this idea is known as a ray diagram. A ray diagram is a diagram that traces the path that light takes in order for a person to view a point on the image of an object. On the diagram, rays (lines with arrows) are drawn for the incident ray and the reflected ray. A ray diagram used arrow type lines to represent the incident ray and the reflected ray. It also helps to trace the direction in which light travels.

Question. An object is placed beyond 2F, in front of a convex lens, image will be formed:
(a) between F and 2F
(b) at focus
(c) at the centre of curvature
(d) between focus and Optical centre.

Question. An object is placed at focus of a concave mirror, image will be formed at:
(a) focus
(b) between F and C
(c) beyond C
(d) at infinity

Question. A convex lens forms the image of sun at:
(a) C
(b) focus
(c) pole
(d) between focus and pole

Question. Where will the image be formed if he shifts the candle towards the lens at a position of 35 cm?
(a) At focus
(b) Between focus and pole
(c) At infinity
(d) Between F2 and F1

Sumati wanted to see the stars of the night sky. She knows that she needs a telescope to see those distant stars. She finds out that the telescopes, which are made of lenses, are called refracting telescopes and the ones which are made of mirrors are called reflecting telescopes. So she decided to make a refracting telescope. She bought two lenses, L1 and L2, out of which L1 was bigger and L2 was smaller. The larger lens gathers and bends the light, while the smaller lens magnifies the image. Big, thick lenses are more powerful. So to see far away, she needed a big powerful lens. Unfortunately, she realized that a big lens is very heavy. Heavy lenses are hard to make and difficult to hold in the right place. Also since the light is passing through the lens, the surface of the lens has to be extremely smooth. Any flaws in the lens will change the image. It would be like looking through a dirty window.

Question. What is the formula for magnification obtained with a lens?
(a) Ratio of height of image to height of object.
(b) Double the focal length.
(c) Inverse of the radius of curvature.
(d) Inverse of the object distance.

Question. Based on the diagram shown, what kind of lenses would Sumati need to make the telescope?
(a) Concave lenses
(b) Convex lenses
(c) Bifocal lenses
(d) Flat lenses

Question. Sumati did some preliminary experiment with the lenses and found out that the magnification of the eyepiece (L2) is 3. If in her experiment with L2 she found an image at 24 cm from the lens, at what distance did she put the object?
(a) 72 cm
(b) 12 cm
(c) 8 cm
(d) 6 cm 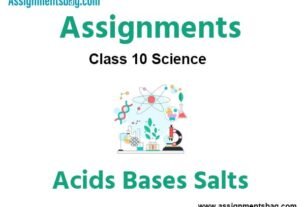