Please refer to Biological Classification Class 11 Biology Important Questions with solutions provided below. These questions and answers have been provided for Class 11 Biology based on the latest syllabus and examination guidelines issued by CBSE, NCERT, and KVS. Students should learn these problem solutions as it will help them to gain more marks in examinations. We have provided Important Questions for Class 11 Biology for all chapters in your book. These Board exam questions have been designed by expert teachers of Standard 11.

Question. Organisms of which of the following kingdom do not have nuclear membrane ?
(a) Protista
(b) Fungi
(c) Monera
(d) Plantae

Question. Which of the following processes are involved in the reproduction of protists ?
(a) Binary fission and budding
(b) Cell fusion and zygote formation
(c) Spore formation and cyst formation
(d) All of the above

Question. Which of the following is an example of amoeboid protozoans ?
(a) Trypanosoma
(b) Paramecium
(c) Gonyaulax
(d) Entamoeba

Question. Which of the following is used extensively in biochemical and genetic work ?
(a) Agaricus
(b) Alternaria
(c) Neurospora
(d) Mucor

Question. Which group of fungi is commonly known as imperfect fungi ?
(a) Phycomycetes
(b) Ascomycetes
(c) Basidiomycetes
(d) Deuteromycetes

Question. The subunit of capsid is called
(a) core
(b) nucleotide
(c) amino acid
(d) capsomere

Question. The symbiotic association between fungi and algae is called
(a) lichen
(b) mycorrhiza
(c) rhizome
(d) endomycorrhiza

Question. Fungi are filamentous with the exception of “X” which is unicellular. Identify X.
(a) Yeast
(b) Albugo
(c) Mucor
(d) Lichen

Question. Which of the following statements is not correct for viruses?
(a) Viruses are obligate parasites.
(b) Viruses can multiply only when they are inside the living cells.
(c) Viruses cannot pass through bacterial filters.
(d) Viruses are made up of protein and DNA or RNA (never both DNA and RNA).

Question. Which of the following statements is not correct for methanogens?
(a) They are archaebacteria.
(b) They live in marshy areas.
(c) Methane is their preferred carbon source.
(d) They are present in guts of several ruminant animals (cow, buffaloes) and produce biogas (CH4) from the dung of these animals.

Question. Which of the following statements is a characteristic feature of chrysophytes?
(a) They are parasitic forms which cause diseases in animals.
(b) They have a protein rich layer called pellicle.
(c) They have indestructible cell wall layer deposited with silica.
(d) They are commonly called dinoflagellates.

Question. Choose the correct statements (i – v) regarding mycoplasma
(i) Mycoplasma has no cell wall.
(ii) Mycoplasma is the smallest living organism known.
(iii) Mycoplasma cannot survive without O2.
(iv) Mycoplasma are pathogenic in animals and plants.
(v) A sort of sexual reproduction occurs in bacterium by adopting a primitive DNA transfer from one bacterium to the other.
(a) Only (iii)
(b) (i), (iii) and (v)
(c) (i), (ii), (iv), and (v)
(d) All of the above

Question. T. O. Diener discovered a new infectious agent that was smaller than viruses and have the following characteristics.
(i) It causes potato spindle tuber disease.
(ii) It has free RNA.
(iii) Molecular weight of RNA is low.
Identify the infections agent.
(a) Viruses
(b) Viroids
(c) Virion
(d) Mycoplasma

Question. Which of the following group of kingdom protista is being described in the statements given below ?
(i) This group includes diatoms and golden algae.
(ii) They are microscopic and float passively in water currents (plankton).
(iii) Most of them are photosynthetic.
(iv) They have deposits in their habitat; this accumulation over billion of years is referred to as ‘diatomaceous earth’.
(a) Dinoflagellates
(b) Chrysophytes
(c) Euglenoids
(d) Slime moulds

Question. Which of the following class of fungi is being described by the given statements ?
(i) They are found in aquatic habitats and on decaying wood in moist and damp places.
(ii) Mycelium is aseptate and coenocytic.
(iii) Asexual reproduction takes place by zoospores (motile) or by aplanospores (non-motile).
(iv) Some common examples are Mucor, Rhizopus and Albugo.
(a) Ascomycetes
(b) Phycomycetes
(c) Basidiomycetes
(d) Deuteromycetes

Question. Read the following statements and answer the question given below
(i) They are saprophytic protists.
(ii) Under suitable conditions, they form an aggregation (called plasmodium) which may grow and spread over several feet.
(iii) During unfavourable conditions, the plasmodium differentiates and forms fruiting bodies bearing spores at their tips.
Which of the following class of protists is being described by the above statements ?
(a) Euglenoids
(b) Dinoflagellates
(c) Slime moulds
(d) Protozoans

Question. Read the following statements and answer the question.
(i) Some members are saprophytes or parasites while a large number of them are decomposers of litter and help in mineral cycling.
(ii) They reproduce only by asexual spores known as conidia.
(iii) Mycelium is septate and branched.
(iv) Alternaria, Colletotrichum and Trichoderma are examples of this class.
Which of the following class of fungi is being described by the above statements ?
(a) Phycomycetes
(b) Deuteromycetes
(c) Basidiomycetes
(d) Ascomycetes

Question. Which of the following statements regarding cyanobacteria is incorrect?
(a) It is also called blue green algae.
(b) They are chemosynthetic autotrophs.
(c) It forms blooms in polluted water bodies.
(d) It is unicellular, colonial or filamentous, marine or terrestrial bacteria.

Question. Assertion : Outside a living cell, viruses have must crystalline statements.
Reason : Viroids have a protein coat.

Question. Assertion : Lichen is important for chemical industries.
Reason : Litmus and Orcein are formed from lichens.

Question. Which of the following pairs is not correctly matched ?
(a) Anabaena – Cyanobacteria
(b) Amoeba – Protozoa
(c) Gonyaulax – Dinoflagellates
(d) Albugo – Chrysophytes

Question. Select the correct match from the given option.
(a) Occurrence of dikaryotic stage – ascomycetes and basidiomycetes.
(b) Saprophytes – They are autotrophic and absorb soluble organic matter from dead substrates.
(c) Vegetative mean of reproduction in fungi – fragmentation, budding and sporangiophores.
(d) Steps involved in asexual cycle of fungi – plasmogamy, karyogamy and meiosis in zygote resulting in haploid spores.

Question. Choose the correct names of the different bacteria given below according to their shapes.

Question. The figure given below shows the structure of a bacteriophage. Identify its parts labelled as A, B, C and D.

Question. The given figure shows some structures labelled as A, B, C and D. Which structure has the protein coat that encloses the nucleic acid?

Question. Lichens indicate SO2 pollution because they
(a) show association between algae and fungi.
(b) grow faster than others.
(c) are sensitive to SO2.
(d) flourish in O2 rich environment.

Question. In some viruses, RNA is present instead of DNA indicating that
(a) their nucleic acid must combine with host DNA before replication.
(b) they cannot replicate.
(c) there is no hereditary information.
(d) RNA can transfer heredity material.

Question. A fungus contains cells with two nuclei from different genomes. The nuclei do not fuse but divide independently and simultaneously as new cells are formed. This fungus belongs to
(a) phycomycetes
(b) zygomycetes
(c) deuteromycetes
(d) basidiomycetes

Question. Bacteria are found to be primitive organisms because they
(a) are small, microscopic which are not seen with naked eye.
(b) cause serious diseases to human being, domestic animals and crop plants.
(c) produce endospores which are very resistant to adverse conditions.
(d) possess incipient nucleus and show amitotic division.

Question. Mycorrhizae are useful for plants because they
(a) fix atmospheric nitrogen.
(b) enhance absorption of nutrients from the soil.
(c) kill insects and pathogen.
(d) provide resistance against abiotic stresses.

Question. A specimen of fungus is brought by a student for identification. Upon close examination, he discovered that its hyphae are completely septate and it has gills on the underside of the pileus. To which fungal group does it most likely belong ?
(a) Basidiomycetes
(b) Zygomycetes
(c) Ascomycetes
(d) Chytrids

Question. Fungi show asexual reproduction by all of the following kinds of spores except
(a) conidia
(b) oospores
(c) sporangiospores
(d) zoospores

Question. Protozons are not included in kingdom animalia because they are
(a) mostly asymmetrical.
(b) unicellular eukaryotes.
(c) heterotrophic in nature.
(d) multicellular prokaryotes.

Question. Identify the basis of classification of fungi into phycomycetes, ascomycetes, basidiomycetes and deuteromycetes.
i. Fruiting bodies
ii. Nature of habitat
iii. Morphology of mycelium
iv. Mode of spore formation
(a) i & ii only
(b) ii & iii only
(c) i, iii, & iv only
(d) All of these 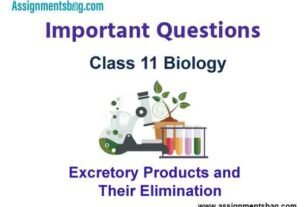 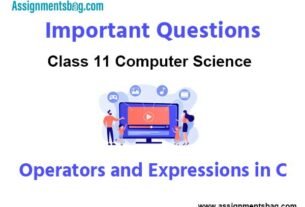